Tens of thousands of women and children were ‘catastrophically’ harmed by three avoidable health scandals, a damning report concludes today.

It says crippling symptoms were dismissed as ‘women’s problems’ by intimidating or arrogant doctors and surgeons. Patients who complained faced an ‘unresponsive and defensive’ healthcare system.

The inquiry said lives were ‘catastrophically affected’ by mistakes made with three different products: pelvic mesh implants, a pregnancy test drug and an epilepsy treatment.

It criticised the NHS, private health firms and regulators for failing to listen to patients or spot the signs when things went drastically wrong. 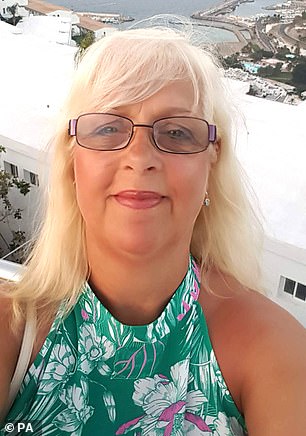 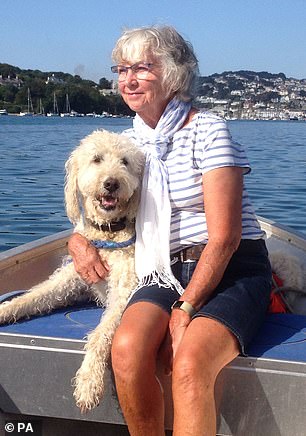 Debbie Cox (left) a mother-of-two, 56, who was forced to retire early after complications from a mesh implant and Madeline Marchand (right), whose bladder was damaged

The decades that led to a medical debacle

The scandal unfolded over many decades. Baroness Cumberlege, the former health minister who led the review, called for sweeping reforms, including an overhaul of the Medicines and Healthcare Products Regulatory Agency, which polices the safety of drugs and medical devices.

She also urged the Government to appoint an independent patient safety commissioner. An official response to her recommendations is expected in Parliament today.

The inquiry gathered evidence from hundreds of families affected by the public health disasters, some dating back over 60 years.

It examined the use of pelvic mesh, the hormone pregnancy test drug Primodos and epilepsy drug sodium valproate.

In a letter to Health Secretary Matt Hancock, Baroness Cumberlege said patients had been let down by the entire health system – from the NHS to manufacturers of medical equipment.

‘I have conducted many reviews and inquiries over the years, but I have never encountered anything like this – the intensity of suffering experienced by so many families, and the fact that they have endured it for decades,’ she said.

‘Much of this suffering was entirely avoidable, caused and compounded by failings in the health system itself.

‘The first duty of any health system is to do no harm to those in its care, but I am sorry to say that, in too many cases concerning Primodos, sodium valproate and pelvic mesh, our system has failed.

‘We met with people, more often than not women, whose worlds have been turned upside down, their whole lives, and often their children’s lives, shaped by the pain, anguish and guilt they feel as the result of Primodos, sodium valproate or pelvic mesh.

‘It has been a shocking and truly heart-rending experience. We owe it to the victims of these failings, and to thousands of future patients, to do better.’

The 277-page report examined how the health service responded to concerns over the three treatments, with evidence gathered from more than 700 families over the past two years.

Up to 100,000 women were given plastic mesh implants, in many cases to treat incontinence caused by pelvic injuries suffered in childbirth. 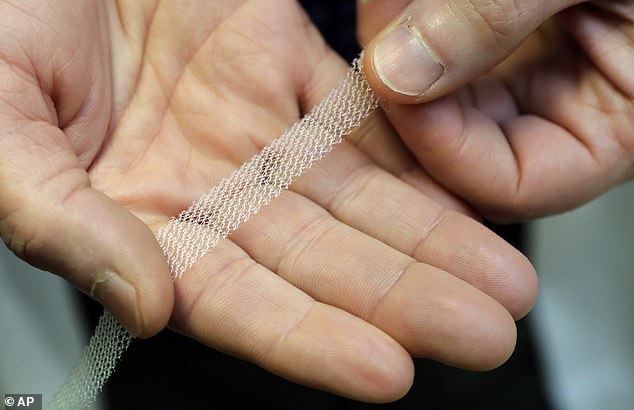 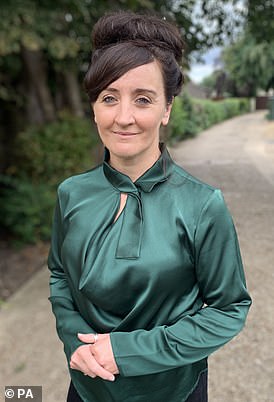 Her tireless campaigning has been vindicated by today’s damning report.

But Kath Sansom says there is ‘no glory’ in knowing thousands of women could have avoided unnecessary suffering as a result of complications from mesh surgery.

She founded pressure group Sling the Mesh after her own suffering. The mother-of-two, from March, Cambridgeshire, had mesh fitted on the NHS in 2015 to treat stress urinary incontinence.

It was removed after half a year but the damage was done. ‘I used to do high board diving, mountain biking and ran my own photography business,’ she said. ‘I’ve had to give up those things and I will probably need regular specialist physiotherapy for the rest of my life because of the pain.’

The review found thousands of women could have been spared life-changing complications if health watchdog NICE’s guidance had been properly followed, for example by allowing only experienced surgeons to carry out the procedure and keeping a national record of patients.

The Daily Mail’s Good Health team has campaigned on the scandal for years.

Primodos, a pregnancy test introduced in the 1950s, is suspected to have caused miscarriages and brain damage, heart defects and shortened limbs in children – a claim disputed by its manufacturer. Baroness Cumberlege said the thousands of patients who did voice concerns were simply dismissed.

She added: ‘We have found that the healthcare system – in which I include the NHS, private providers, the regulators and professional bodies, pharmaceutical and device manufacturers, and policymakers – is disjointed, siloed, unresponsive and defensive.

‘It does not adequately recognise that patients are its raison d’etre.

‘It has failed to listen to their concerns and when, belatedly, it has decided to act it has too often moved glacially.

‘Indeed, over these two years we have found ourselves in the position of recommending, encouraging and urging the system to take action that should have been taken long ago.’

Mesh surgery was paused when the inquiry was announced by former prime minister Theresa May in 2018.

The review noted that the true number of patients harmed will never be known. It called on the Government to apologise to victims and set up a ‘redress agency’.

Other recommendations include a national register of all patients fitted with medical equipment in future and doctors being forced to declare any financial interests on the General Medical Register.

Health minister Nadine Dorries paid tribute to the victims and said the health system must learn from those it failed.

She added: ‘I want to pay tribute to the patients and families whose lives have been turned upside down by mesh, sodium valproate and Primodos, and to thank them for their brave contributions to this report.

‘While the NHS is a beacon of brilliant care and safety in the majority of cases, as this report demonstrates, we must do better. Our health system must learn from those it has failed.

‘We will now give this independent review the full and careful consideration it deserves.’

My marriage and job didn’t survive

Complications from a mesh implant forced Debbie Cox to retire early from teaching.

In 2001, she was fitted with mesh after a prolapse following childbirth. For five years, she says she was ‘fine’ but then started to experience side effects including bladder and pelvic pain.

Miss Cox, 56, from Tyne and Wear, said that for almost ten years her pleas for help went largely unanswered.

Around the same time, her marriage of 26 years ended, which she partly attributes to her health problems.

The mother-of-two said: ‘If I had been told that these are the potential risks of this mesh being inserted and that over time, it could erode, move, cause extreme pelvic pain, frequent urinary tract infections or cause immune issues, I would never have agreed to have this done.’

Miss Cox had a full removal in March. ‘And only four months on, the difference is outstanding,’ she said.

I couldn’t even sit without pain

When Madeline Marchand was told the simple procedure would solve all her problems, she was sold.

The retired estate agent had the mesh implant fitted in 2010 after suffering incontinence.

But the surgery, which was carried out privately, went wrong. ‘By the time the evening came, at which point I was supposed to be home, I was bleeding hugely,’ she said.

‘The surgeon had to be recalled from his home in the evening,’ she added.

Mrs Marchand made many return visits, in so much pain that she could not stand or sit without discomfort.

The 70-year-old from Kingsbridge, Devon, lived like this for years until it was discovered that the mesh had damaged her bladder.

She now struggles with even simple pleasures – such as gardening.

She said: ‘The pain in the groin is acute, the whole region is numb, and whilst I can walk, any bending down, gardening, or anything which extends the right leg, is out of the question.’

Pregnant mothers not told of risks

By Kate Pickles, Health Correspondent for the Daily Mail

Hundreds of babies are being born each year to mothers who were unaware their medication could harm them in the womb.

It is thought that as many as 20,000 infants were badly affected by the anti-epilepsy drug sodium valproate. Regulators knew of the risks as far back as 1973 but it was not until 2015 that clear warnings were published.

Even now, some women are taking the medication while pregnant without any knowledge of the risks, the Independent Medicines and Medical Devices Safety Review found.

It said: ‘This means that babies are still being born today – estimates suggest hundreds a year – exposed to sodium valproate despite the risk being well recognised and undisputed.’ The report concludes that it took ‘too long’ for the healthcare system to respond to the dangers. 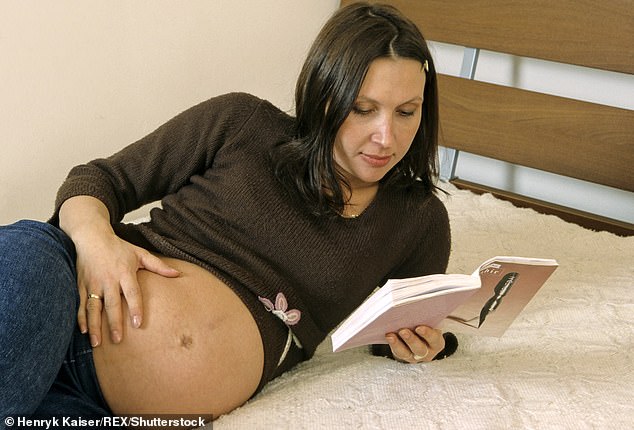 Research suggests that one in ten unborn children exposed to the medication is likely to suffer a physical birth defect such as spina bifida, hare lip and cleft palate, heart problems and limb defects. Around 40 per cent will have a developmental delay or autism.

But the inquiry found the healthcare system has failed to ensure every woman of child-bearing age on sodium valproate was continuously monitored, advised of the risks and aware of the Pregnancy Prevention Programme.

The review sets out how the drug was a known teratogenic – a medicine harmful to a developing foetus – in animals at the time of licensing.

The authors of the report recommended the NHS send advice to all women of ‘child-bearing potential’ who are taking the drug.

Susan Cole, of the campaign group Valproate Victims, said: ‘It’s quite overwhelming to me that 50 years after valproate was first used we have at last been heard. This review should be shaking up the pharmaceutical industry and addressing the harm done but it has shown to have been bogged down against its will, in addressing the inadequate systems within the UK’s healthcare bodies and organisations.’

Brian Blessed claims Her Majesty is a huge fan of Flash...