‘He knows how to behave… next season for him will be better’: Carlo Ancelotti willing to give Moise Kean another chance after £36m Everton striker flouted lockdown rules and has struggled to settle in English football

By Dominic King for the Daily Mail

Carlo Ancelotti is prepared to give Moise Kean a fresh start after speaking to the errant striker over his breach of discipline.

The Italy Under-21 international helped purchase respiratory machines and face masks for hospitals in his native land in March but, little more than a month later, found himself on the front pages for flouting lockdown rules by hosting a party in his Cheshire apartment then posting footage online.

Ancelotti, Everton’s manager, was hugely frustrated, as was Director of Football Marcel Brands. Kean was fined two weeks wages, worth around £100,000, and warned about his future conduct. It is understood that Kean, a £36million signing from Juventus, was contrite. 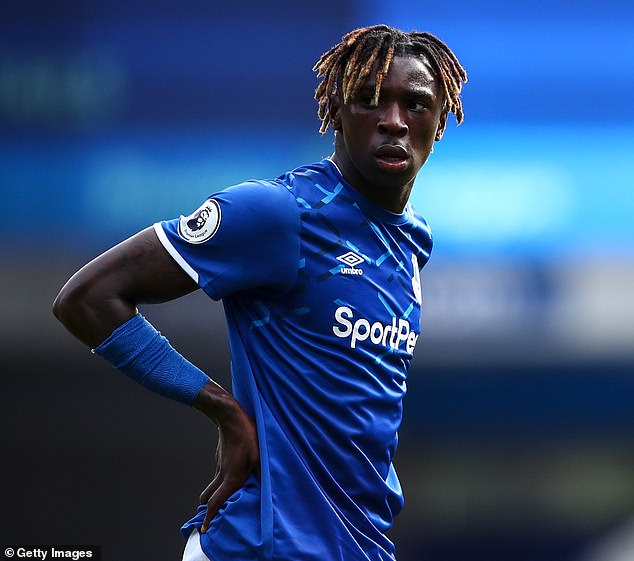 There has been speculation about Kean potentially returning to Italy following a difficult campaign.

He has only scored one Premier League, has not started since January 21 and has only played 71 minutes over six fixtures since the beginning of February. 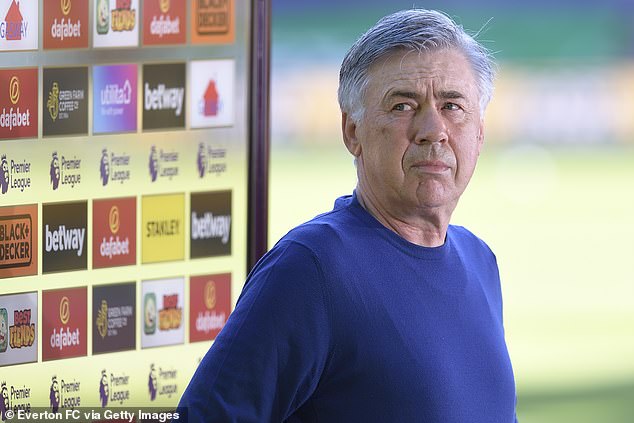 ‘He has come to a new country. Second, you have to consider he is only young and so maybe he needs more time to adapt. Third is for most of the players it was difficult to get through this (lockdown) period because they were alone at home.

‘We have to take all this into consideration and next season for him will be better. Moise is part of the team, part of the squad. He didn’t play a lot this season, but the competition among the front players in our squad is really high. We have fantastic strikers.’

Everton face Leicester at Goodison Park on Wednesday night. Qualifying for Europe is still a target but, according to Ancelotti, it is not one that will determine their transfer plans, as he said: ‘What I say to everyone who does not play, they have to stay focused – be ready for the opportunity.’