By Danny Gallagher For Mailonline

Livewire Watford striker Andre Gray has used the temporary break from football to recount some of his best memories of the game.

The 28-year-old took to social media to communicate with fans during the Covid-19 lockdown, and answered questions to keep in touch with Watford supporters who are missing the beautiful game.

During the live chat on Watford’s official Instagram channel, Gray clattered through a series of topics, including the fastest players in the Watford squad, the best player he’s ever faced and some of the funniest training ground moments. 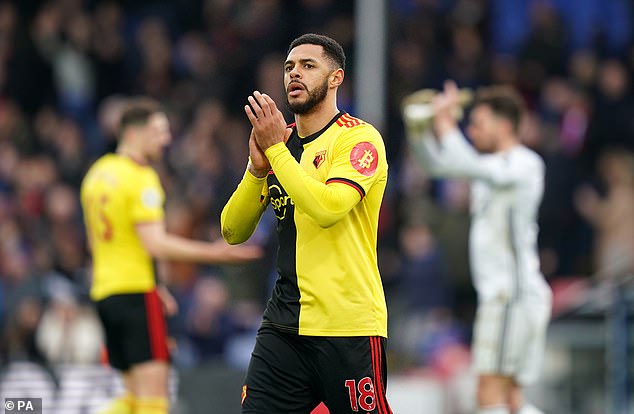 Hornets fans were keen to get some insider information from the star forward, and wasted no time in asking him who the best player he’s ever played with is.

‘Richarlison,’ Gray responded in matter-of-fact manner. ‘I think he surprised a lot of people when he came here. 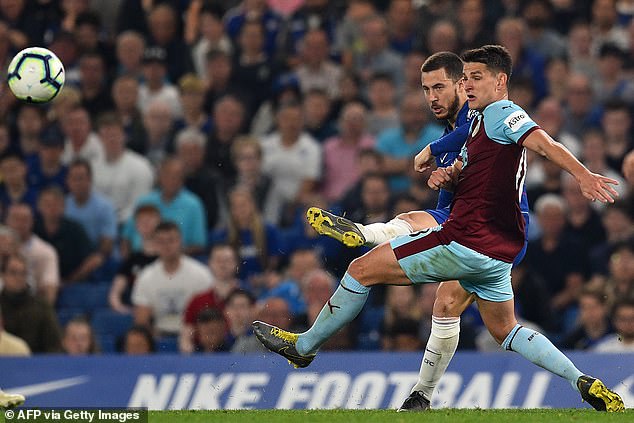 ‘There is a stereotype about the way Brazilians play, all tricks and glamour to their game. But he’s got grit and he’s fit for Premier League, the way he plays, we knew straight away.’

Gray was then promptly asked, in similar fashion, about the best player he has ever come up against.

‘It’s Eden Hazard. I Remember at Burnley he played with against us with his laces undone and just ran around like he was training.’

Many fans were keen to know what moments in Watford training live long in the memory, sending Gray off on a tangent which involved a large quantity of sugary snacks.

‘We have some fun moments. I’m gonna say, we did a challenge last season, who could eat pack of Krispy Kreme donuts the quickest.

‘Watching people nearly throw up was quite funny. It was tough.’ 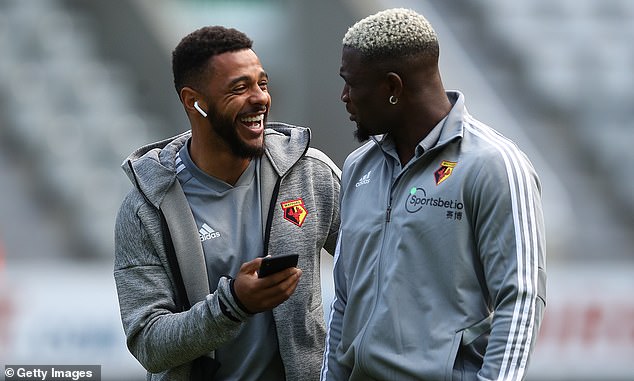 Special praise was then singled out for young Senegal forward Ismaila Sarr, who was the star of the show during Watford’s recent sublime and shock victory over league leaders Liverpool.

When asked who is the fasted player in the Hornets squad, Gray added: ‘That’s easy, Ismaila Sarr.

‘[He is the] fastest player i’ve ever played with, by far. You can’t get near him.’

What does YOUR sneeze say about your personality?

What does YOUR sneeze say about your personality?