He is one of the most powerful and popular figures in the Government, but Chancellor Rishi Sunak chose not to attend the Cabinet sub-committee meeting to discuss an overhaul of local lockdown rules on Monday afternoon.

Instead, he dispatched a junior minister, John Glen, to repeat his vehement objections to the ‘traffic light system’ of restrictions proposed for 13 million people in the north of England.

Instead of introducing yet more complicated curbs, Sunak’s view is that the Government should be plotting a clear path back to ‘normality’ to prevent further devastation to the economy.

For an hour the argument went backwards and forward, with Cabinet Office minister Michael Gove chairing the virtual proceedings from his office. When the meeting ended, Glen told his boss ‘there had been a good and lively discussion’ but no decision had been taken. 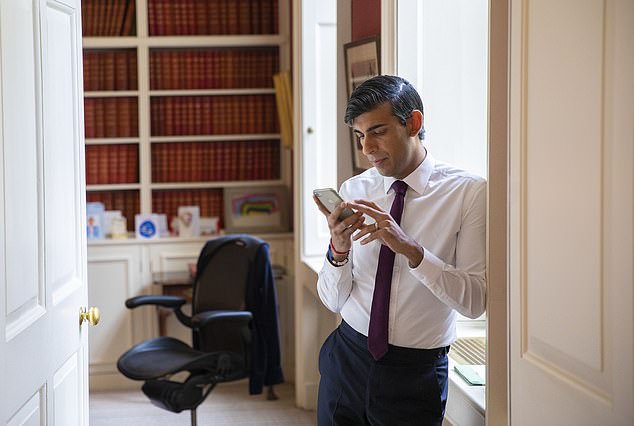 So it came as a surprise to the Treasury team on Tuesday morning to see headlines and hear news bulletins trumpeting that the Government was pressing ahead with its traffic light system regardless of some senior ministers’ objections.

The Chancellor was furious. ‘If a decision was going to be taken at that meeting I think it’s fair to assume that Rishi would have gone in person,’ one senior Tory MP confided.

So what went wrong?

Westminster sources are pointing the finger at Health Secretary Matt Hancock who since the start of the pandemic has made much of putting the health of the nation before the economic wealth.

Had he briefed journalists that the traffic light system was a fait accompli, out-manoeuvring the Chancellor?

Whatever the truth the rift between Sunak and Hancock is increasingly being felt across the Cabinet, with Business Secretary Alok Sharma and International Trade Secretary Liz Truss just two of those lining up behind the Chancellor.

The role of Michael Gove, a free market Brexiteer, is also the subject of much speculation at Westminster. Before Boris Johnson was hospitalised in April, it was widely reported that Gove was emerging alongside the Chancellor as a ‘hawk’, arguing for a swift exit from the lockdown. 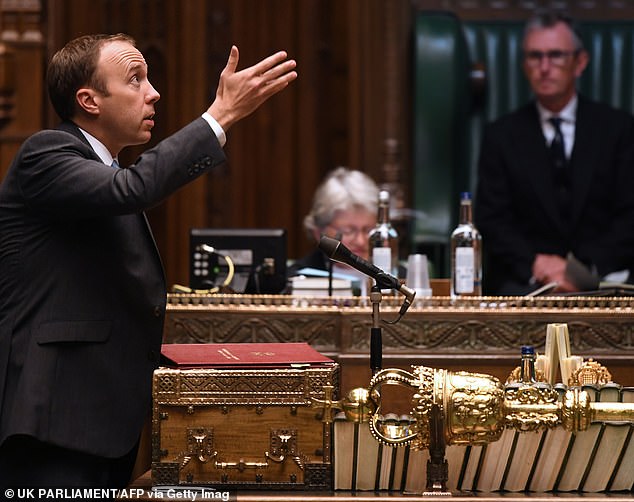 But, like the PM himself, it is reported that he’s changed his mind and is now in the doves’ corner – along with Hancock –arguing in favour of localised lockdowns. One source close to Gove suggests it is rather more nuanced than that.

‘He sees his role as to try to facilitate a Cabinet consensus for the Prime Minister’s position.’

And as for the Sunak vs Hancock scenario?

‘It’s not unusual for different secretaries of state to argue for their sectors,’ according to another senior source. Perhaps.

But there are suspicions that the Treasury took revenge with reports yesterday that the Chancellor was demanding clearer guidelines and more transparency on decision-making before lockdown is triggered.

It is common knowledge that Sunak has serious reservations about plans to shut down pubs and restaurants in northern England next week – a policy championed by Hancock.

Of course, Rishi Sunak, 40, has one eye on voters in the so-called ‘Red Wall’ in the former Labour heartlands of the North and the Midlands who delivered the 2019 election victory.

He has the most prominent Northern seat – Richmond in Yorkshire – of any Cabinet minister and is positioning himself as their champion and as a future leader of the party.

At 42, Matt Hancock is no less ambitious. He ran for the Tory leadership last summer but quit after the first round after securing a modest 20 votes.

For the moment though, Sunak has a definite edge, In successive polls, he emerges as the most trusted minister.

On the Conservative Home website this week, he was given an approval rating of 82 per cent – some 12 per cent ahead of his nearest rival. Hancock was on minus 3 per cent.

‘Do not underestimate the rivalry between these two’ said one senior source last night.

‘It’s all going horribly wrong for Hancock who can appear tetchy and bumptious. Test and trace is a mess and the lockdown which he advocates doesn’t seem to be working.

‘Rishi is a consummate Commons performer and when he talked about “living with the virus and not fearing it” his stock soared even higher. But it’s easy to be popular when you’re giving money away. The real test for Rishi will come when the furlough scheme ends and unemployment starts rising sharply.’

Matt Hancock was accused of trying to ‘bounce’ Boris Johnson into closing the hospitality sector in the North last night as he warned Britain faced a ‘perilous moment’.

In a speech to an NHS conference, the Health Secretary said he was ‘very worried’ about a surge in hospital admissions in recent days.

His comments came as Whitehall sources accused the Department of Health of trying to ‘lock in’ proposals for sweeping curbs on hospitality in hotspots in the North before they are agreed.

Downing Street yesterday denied reports that the Prime Minister had ‘signed off’ on a package of restrictions that would involve the closure of all pubs and restaurants in the worst hotspots next week. 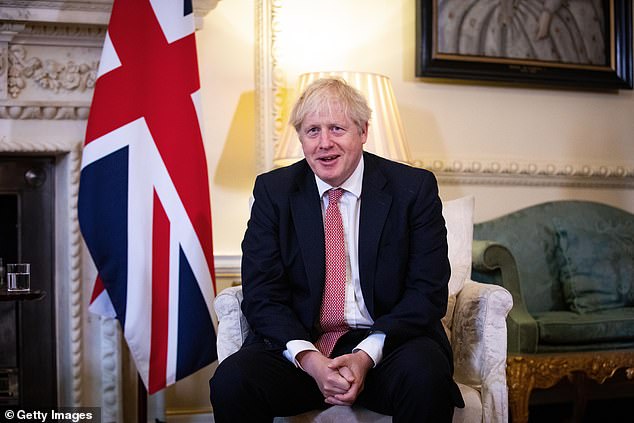 The PM’s official spokesman said ministers were still ‘considering a range of options’. Some of these stop short of the full closure of the hospitality sector, including limiting opening hours.

A Whitehall source suggested that senior figures in the Department of Health were trying to bounce the Government into taking tougher measures by suggesting they had already been agreed. ‘Health want it locked in now,’ the source said.

‘They didn’t get what they wanted last time when they were pushing for a circuit break so they are trying to get it locked in now by suggesting it’s a done deal. It isn’t.’ 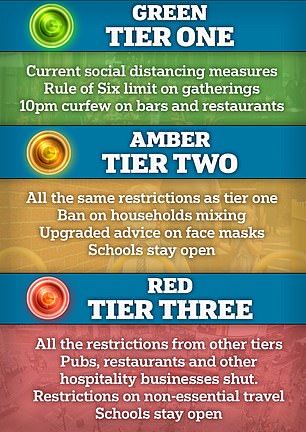 Leaked documents suggest the PM is poised to unveil a new three-tier system of lockdown measures designed to make the system easier to understand.

Areas with relatively low infection levels will be placed in tier one, where only national restrictions such as the rule of six and 10pm curfew will apply.

Tier two will also include bans on home visits and indoor socialising with other households.

Options for tier three include total closure of the hospitality sector, a ban on overnight stays outside the home and the closure of venues such as cinemas. A Treasury source said the measures should be ‘as reticent as possible’.

A source close to Mr Hancock said: ‘No one is trying to bounce the Prime Minister into anything.’