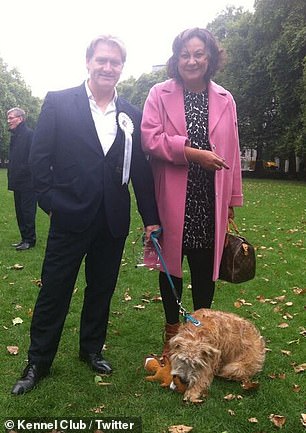 The Strangers’ Bar in the House of Commons, which boasts the best selection of real ales in Westminster, has witnessed its fair share of ‘incidents’ due to inebriation of MPs and their guests over the years.

But what took place one February night in 2012 involved a level of violence not seen before.

Snarling that there were ‘Too many ‘f****** Tories in here’ during a late night drinking session, the then Labour MP for Falkirk, Eric Joyce launched a violent attack on four politicians.

The former Sandhurst graduate and major in the Black Watch ‘nutted’ both a Conservative MP (giving him a bloody nose and concussion that required hospital treatment) and a Tory councillor.

He then punched another Tory councillor, splitting his lip, before turning on a Labour whip Phil Wilson, punching him in the face. Witnesses described Joyce, who had to be restrained by eight police officers, as having ‘glazed eyes’ and looking like ‘nobody was at home’ while he kicked out and shattered a glass pane.

As he was dragged away, the man who had served as a Labour Northern Ireland spokesman, was heard bellowing: ‘You can’t touch me I’m an MP.’

That blood-soaked brawl led to a criminal conviction for Joyce who was arrested an astonishing five times – for drink and violence-related offences – in his 15-year career as an MP.

Now he has plumbed unimaginable new depths by pleading guilty to making an indecent image of a child after the email was transferred between his computers when he ‘synced’ the devices.

There are, then many good reasons why the Labour Party would want to erase this disgraced character from its history – and least known amongst them is his pivotal role in the party’s worst election defeat since 1935, which was a direct consequence of his drink-fuelled fracas in the Commons.

Joyce, now 59, resigned from the Labour Party in 2012 but remained an MP until he stood down at the 2015 election, setting the scene for an infamous selection battle in the race to succeed him as MP.

Dozens of new members joined the Falkirk constituency Labour Party as allegations ran rife that the powerful trade union Unite was behind the sudden surge to try to rig the outcome.

Unite was backing trade unionist Karie Murphy, who was close to its general secretary, Len McCluskey. Murphy eventually withdrew from the race and an SNP candidate was subsequently elected. The Labour leader Ed Miliband was so appalled by the ‘Battle of Falkirk’ that he made a fateful change to Labour’s rules.

He devised a simple one member, one vote for future selection and leadership contests while cutting the price of joining the Party from £52 to £3 which saw 140,000 new recruits.

The result? After Miliband lost the 2015 election and resigned as leader, it was the 100-1 outsider, Jeremy Corbyn, a member of the party’s hard-Left, who stormed to victory. An estimated 84 per cent of the new ‘£3 members’ voted for him. 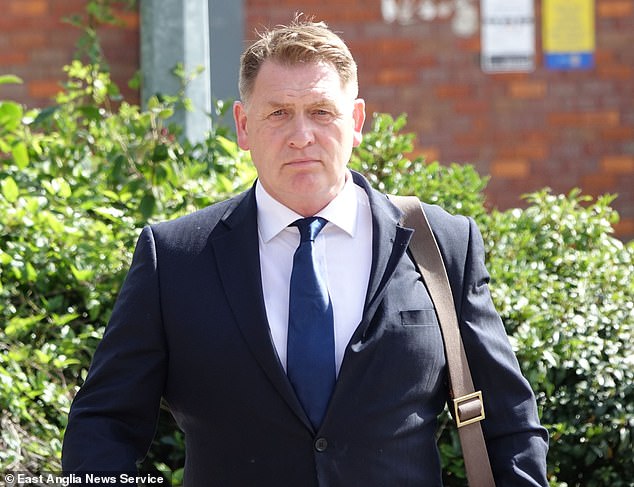 Meanwhile, Karie Murphy was rewarded with a job in Corbyn’s office – and a key role in the 2019 election campaign which resulted in a Tory landslide.

In Scotland, once a Labour stronghold, the party now has only one MP compared to the SNP’s 48. Joyce’s Falkirk constituency remains a safe SNP seat.

Ironically, Unite was subsequently cleared by Labour of any wrongdoing in the Falkirk selection so Miliband’s changes were in vain. But it is Eric Joyce’s long litany of criminal behaviour – culminating in his inclusion on the sex offenders’ register – that truly tarnishes the Party for which he quit the Army after branding it ‘snobbish, sexist and racist’ after 21 years.

His first arrest as an MP was in 2010 for failing to provide a breath test when he was stopped by the police. He was fined £400 and banned from driving for a year. Joyce resigned his front bench post after the conviction.

After the infamous February 2012 brawl, it emerged that Joyce had been in a relationship with a 17-year-old party volunteer, Meg Lauder, in the run-up to the 2010 election campaign. 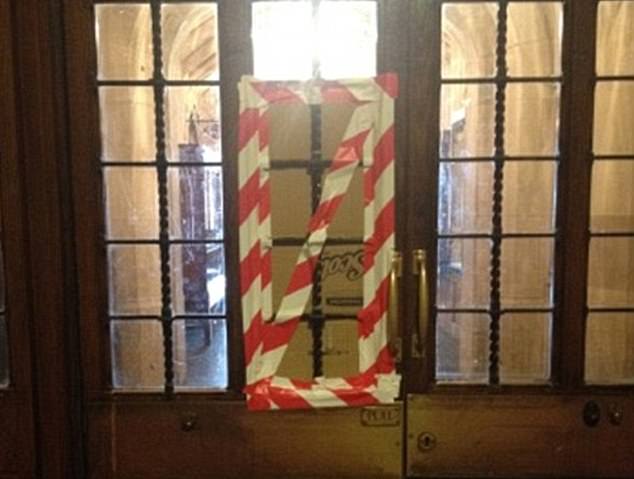 Joyce had to be restrained by eight police officers while he kicked out and shattered a glass pane, above, after punching a Tory councillor and Labour whip in the Commons bar

She visited his flat, had overnight stays without her parents’ knowledge, and claimed they had a sexual relationship. Joyce, who was separated from his wife Rosemary – from whom he is now divorced – and had school-age twin girls at the time, denied he had sex with the teenager.

In 2013 he was arrested for another Westminster scuffle but wasn’t charged.

Joyce has had a long relationship with the novelist and Sunday Times columnist, India Knight, 54, which started after the 2010 election.

Joyce and Knight had been due to marry, but she disappeared from social media recently.

Knight said on her return to Twitter this month. ‘Back now. Quickly want to say that whatever happened happened nearly two years ago. It was horrible for it to become public last week, but I have had two years’ worth of incredible help and support, and am fine.

‘I just felt ashamed, but then really – why should I? So. Onwards.”

One suspects that Eric Joyce will find it hard to share that sentiment this morning as he contemplates a well-deserved jail sentence.

By Andrew Levy for the Daily Mail

Disgraced former Labour MP Eric Joyce was warned yesterday that he faces jail after he admitted having an extreme child abuse video on a computer.

The ex-shadow Northern Ireland minister, who quit the party after drunkenly headbutting a Tory MP in 2012, had a 51-second film involving several children aged between 12 months and seven years old.

It was classed as Category A – the most serious level for indecent images of children which involves either sex, sadism or animals.

Joyce, who has a string of convictions, admitted searching for child abuse images on the internet while he was having problems with alcohol. Ipswich Crown Court heard that he claimed the vile footage arrived on his computer in a spam email – but confirmed he was aware of it. 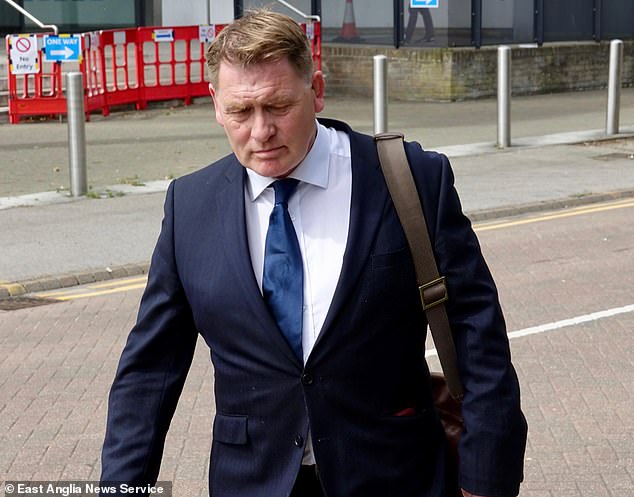 The 59-year-old former MP for Falkirk in central Scotland pleaded guilty to making an indecent image of a child after the email was transferred between his computers when he ‘synced’ the devices.

Judge Emma Peters adjourned the case for pre-sentence reports but told Joyce she was making ‘no promises’ about his punishment for the ‘serious offence’, which has a starting point of a one-year jail term. He is due to be sentenced on August 7.

Warning him such images ‘fuel the abuse of children,’ she added: ‘It’s going to be a question of whether it’s immediate or suspended.’

Joyce, who was granted bail, was also ordered to sign the sex offenders register. How long he remains on it depends on his sentence. He wore a smart blue suit and tie to court yesterday and spoke only to confirm his name, date of birth and nationality, and to admit the offence, which happened between August 2013 and November 2018. 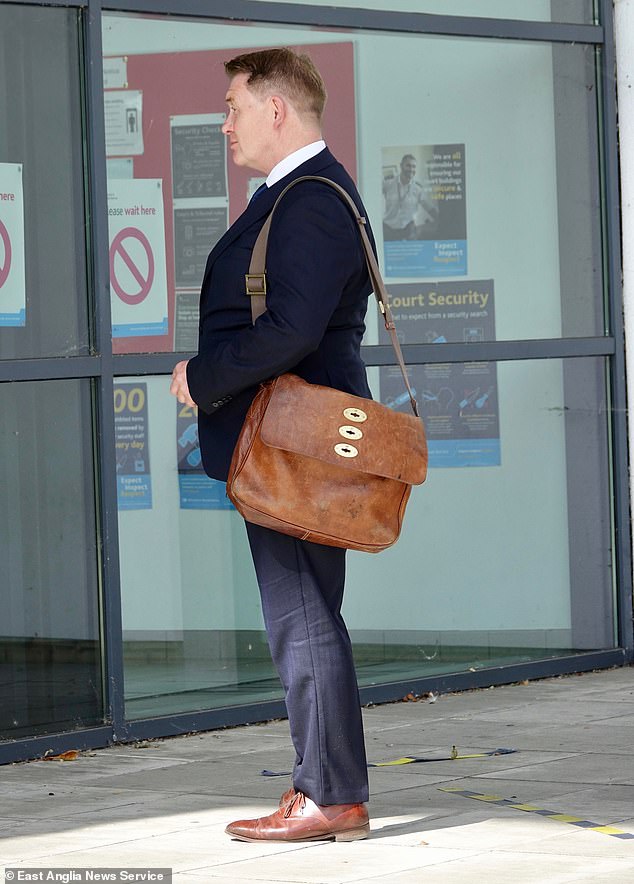 Prosecutor Michael Proctor said the Crown had no evidence to challenge the defendant’s claim that he received the video in an email.

But he said Joyce had accepted in his basis of plea that he had carried out internet searches for ‘all categories’ of indecent images of children.

Judge Peters was told that, at the time of the offence, he was ‘drinking heavily’ but had since undergone work with an anti-child sex abuse charity, and seen a psychotherapist.

After the case, the NSPCC described the type of footage that Joyce had on his computer as being part of a ‘sickening online trade’. A spokesman said: ‘Within horrendous content like this are young victims of child sexual abuse who will take a very long time to recover from their ordeals.’

Joyce was not accompanied to court. He has been in a long-term relationship with author and journalist India Knight, 54, announcing his engagement to her in 2015.

It was not clear last night whether they are still together. The remote house they share in Worlingworth, Suffolk, was bought in Miss Knight’s name for £1.35million in 2015. Born in Perth, Joyce obtained a BA in religious studies from Stirling University before attending Sandhurst. He served in the Army for 21 years, rising to the rank of major, before becoming the MP for Falkirk West in 2000. 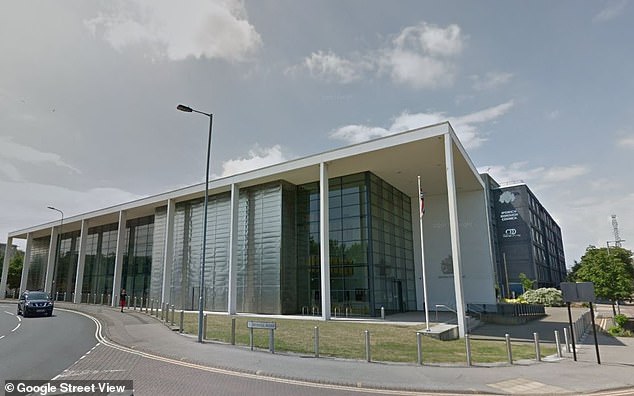 Ipswich Crown Court, above, heard that he claimed the vile footage arrived on his computer in a spam email – but confirmed he was aware of it (file photo)

Joyce’s former convictions include one from March 2012 after he went ‘berserk’ and assaulted four politicians in the Commons Strangers’ Bar.

Westminster magistrates fined him £3,000, ordered him to pay £1,400 compensation and imposed a 12-month community order after he lashed out when a group of Tories glanced over as one of his friends, amateur opera singer Stuart Niven, began singing loudly. Conservative MP Andrew Percy was shoved up against a wall when he asked him to sit down.

Joyce then swore at eight police officers who tried to restrain him and headbutted Tory MP Stuart Andrew, leaving him with concussion and a bloody nose. As he was dragged away, he shouted: ‘You can’t touch me, I’m an MP.’ Joyce left Labour to become an Independent MP for Falkirk in 2012 and stepped down before the 2015 general election.

He had resigned as a Labour Northern Ireland spokesman in 2010 after he was fined £400 and banned from driving for a year for refusing to give police a urine sample. In 2014 he admitted a breach of the peace following an altercation with airline staff at Edinburgh airport. He was fined £1,500 and ordered to pay £100 compensation.

And in 2015 he was given a ten-week jail sentence suspended for two years for common assault on two boys aged 14 and 15 in Camden, north London.