By Zelda West-Meads YOU for The Mail on Sunday 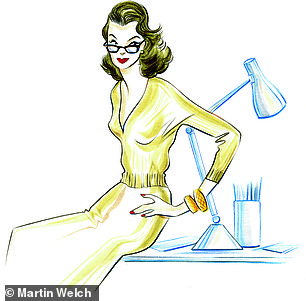 If you have a problem, email z.west-meads@you.co.uk. Zelda reads all your letters but regrets that she cannot answer them all personally

My husband’s family won’t accept me

I was widowed 23 years ago and after a few years I moved to a different part of the country where I met and married a man who was also a widower. However, his two grown-up children have never accepted me. My husband’s daughter is particularly venomous. She has warmed to me a little over the years but I think she has ulterior motives. We see little of her even though she lives very near and mostly only when she wants money. His sister-in-law has also been vile to me. I know they slept together a few times after his wife died. I always seem to be bottom of my husband’s priorities. He does not support me against his daughter and just stays tight-lipped. My children are always welcoming to him. I had come to the end of my tether and have spoken to my GP who suggested Relate. However, we have a lovely home which we bought together and I have spent quite a bit of my capital furnishing it to a high standard. My own family would like me to downsize and move closer to them but my husband will not even discuss it. It seems the only alternative will be to sell our home and for me to go it alone. I do still care for him, though the love has lessened due to the treatment I have received from him over the years. At times he just walks out and will not face facts. I have mostly been very tolerant but I have lost my temper on many occasions because of the frustrations of this marriage.

I’m sorry that your husband’s family have been so unwelcoming. Your sister-in-law is clearly jealous as she presumably wanted a relationship with your husband. Sadly, your stepdaughter appears rather materialistic. She may have been very close to her mother and simply hasn’t been able to get over that loss. In your longer letter, I notice that you don’t say anything about falling in love when you met your partner – you simply say that he ‘seemed like a quiet and stable man’ and that friendship led to a relationship. Is it possible that you were never really in love with your husband and his daughter sensed that? I don’t mean to excuse her behaviour (she sounds pretty awful); I am just looking for possible reasons. But the real problem here is your husband’s lack of support. He sounds difficult and uncompromising. He should defend you when his daughter is horrid and listen to your concerns. If you are very unhappy in the marriage, then it is simply not worth it to stay for the sake of your lovely house. So I would return to Relate (relate.org.uk), alone if he won’t go with you, to decide what you want to do. Do you think you could talk to your stepdaughter? I expect she is not nice enough to be receptive but it might be worth a try. Be careful not to lose your temper but ask her calmly if she dislikes you and explain how very much you would like things to be different. Ask your own children for their perspectives on the situation, too

Why did I agree to get involved with him again?

A couple of years ago, I met a man online who turned out to be in a relationship. But before I discovered this, he often tried to meet me late at night. When I refused, he was rude to me a couple of times so I ended it. However, about a year later, he happened to pull up next to me in heavy traffic and mouthed ‘I want you’ from his car. Stupidly, when he got in touch later, I agreed to see him again even though I knew he was still in a relationship. We met a few times and it was fun – then one day he asked me for money. When I refused and told him to ask his partner, he got angry and swore at me. I’ve not seen him since but it has left me feeling bad and wondering why I let this happen.

Please don’t feel bad about yourself – this is not your fault. Sadly, this man was already in a relationship and just trying to use you for sex. If he had been genuinely interested, he would have taken you out on proper dates to get to know you – not suggested meeting only when it suited him, hoping for sex. Also, you should never accept rudeness or lack of respect in a relationship. A partner should be kind and supportive. I think a lack of self-esteem has led to you not expecting much from men. It may be there is something in your past that has affected this, such as not feeling valued by your parents, or maybe your father didn’t treat your mother well. If you get some help to tackle this, it will enable you to have healthier relationships in the future. A good place to start is Mind (mind.org.uk) which has an excellent section on building self-esteem.

Dog friendship: Canine friends won’t stop waiting for each other at two sides of a university

Dog friendship: Canine friends won’t stop waiting for each other at...