A glamorous Australian boxer dubbed the ‘Blonde Bomber’ has exposed the creepy messages she receives from her male fans.

Ebanie Bridges juggles life as a mathematics teacher at Sydney’s Westfields Sports High School and is an undefeated champion boxer in the ring.

In a video chat with some friends, the 33-year-old revealed she has to deal with really weird messages and pictures that are sent to her DMs. 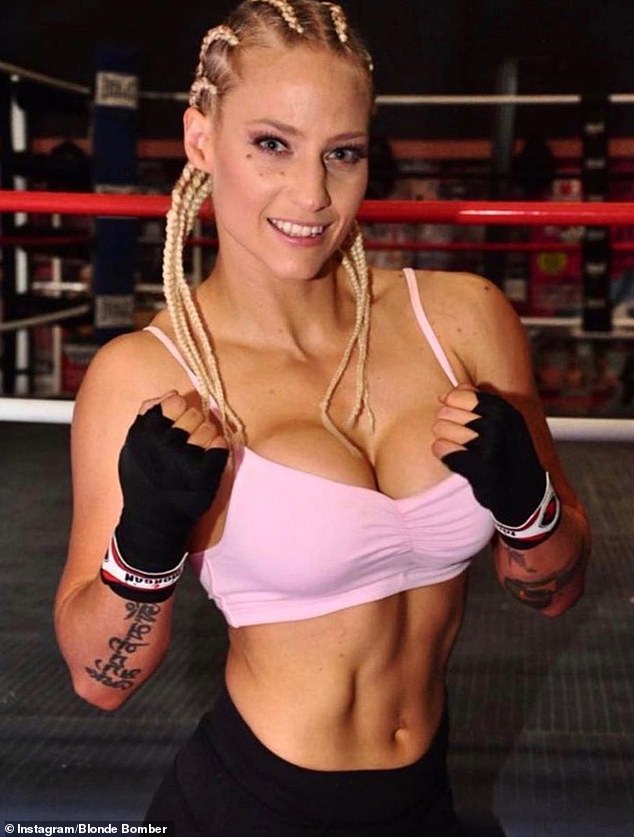 ‘They don’t even say hello, how are you it’s like “here’s my little d*ck”,’ Bridges (top right) said of the creepy DMs she receives

‘They don’t even say “hello, how are you” it’s like “here’s my little d*ck”,’ she said in chat while laughing.

‘Can I send you a pic of my d*ck and you can judge it? I just want to know what you think of it,’ Bridges said of another creepy message she’s received.

As the group laughed at the stories, Bridges questioned what exactly the men wanted her to reply with.

She however did say she responds to men who encourage her career and are supportive of her. 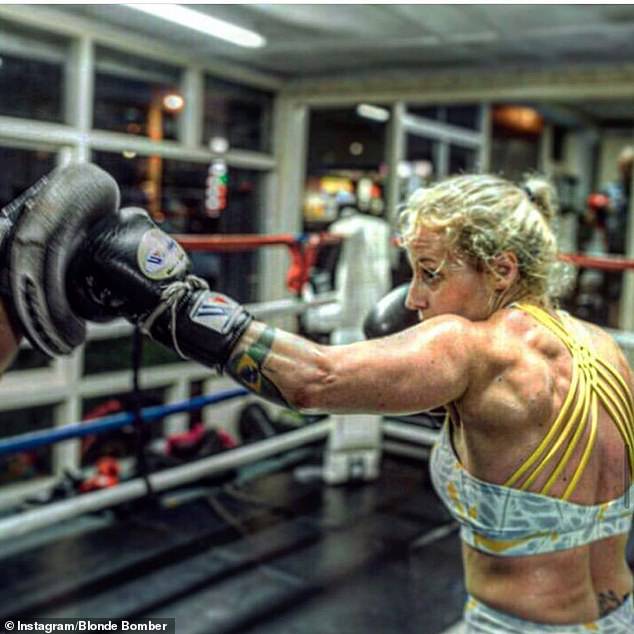 In The 33-year-old revealed that back in July, a UK boxing fan asked if she would sell him her used socks, which saw her pocket $900 (pictured in the ring) 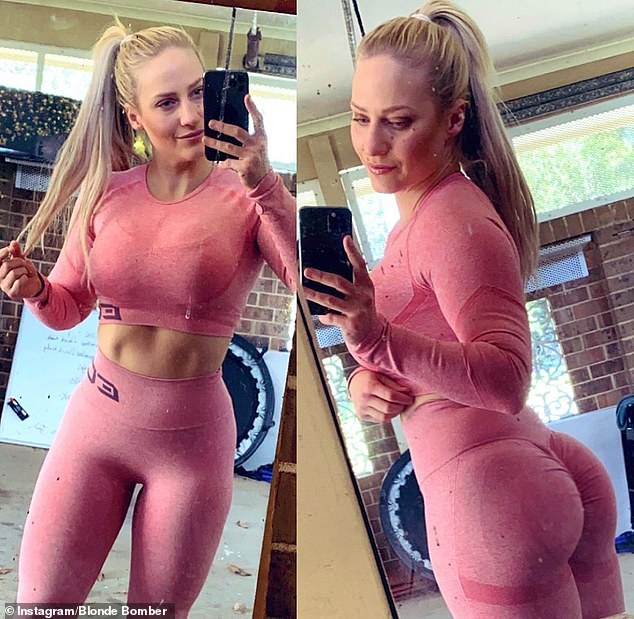 At one point, Bridges made $4,000 in less than four weeks with people even asking just for photos of her socks 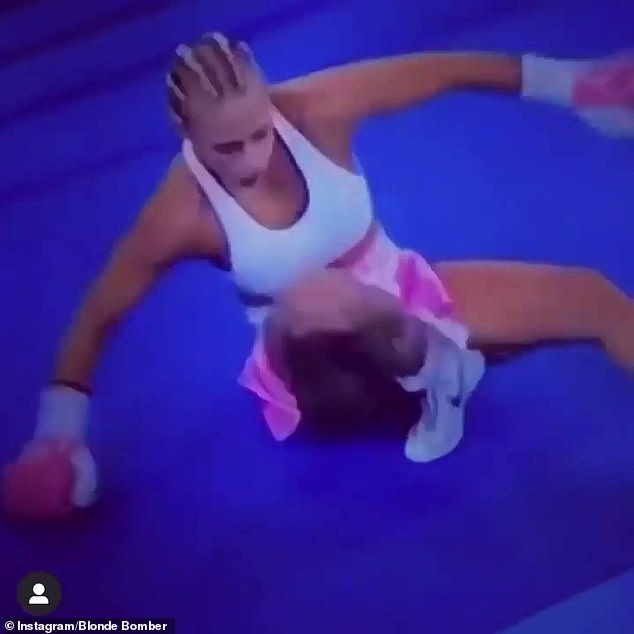 In May 2019, Bridges snapped her ankle (pictured) in the first 10 seconds of a fight

Last month, Bridges revealed that she was selling socks as a way to make some quick money.

While she was in the UK in July, a boxing fan asked if she would sell him her used socks, which saw her pocket $900.

She said what first started off as a joke with friends because a serious side-hustle to make extra money.

At one point, Bridges made $4,000 in less than four weeks with people even asking just for photos of her socks.

‘It’s so weird though because I feel like I’m selling nudes when I think about sharing a pic of my feet without a sock on it. It’s so weird,’ she told news.com.au.

‘It’s got nothing to do with my feet. It’s just to do with these people and their fetishes. I don’t think they even really care (about my feet).’

But Bridges is charging even more to fans who want a used sock for themselves, selling two socks from the same pair to two different people for $2,000. 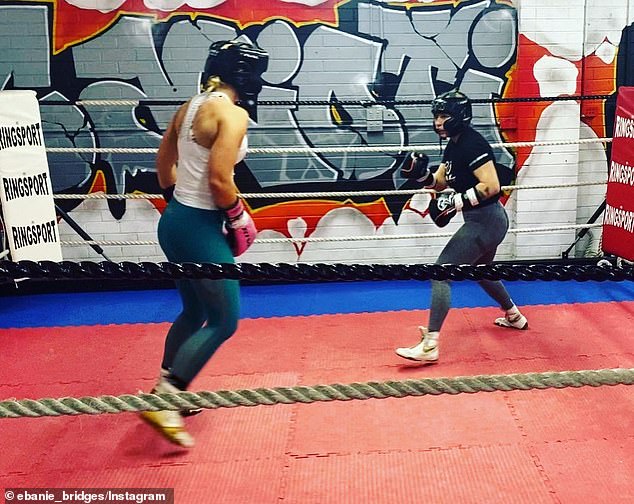 Bridges (pictured, in the ring) is also a maths teacher at Sydney’s Westfields Sports High School 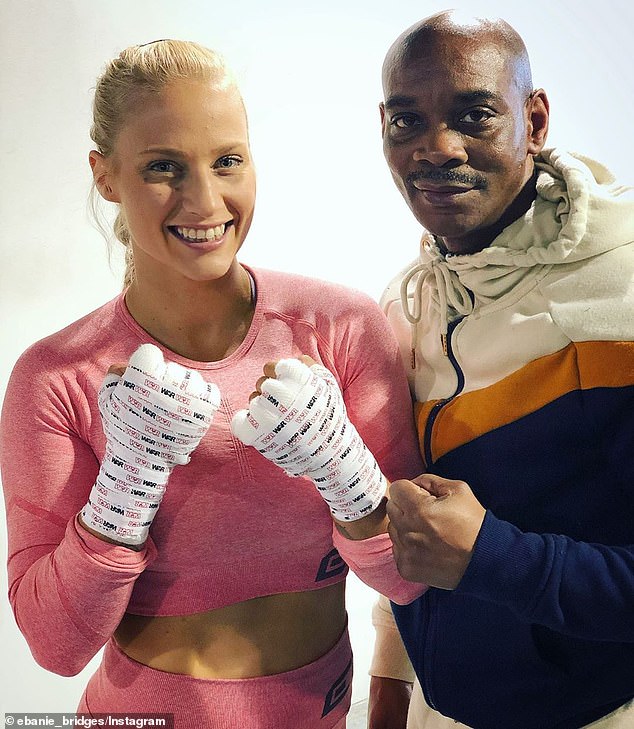 Bridges (pictured, left) admitted she finds it strange when she’s asked to sell pictures of her feet without socks on, saying it feels like she’s selling nude photos

Bridges has dedicated much of her life to teaching high school children and even runs empowerment clinics for at-risk teenagers and girls with anxiety.

Through the high school, she also runs 20 week boxing and life coaching seminars each week to instill confidence in her students.

Her inspiration comes from her own teenage years as Bridges said she had it ‘pretty bad’ in high school, but now wants to give back to people going through the same experience.

Bridges has pushed to break gender stereotypes as a maths teacher and boxer, previously telling Daily Mail Australia she was tired of getting a ‘weird reaction’ from people when she says what she does for work. 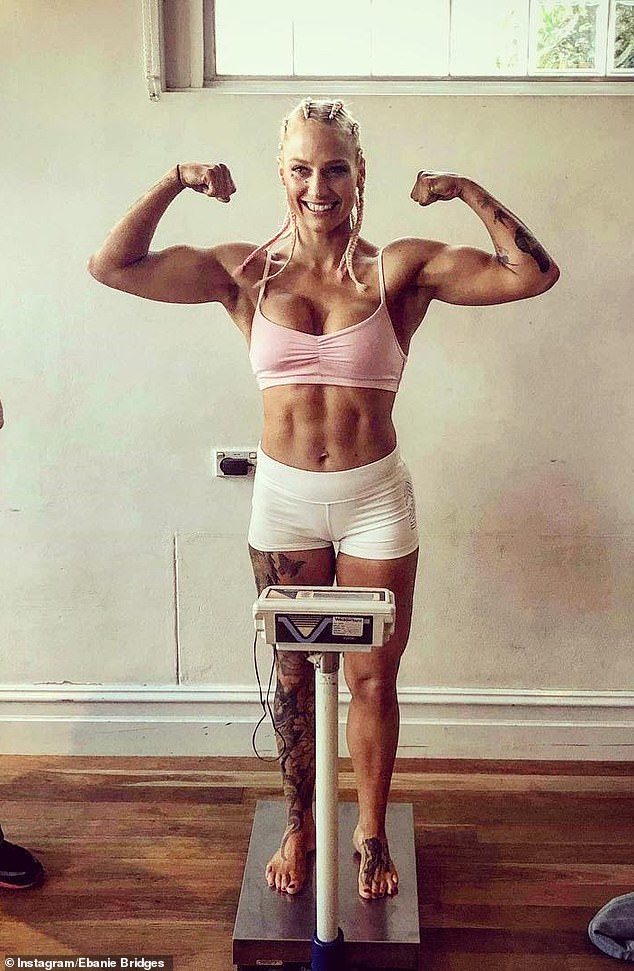 ‘I get a reaction no matter what I do, from boxing to being a maths teacher, because of the way I look,’ Bridges (pictured) said

‘They never believe me because of the way I look,’ she said.

Yet Bridges said her students have been really supportive and when they’re behaved she even lets them hold her winning belts from her matches.

‘I take it to school and they kids really love it.

The 33-year-old is a bigger name in the UK than in Australia and is looking to move to England as it has a more lucrative female boxing market.

If it weren’t for the global coronavirus pandemic, she would have already been there.

Bear peers into the living room of a house in Sierra Madre, California

Coronavirus deaths rise for FIFTH week in a row in England...

Bear peers into the living room of a house in Sierra...

Half a MILLION fish wash up on British beach in desperate...