A British Airways stewardess lost her job and suffered a severe mental breakdown after she got involved in a ‘toxic’ affair with a man she felt sorry for because he was homeless.

Sarah Kershaw, 48, had offered down-and out father of one John Jackson food and shelter after learning he was living in a tent in a friend’s garden.

But after they started dating, Jackson, 47, who was affectionately named ‘Jacko’ by Miss Kershaw, secretly told friends: ‘I am only banging her to steal her money’ before abusing her and plundering her valuables. 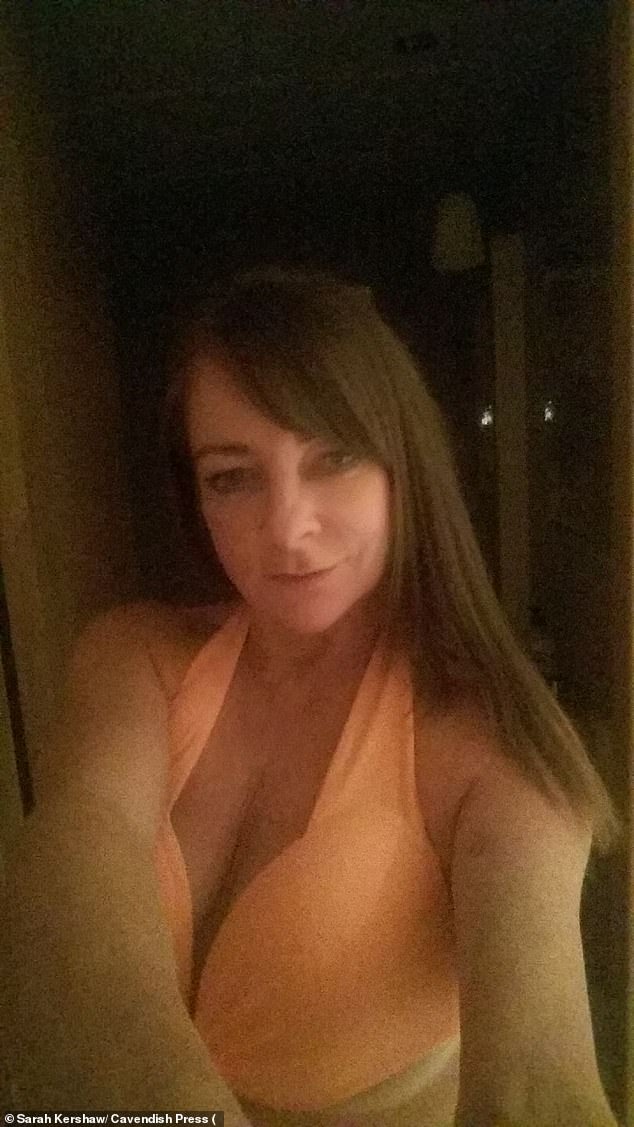 Sarah Kershaw, 48, had offered down-and out father of one John Jackson food and shelter after learning he was living in a tent in a friend’s garden, but after they started dating he began abusing her and plundering her valuables

During their two year fling, Jackson kept Miss Kershaw captive, would punch her repeatedly, smashed an ornamental glass stiletto shoe over her face and poured paint, red wine and HP sauce over her head.

He also sold off her iPad, mobile phone, camera and passport to buy drink and drugs or go gambling and even posted fake notes in the window appearing to be written by Miss Kershaw to make it appear to worried friends that she was not at home.

The terrified victim, from Heaton Moor, Stockport, Greater Manchester was initially too afraid to report Jackson but plucked up the courage to go to police after being beaten up by him over false claims she was being unfaithful.

She was subsequently offered voluntary redundancy by BA after the abuse she suffered caused her to take extra time off work and left her ‘incapable’ of looking after passengers’ food and drinks during flights.

At Minshull Street Crown Court, Manchester, Miss Kershaw fought back tears whilst reliving her ordeal in the witness box as Jackson, from Reddish, Stockport, was jailed for 33 months.

In a statement she said: ‘The sustained bullying which took place throughout the relationship damaged me physically and emotionally, and I have now been diagnosed with PTSD. I am now having counselling and am also on medication to treat awful depression and anxiety.

‘After he was arrested I had a complete breakdown and could not get out of bed, could not look after myself and had to stay with a friend for support just to survive. I have since questioned my decisions and lack confidence in my ability to form decent relationships with anybody.

‘My father passed away in March and I was told by Jacko’s friends that he was waiting for my dad to die in the hope that he could fleece me further. Up until recently I had worked as cabin crew on British Airways for more than 20 years.

‘As a result of the way he controlled me I took a lot of time off work. I could not go on shift if I had bruising and had to make excuses about why I wasn’t fit to fly.

‘I am now stuck having to look for work at an extremely difficult time with the pandemic.’ 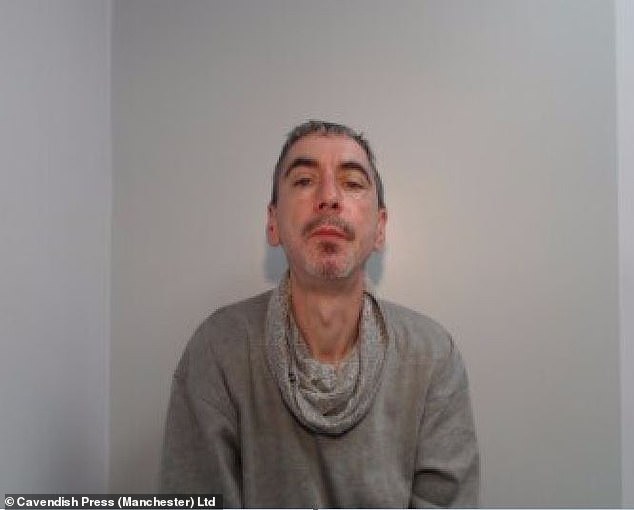 Jackson, from Reddish, Stockport, who had 65 previous offences on his record, was jailed for 33 months at Minshull Street Crown Court, Manchester

The court heard the pair had began dating in 2017 and Jackson moved into Miss Kershaw’s home but their relationship soon turned ‘toxic.’

Prosecutor Paul Hodgkinson said: ‘He misused amphetamines and alcohol and she says that throughout the relationship he threatened to harm her and used her money as his own to fund his drink and drug habits.

‘She contacted police on many previous occasions regarding abuse at the hands of the defendant but often then retracted statements.

‘He would create fictional notes to be put on the front and back window which suggested she was leaving the notes for the defendant to explain she had left for work and that no one would be home. This was a deliberate attempt to stop her getting help or going to police.

‘He accused her of sleeping around which she denied, and he became extremely aggressive. He jumped on top of her while she was lying in bed, clenched his fist and twisted it around her temple causing her a great deal of pain.

‘During the relationship he would also refuse to allow her to go anywhere in their home without him being present and followed her everywhere, which included him even insisting on watching her use the toilet.

‘She was so scared for her safety that she thought about jumping out of the window to escape. When she went to bed he would place items against the bedroom door to alert him should she try to escape.’

Jackson was eventually arrested in November last year but gave ‘no comment’ in police interview. He pleaded guilty to controlling and coercive behaviour, assault occasioning actual bodily harm and theft.

He had 65 previous offences on his record including battery against a different ex-partner in 2017.

In mitigation defence counsel Miss Vanessa Thomson said: ‘There is remorse expressed by him and some understanding of what he did.

‘This relationship is at an end and he wants to move out of the area upon his release. He claims she created some difficulties between him and his friends.’

But sentencing Judge Sophie McKone told Jackson: ‘You showed complete contempt for her feelings and behaved in an appalling way.

‘You engaged in behaviour which was designed to humiliate and you left her feeling terrified of you. For that period of time you wrecked her life.

‘She has been very brave by coming to court to lay out the impact your behaviour has had. She has lived in fear of you and felt worthless. Your behaviour towards her was completely unjustified and disgusting.’

Jackson was also banned him from contacting Miss Kershaw for 10 years under the terms of a restraining order.

Minnesota woman, 93, leaves obituary telling mourners: ‘In lieu of flowers, do not vote for Trump’

Homeowner watched as police fought to evict 160 partygoers trashing his...

HENRY DEEDES on the fizzball Chancellor and a pooped Prime Minister...