A family woke in terror fearing intruders were trying to get into their home – only to discover two cubs fighting on their welcome mat and ‘huge’ mother bear climbing the porch steps.

Pedro Rosas was at home with his wife and three children in South Lake Tahoe, California, on Saturday when he heard noises on his doorstep.

Worried he had interrupted a break-in, the 45-year-old waiter quickly checked his security cameras for the source. 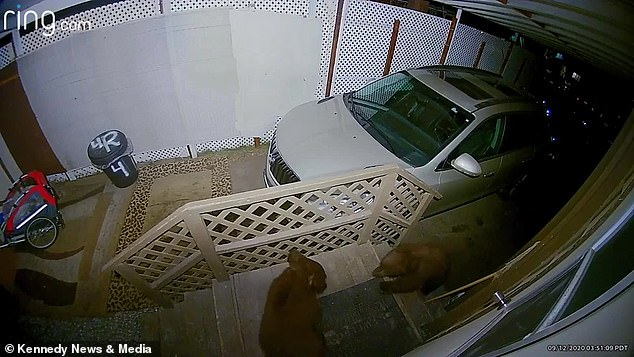 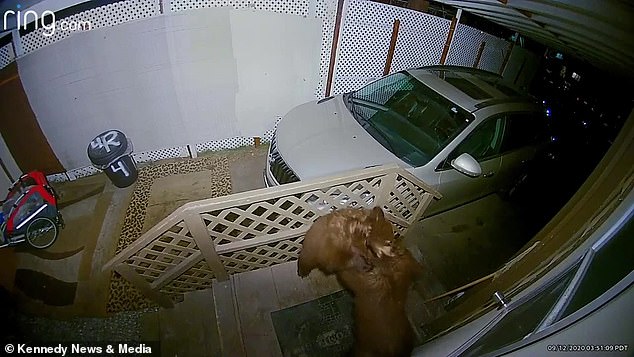 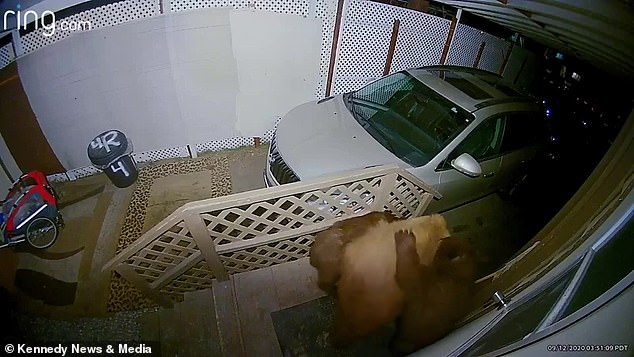 After inspecting the footage, he saw the two bear cubs, who were later joined by their mother

Mr Rosas was shocked when footage showed two cubs running past his SUV and up the wooden steps before having a stand-off on his welcome mat.

Rearing up on their hind legs, the youngsters battled briefly with one even pushing its sibling down the stairs.

As they continued to paw at each other, the bears’ mum appeared, climbed the porch steps and bustled between the quarrelling duo before continuing on her way.

After their mother had wandered off, the pair continued to scrap before one of the bears appeared to make an attempt at getting into the house by scratching at the door before scampering off.

Mr Rosas said: ‘I heard noises right outside our door and at first was worried people were trying to get in.

‘When we checked our security cameras to see where the sounds were coming from I was stunned to see the two bears fighting right there on our doormat. 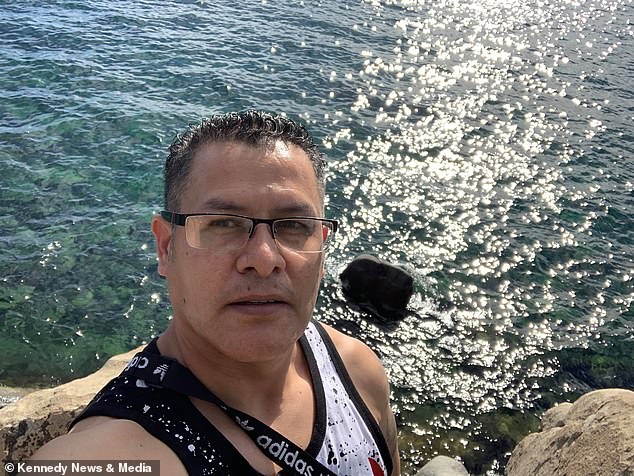 Pedro Rosas, pictured, feared someone was trying to break into his home so he checked his security cameras which showed the bears

‘Bears often come near our house since we live very close to the mountains, but we’ve never had them so close to our front door like this.

‘It’s usually the mum and the cubs or other times just the mum but these siblings seem to always have fun and mess around with each other.

‘After I saw the video I thought it was very cute and funny because they still continued to play after the mum passed right through them, and it seemed like they didn’t care and continued to have fun.

‘The babies were about three foot tall but the mum is just a huge bear!’

A Harry Potter-themed staycation: Inside the Gryffindor-style Hogwarts holiday cottage

A Harry Potter-themed staycation: Inside the Gryffindor-style Hogwarts holiday cottage

Earth-skimming meteoroid dipped 56 miles into the atmosphere before returning to...