This is the beautiful moment an Italian couple dance to Fred Astaire’s Cheek to Cheek projected onto the wall of their apartment block to cheer up neighbours on lockdown.

The clip was filmed by Aureliano Verità from the window of his home in the San Lorenzo district in the historic centre of Rome.

His neighbour on the third floor in his building projected onto the wall opposite a fragment of a video showing the iconic dance partners Fred Astaire and Ginger Rogers. 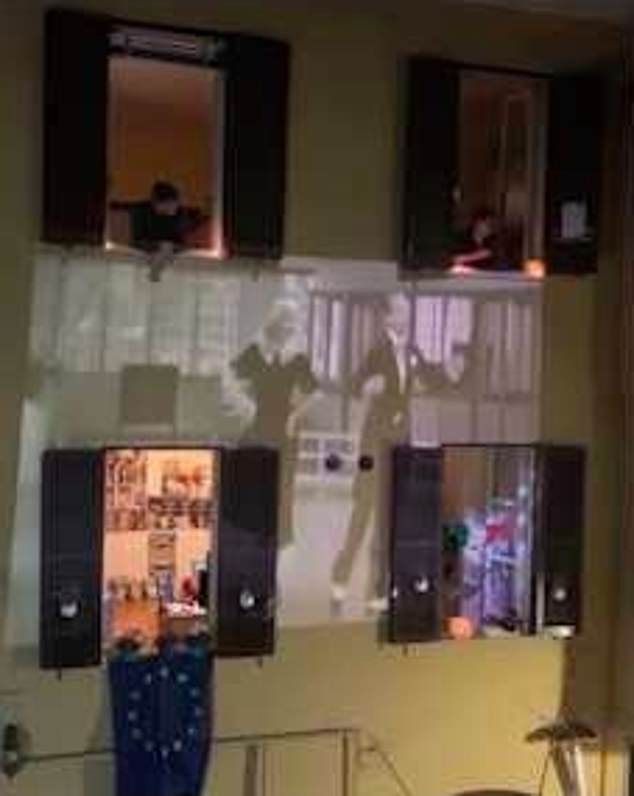 The song they dance to – ‘Cheek to Cheek’ was written by Irving Berlin in 1935 for the movie Top Hat.

In the footage, people in the apartments above watch the movie scene and a sweet couple in the bottom left-hand window perform their own dance to the music.

Aureliano said: ‘We are all following the indications received from the Government to remain in self-isolation to stem the spread of the Covid-19 virus. 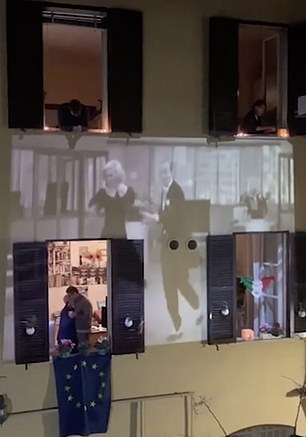 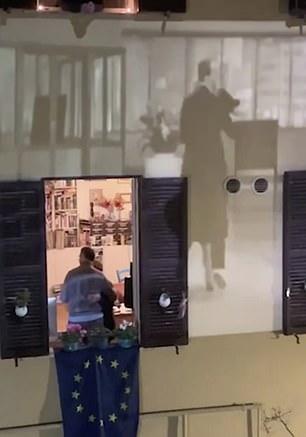 In the footage, people in the apartments above watch the movie scene and a sweet couple in the bottom left-hand window perform their own dance to the music

‘Since Friday we decided to look out the windows inside our condominium to sing, read poetry, book extracts and to make projections on the walls.’

Italians in cities all across the country have been keeping their spirits up by singing to each other from balconies during self-isolation.

Many in Rome, Milan and Naples organised flash mobs and have hung encouraging messages on signs from their windows.

It comes as desperate Italian medics at the coronavirus epicentre today told how all their efforts ‘are not enough’ as their country’s death toll soared above that of even China. 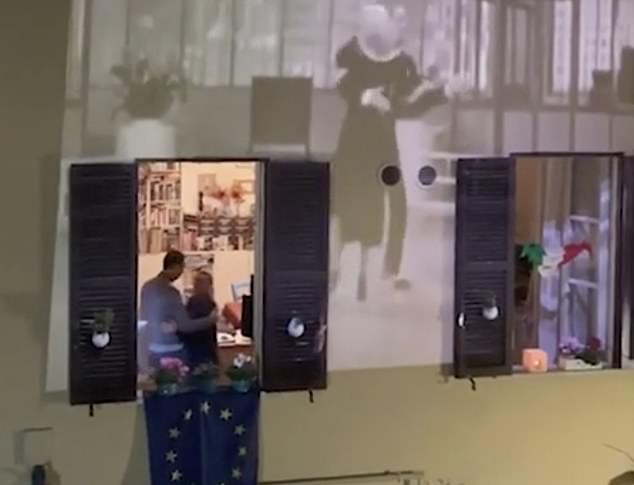 The number of fatalities there hit 3,405 yesterday, the highest in the world, despite the valiant efforts of shattered doctors to keep the ailing victims of the virus alive.

The nation has now recorded 41,035 infections, more than half of the world’s positive cases.

On Wednesday, Italy recorded the highest one-day official coronavirus death toll of any country with 475 deaths in just 24 hours.

The latest figures have quashed hopes that the unprecedented national lockdown was helping to slow the spread of the pathogen.