FLY-TIPPING across the UK has increased by two-thirds in just five years, figures reveal.

The British countryside is regularly defiled by louts dumping huge piles of unwanted items and litter on roads, verges and other illegal locations.

It is thought that many people used their extra time during the Covid-19 lockdown to clear out their homes and gardens.

Much of this was dumped illegally after many councils shut down their waste recycling centres to concentrate of roadside collections. As well as blighting beauty spots and posing a health hazard to humans and wildlife, fly-tipping is also the cause of huge costs for local authorities and taxpayers. 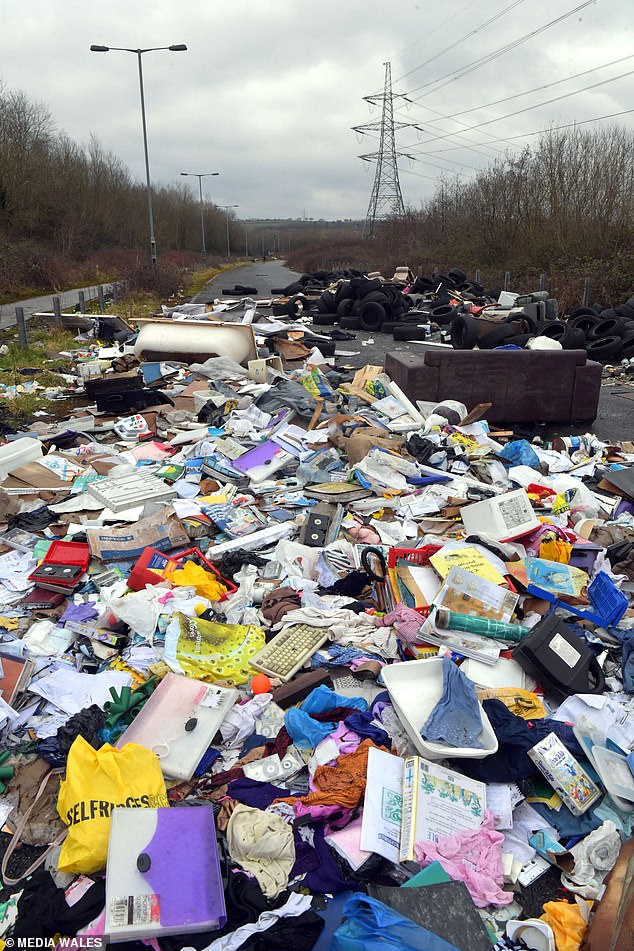 Fly-tipping across the UK has increased by two thirds in five years, figures reveal

New data received via a Freedom of Information request reveals that the average local authority paid £222,503 clearing up after fly-tippers last year. And the problem as a whole rose by 66 per cent between 2014 and 2019. Some of the worst affected areas of the country include the London borough of Brent, where there was a 165 per cent increase in fly- tipping incidents in five years. Nuneaton and Bedworth council in Warwickshire saw an increase of 132 per cent over the same period.

It comes as the Great British September Clean – organised by environmental charity Keep Britain Tidy and backed by the Daily Mail – enters its second week.

The campaign, which has also been backed by Boris Johnson and the National Trust, encourages families across the country to join the war on waste by taking part in litter picks. 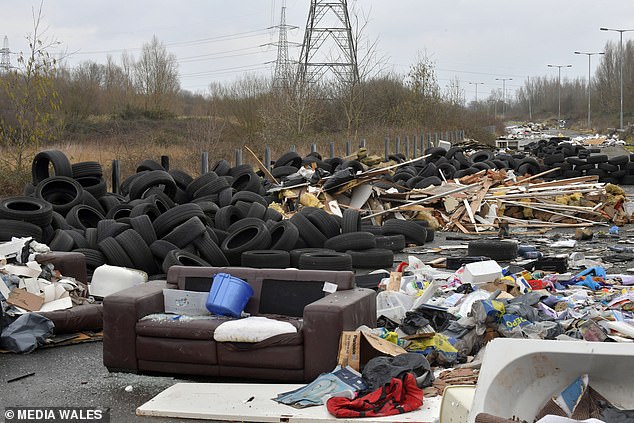 Illegal dumping  poses a health hazard to humans and wildlife, and costs a lot to local authorities and taxpayers

The average disguises the fact that some areas have paid a far higher price. Preston Council spent £11.5 million on cleaning up rubbish dumped in and around the Lancashire city during the last five years.

The Freedom of Information request, which was submitted by clothing brand TOG24, found that Glasgow is the UK’s current fly-tipping capital with more than 6,700 recorded incidents in 2020 so far. 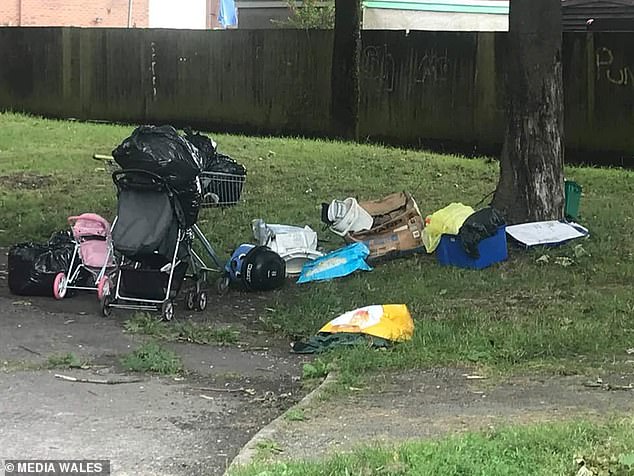 Mark Ward, of TOG24, explained: ‘We wanted to understand how big an impact fly-tipping is having in the UK and on people’s enjoyment of our beautiful countryside. We love the British countryside and are really keen for everyone else to love it as much as we do, but it’s hard when there’s rubbish strewn everywhere.

‘As has been seen from the research carried out amongst local authorities around the UK, these are significant costs at a time when councils face a lot of other challenges and this money could be better spent elsewhere.’

For more information, or to pledge to take part, visit: keepbritaintidy. org/gbseptemberclean.

THE RSPB has thrown its full weight behind the Great British September Clean, saying that everyone can do their bit to help wildlife.

During lockdown, heartbreaking images emerged of animals trapped in litter, including masks which got tangled around their legs.

And since March when the virus restrictions were introduced there have been at least 900 incidents of animals trapped in rubbish.

Now the RSPB – the UK’s largest nature conservation charity – has added its voice to the battle.

Chief executive Beccy Speight said: ‘The urgent need to revive our world can be seen in how nature is struggling to adapt to the things we are doing to our planet. Every year we see more animals trapped, injured or killed by man-made products. Sadly, we are even seeing litter being used as nesting material.

‘Unfortunately, for many people littering seems harmless, at worst making an area look untidy. However, increasingly we are all seeing heartbreaking images of the true impact of littering on our wildlife.

‘We can all do our bit to keep our world free of litter, and support campaigns such as the Great British September Clean.

‘But this needs to be coupled with strong and ambitious environmental laws from our Government to help us bring nature back from the brink.’ Last month the charity asked the Government to include more about responsible enjoyment of the countryside in its Covid-19 messaging.

It followed a trail of destruction left as staycationers left beauty spots littered with waste and rubbish, rather than disposing of it properly or taking it home with them.

Nick Bruce-White, the RSPB’s regional director for southern England, said at the time: This interest in the outdoors and green space is something we couldn’t have wished for six months ago.’

But he added: ‘There’s a small minority of people who are doing wantonly illegal things and a bigger cohort of new visitors who, without sounding too patronising, don’t understand the basics of how to use the countryside appropriately.’

This weekend the RSPCA called on the public to ‘snip the straps’ off face masks as the Great British September Clean – backed by the Daily Mail – was launched. The animal charity has received reports of many creatures tangled in the ear straps of single-use masks since it became compulsory to wear them in shops.

Other horrifying litter-related incidents which the RSPCA has dealt with since the start of lockdown include a fox that got its head stuck in a plastic bottle, a gull skewered by a kebab stick which had been left on the side of the road and another fox found with its head stuck in a large plastic reel in a car park.

MANY of the worst polluters are all too visible, such as carelessly discarded bottles, cigarette ends and food packaging.

But scientists are also warning of the destructive impact wreaked on the natural world by tiny fibres from our clothing.

Since the 1950s, more than 5 million tons of synthetic microfibres have been released into the environment as we wash our clothes.

They make up 14 per cent of global plastic production and fragment into almost invisible pieces.

Our clothes shed tiny fibres all the time, especially during washing. They can be left behind in water treatment plants as part of a sludge sometimes spread on farmland or buried in landfill.

The fibres can kill small animals that eat them, and studies suggest that human lung inflammation is triggered if people inhale them.

Researcher Jenna Gavigan from the University of California said: ‘Large-scale removal of microfibers from the environment is unlikely to be technically feasible or economically viable.

‘Our focus needs to be reducing emissions before they enter the wastewater stream.’

The study, published in Plos One journal, warns that as more and more people worldwide use washing machines the amount of fibres released will soar.

The scientists admit the problem could be worse because they did not take into account clothing that is reused, donated or recycled.

Young boy pushed out of stolen car during police chase on...