Boris Johnson has pleaded with Israel not to give critics a ‘gift’ by pushing ahead with plans to annex Palestinian territory.

In an article for an Israeli newspaper, the PM said he had followed the proposals to absorb occupied parts of the West Bank with ‘sadness’.

Stressing he is a ‘life-long friend’ of the Middle East state, he warned that the move was against international law, and would harm its ‘long-term interests’.

Israeli premier Benjamin Netanyahu has been mooting starting the process of annexing West Bank territory as early as today.

But there are signs of a rift within his coalition, amid opposition from normally supportive countries. 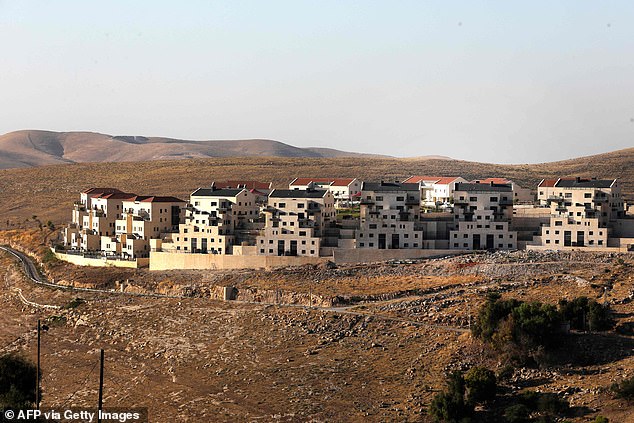 Boris Johnson said he had followed the proposals to absorb occupied parts of the West Bank with ‘sadness’. Pictured, the Maale Adumim settlement east of Jerusalem 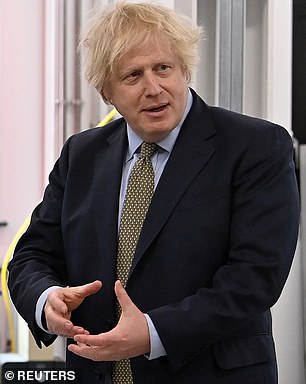 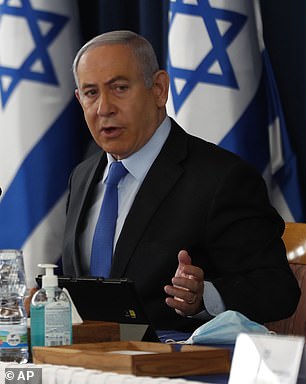 In his article reported on ynetnews.com, Mr Johnson repeated his opposition to the West Bank policy.

‘It is with sadness that I have followed the proposals to annex Palestinian territory,’ he wrote.

‘As a life-long friend, admirer and supporter of Israel, I am fearful that these proposals will fail in their objective of securing Israel’s borders and will be contrary to Israel’s own long-term interests.’

Mr Johnson warned that ‘annexation would represent a violation of international law’.

He added: ‘It would also be a gift to those who want to perpetuate the old stories about Israel.’

‘I profoundly hope that annexation does not go ahead,’ he said. ‘If it does, the UK will not recognize any changes to the 1967 lines, except those agreed between both parties.’

Mr Netanyahu has said he intends to extend Israeli sovereignty to Jewish settlements and the Jordan Valley.

The step would be in line with a blueprint announced by Donald Trump in January under which Israel would control of 30 per cent of the West Bank.

But international opposition has mounted in the past few weeks, with Palestinian leaders, the United Nations, European powers and Arab countries rejecting the annexation of land captured by Israel in the 1967 war.

Schoolgirl, 14, is charged with murder after her 10-year-old cousin is found dead in Gunnedah

Homeseekers rush online after stamp duty cut: Here’s how much it saves on the average home near you

The new kicks you’ll see in the NBA bubble

Schoolgirl, 14, is charged with murder after her 10-year-old cousin is...

Homeseekers rush online after stamp duty cut: Here’s how much it...