Chelsea have unveiled their new home kit for the 2020-21 season, which will be worn for the first time in their Premier League clash against West Ham tonight.

The fresh kit, which brings ‘a touch of Savile Row to Stamford Bridge’ and has the phrase ‘The Pride of London’ embossed into it, is available to buy from the online store from July 9.

The new shirt also marks the start of the club’s partnership with telecommunications company Three, as the Blues’ relationship with Yokohama Tyres comes to an end. 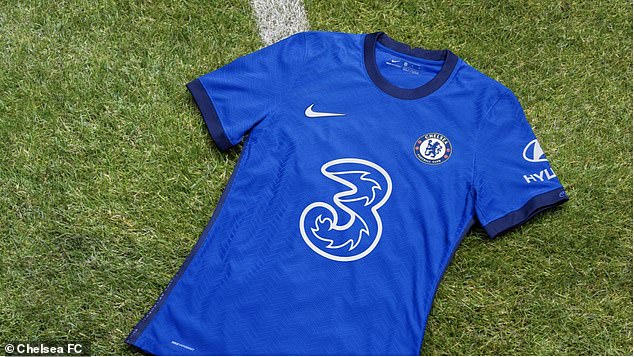 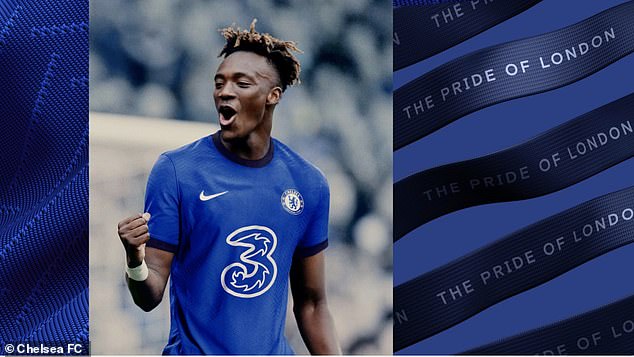 The traditional blue jersey shirt is ‘garnished with bespoke flourishes’, including the trim monogrammed with ‘CFC’, and it is inspired by ‘west London’s long association with master tailors and their exquisite craftsmanship.’

‘You can see the story behind the kit with how it looks and all the little touches that remind you of a good suit. I think we will certainly be the best dressed team next season.’

Fran Kirby, whose goals led the Blues to the WSL title this season, added: ‘I’m really excited to be wearing this kit when we take to the pitch again for the 20/21 season.

‘Winning the WSL was an incredible moment for the club and we’ll be proud to be wearing the new kit as champions next season.’ 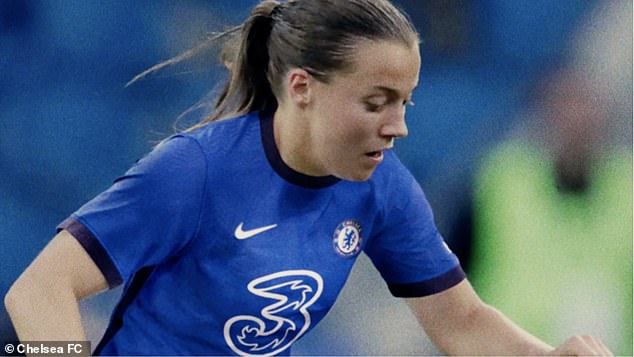 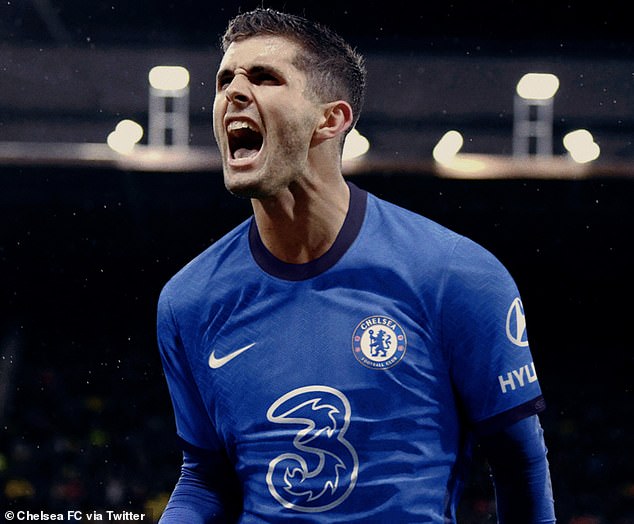 Fans on social media reacted with mix views, with Chelsea supporters generally praising the kit whilst others were seemingly put off by the size of the ‘3’ adorned onto the front of the shirt.

Twitter user @TweetChelseaUK said: ‘Big fan of it.’ while Blues fan @ChazaSmith said: ‘Looks like pyjamas and the 3 looks hideous would rather of seen three written on it. Nike are lazy charge so much for new shirts but put very little effort into the designs and most look awful.’

The new gear, by manufacturer Nike, is also constructed with 100 per cent recycled polyester fabric, made up of recycled plastic bottles.

Frank Lampard’s side will wear their new kit for next season at the London Stadium this evening, as they look to consolidate their place in the top four and Champions League football next season.

Chelsea are currently fourth in the table, one point behind Leicester in third and two points ahead of Wolves and Manchester United behind them – but with a game in hand.

As well as the new kit, today also marks the start of Timo Werner and Hakim Ziyech’s Chelsea careers as they officially join the club on July 1, though they won’t be available to play until next season.