Will they ever learn? Chinese markets are still selling bats and slaughtering rabbits on blood-soaked floors as Beijing celebrates ‘victory’ over the coronavirus

By George Knowles For The Mail On Sunday

Terrified dogs and cats crammed into rusty cages. Bats and scorpions offered for sale as traditional medicine. Rabbits and ducks slaughtered and skinned side by side on a stone floor covered with blood, filth, and animal remains.

Those were the deeply troubling scenes yesterday as China celebrated its ‘victory’ over the coronavirus by reopening squalid meat markets of the type that started the pandemic three months ago, with no apparent attempt to raise hygiene standards to prevent a future outbreak.

As the pandemic that began in Wuhan forced countries worldwide to go into lockdown, a Mail on Sunday correspondent yesterday watched as thousands of customers flocked to a sprawling indoor market in Guilin, south-west China. 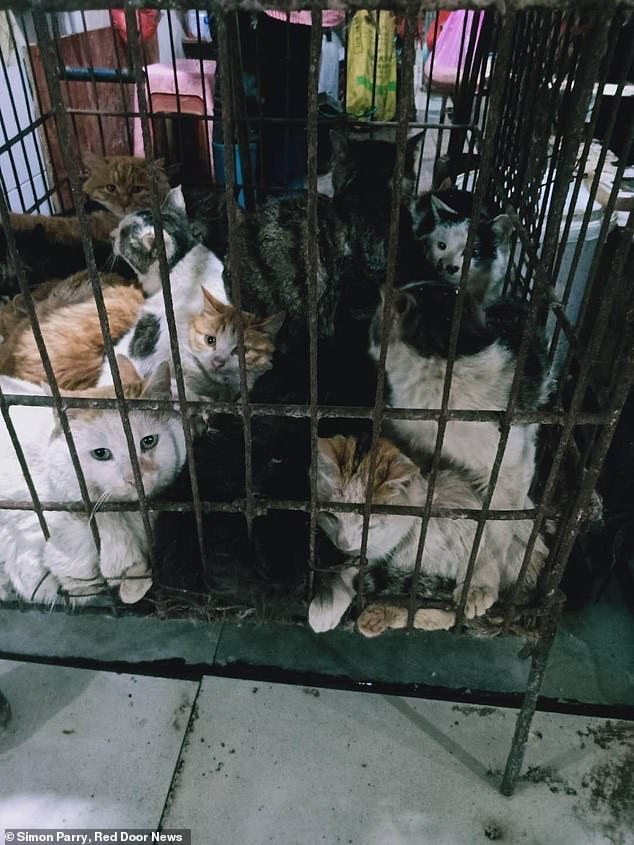 Cats waiting to be slaughtered for their meat in a market in Guilin, Southwest China

Here cages of different species were piled on top of each other. In another meat market in Dongguan, southern China, another correspondent photographed a medicine seller returning to business on Thursday with a billboard advertising bats – thought to be the cause of the initial Wuhan outbreak – along with scorpions and other creatures.

The shocking scenes came as China finally lifted a weekslong nationwide lockdown and encouraged people to go back to normal daily life to boost the flagging economy. Official statistics indicated there were virtually no new infections.

The market in Guilin was packed with shoppers yesterday, with fresh dog and cat meat on offer, a traditional ‘warming’ winter dish. 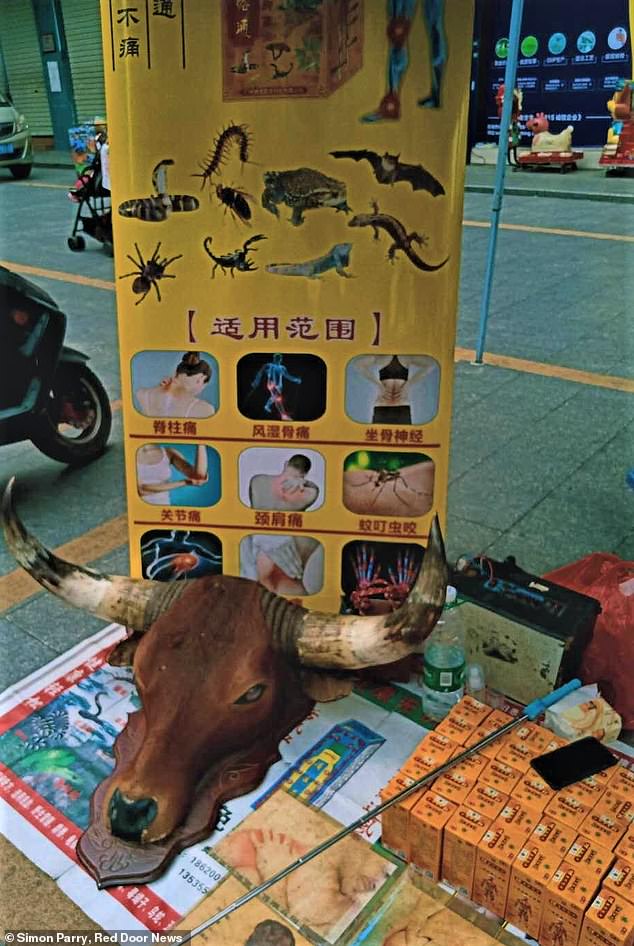 ‘Everyone here believes the outbreak is over and there’s nothing to worry about any more. It’s just a foreign problem now as far as they are concerned,’ said one of the China-based correspondents who captured these images for The Mail on Sunday.

The correspondent who visited Dongguan said: ‘The markets have gone back to operating in exactly the same way as they did before coronavirus.

‘The only difference is that security guards try to stop anyone taking pictures which would never have happened before.’

The first coronavirus cases were traced to a market in Wuhan but the outbreak was kept silent by officials for weeks and whistleblowers were silenced, including 33-yearold Dr Li Wenliang, who later died of coronavirus. 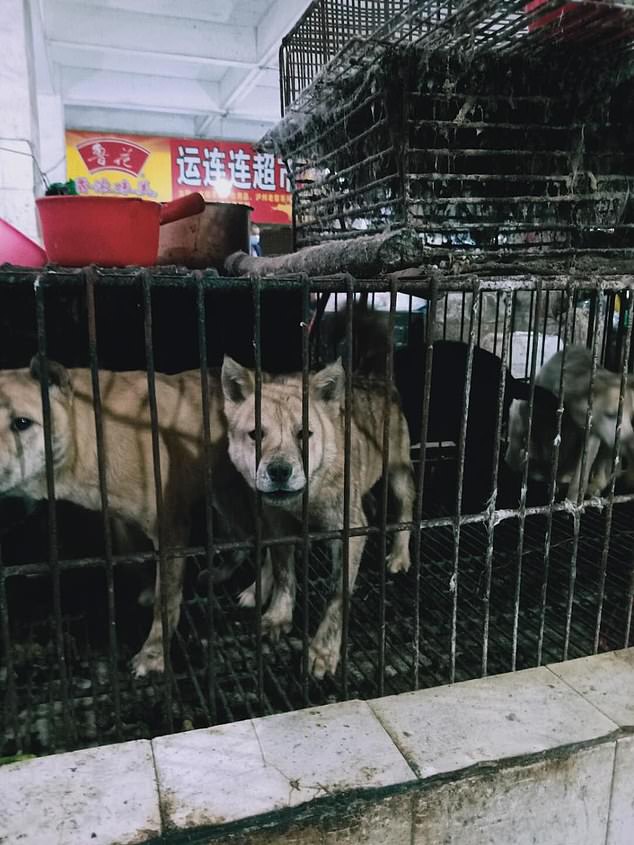 Dogs and rabbits are butchered and sold at a meat market in Guilin, southwest China, on Saturday, 28 March 2020 despite infection concerns about this type of market

Now, after a dramatic fall in infection rates within China, the Beijing government is promoting conspiracy theories that the outbreak did not begin in China at all. A discredited story, shared widely on China’s Weibo social media platform, claims coronavirus was first detected in Italy in November.

Meanwhile, Chinese officials have promoted groundless conspiracy theories that the US Army brought the virus to its shores. The only Chinese city still under lockdown yesterday was Wuhan, but yesterday even the restrictions there began to be lifted, with high-speed trains allowed to operate.