The commander of Boeing’s first astronaut flight has stepped down from the crew because he wants to be on earth – not at the International Space Station – for his daughter’s wedding next year.

Former NASA astronaut Christopher Ferguson, 59, made the shock announcement that he was pulling himself off the crew for the troubled CST-100 Starliner commercial spacecraft Wednesday for ‘difficult and personal’ reasons.

Ferguson, a father of three, will be replaced by NASA astronaut Barry ‘Butch’ Wilmore, Boeing said.

This marks the second crew switch for Boeing’s Starliner capsule, which has been grounded until the end of this year or early next year because of software problems encountered during its first test flight in December. 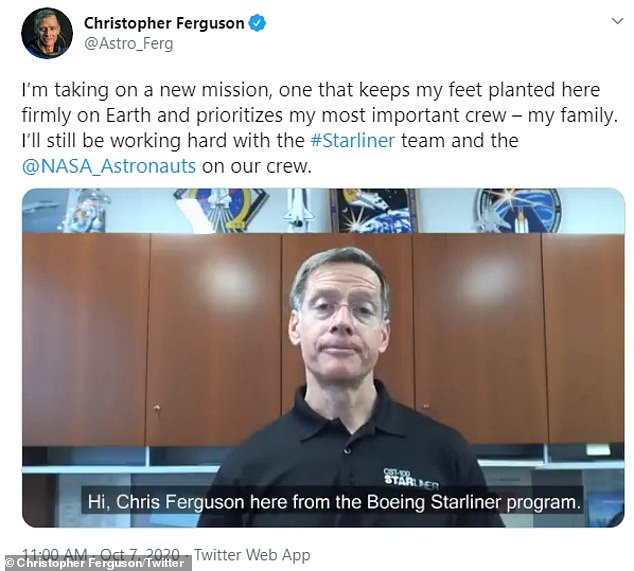 The commander of Boeing’s first astronaut flight has stepped down from the crew because he wants to be on earth – not at the International Space Station – for his daughter’s wedding next year. Christopher Ferguson announcing the move on Twitter (above)

Ferguson, who has flown in space three times including commanding the last shuttle flight in 2011 and is now a Boeing executive, announced his decision Wednesday in a social media post.

‘I’m taking on a new mission, one that keeps my feet planted here firmly on Earth and prioritizes my most important crew — my family,’ he tweeted.

‘I’ll still be working hard with the #Starliner team and the @NASA_Astronauts on our crew.’

Ferguson said in a video posted to his Twitter account that it had been a difficult decision but that ‘next year is very important for my family.’

‘I’m deeply committed to human spaceflight, I’m dedicated to the Starliner program and I’m passionate about the team that has built her,’ he said.

‘But this year is very important for my family. I have made several commitments which I simply cannot risk missing.

Ferguson vowed that he was very much still part of the team at Boeing and Starliner and is ‘not going anywhere’. 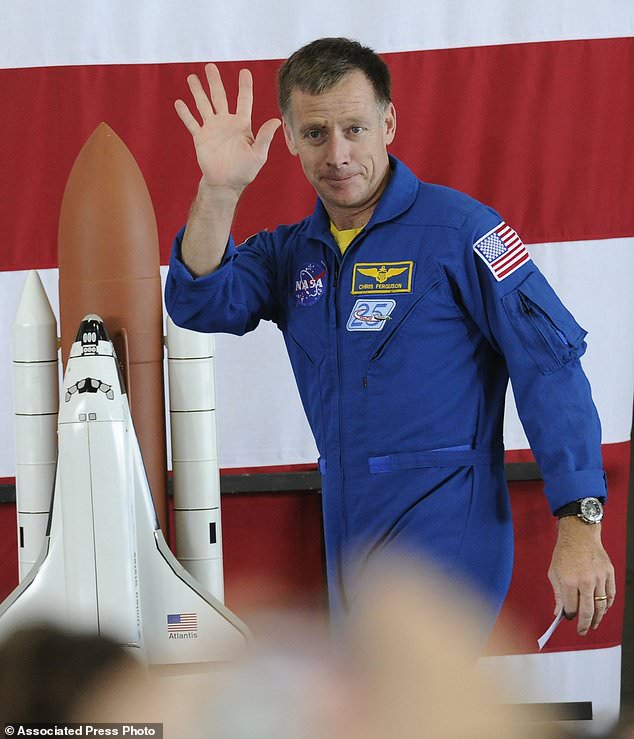 Chris Ferguson waves to the crowd at the welcome home ceremony for the astronauts of the final shuttle mission in Houston on July 22 2011. Ferguson left NASA in 2011 to work for Boeing and has spent almost a decade helping the company develop its commercial spacecraft 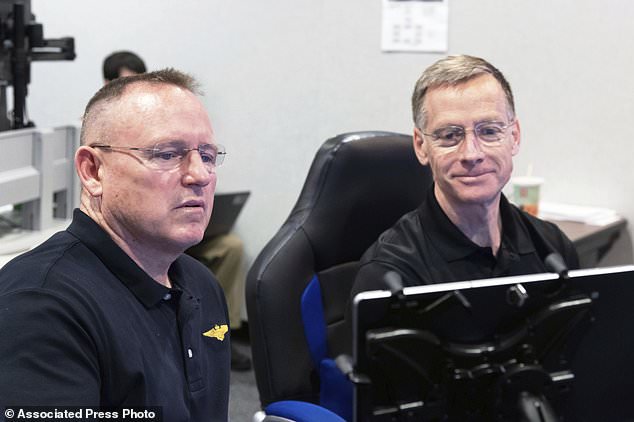 ‘I’m not going anywhere, I’m just not going into space next year,’ he said.

A Boeing spokeswoman confirmed one of the main factors in Ferguson’s decision was that he didn’t want to risk missing his daughter’s wedding next year.

The flight would have meant he was away for anywhere between two weeks and six months.

Ferguson left NASA in 2011 to work for Boeing and has spent almost a decade helping the company develop its commercial spacecraft. 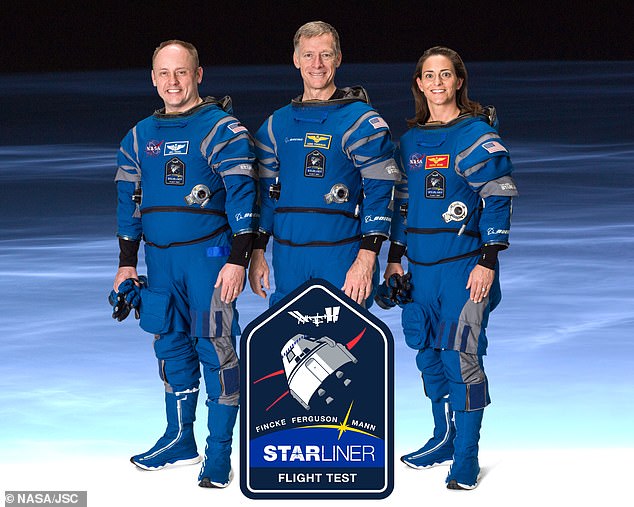 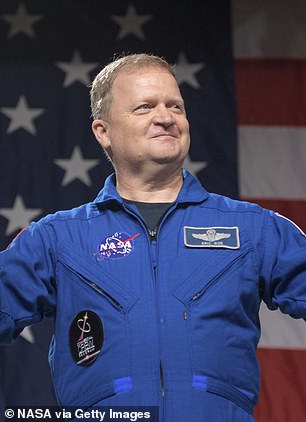 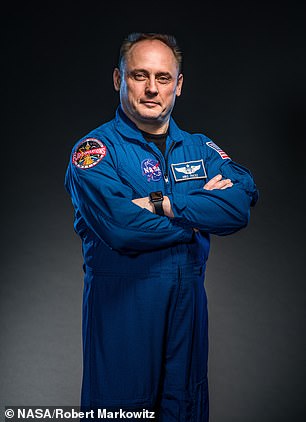 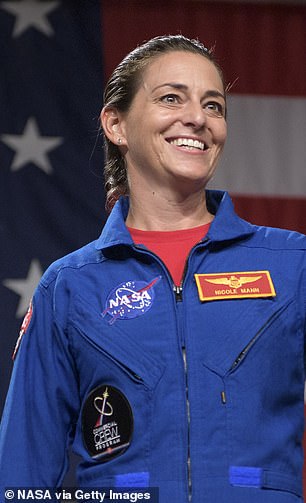 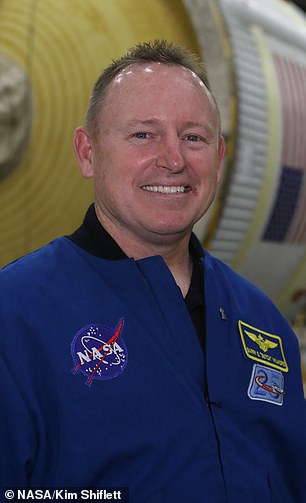 Nicole Mann (left) is the only member of the original crew remaining now after the two changes. Ferguson will be replaced by NASA astronaut Barry ‘Butch’ Wilmore (right)

In 2018, Boeing announced he would be the commander of the Starliner’s first-ever manned test flight and he was expected to make history as the first-ever NASA astronaut to travel to space after retiring from the agency.

Ferguson has been replaced on the Starliner crew by Wilmore, who had already been training as a backup for the test flight.

Ferguson is the second change to the three-person crew to date after NASA astronaut Eric Boe stepped aside from the first Starliner crew for medical reasons last year and was replaced by Fincke.

NASA and Boeing announced an updated schedule of test flights for Starliner in August allowing it to begin operational missions to the International Space Station next year.

In December or early January, Boeing plans to repeat a Starliner test flight without a crew, in hopes of reaching the space station.

This will be the second uncrewed test flight after the first was brought to an abrupt end in December due to technical problems. 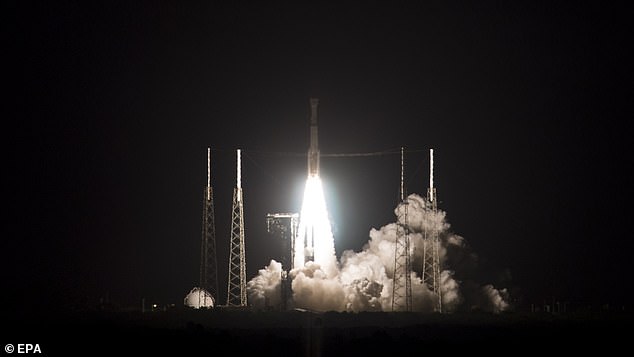 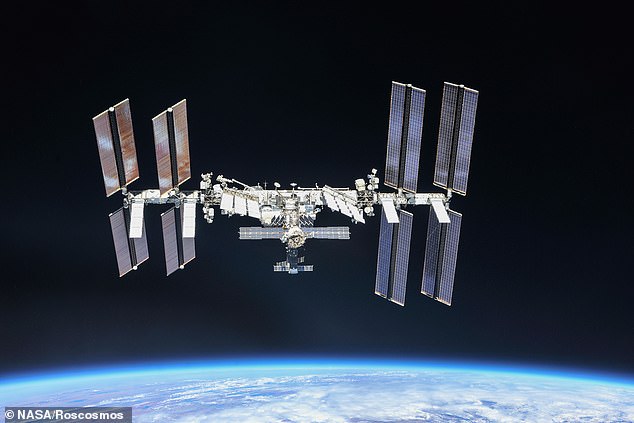 If the second unmanned test flight goes well in December or January, the Starliner crew will head to the International Space Station (pictured) as early as June 2021

NASA and Boeing launched a joint probe to look into the failings and came up with 80 recommendations involving testing and simulation, software requirements, process and operational improvements, software updates, and knowledge capture and modifications to Starliner hardware.

Boeing said in August it had implemented around 75 percent of the changes.

If the second unmanned test flight goes well, Wilmore, Fincke and Mann will fly to the space station aboard a Starliner as early as June 2021, and remain in orbit anywhere between two weeks and six months.

This means the very earliest the test flight will depart is a whole two years after its original 2019 scheduled date.

SpaceX, meanwhile, plans to launch its second astronaut flight at the end of this month.

NASA has turned over the job of ferrying astronauts, to and from the space station, to private companies.

I want my mom! Adorable moment baby alpaca runs over and hugs its mother

I want my mom! Adorable moment baby alpaca runs over and...