All British tourists and business travellers who are still abroad were told to come home immediately today in the latest drastic step taken by the Government during the coronavirus pandemic.

Foreign Secretary Dominic Raab advised all UK citizens who live in Britain but remain out the country on holiday or on business to head back as soon as possible, as airlines cease flights around the globe.

It is a drastic escalation of advice issued only last week for all non-essential travel to halt and comes amid as expected clampdown on domestic movement within the UK expected from Boris Johnson this evening.

The PM will make a televised speech at 8.30pm amid fury that many people are still flouting government guidance, with parks and Tube trains in London – regarded as the engine of the UK outbreak – still busy.

Mr Raab said tonight: ‘We are strongly urging UK travellers overseas to return home now where and while there are still commercial routes to do so.

‘Around the world, more airlines are suspending flights and more airports are closing, some without any notice.

‘Where commercial routes don’t exist, our staff are working round the clock to give advice and support to UK nationals.

‘If you are on holiday abroad the time to come home is now while you still can.’ 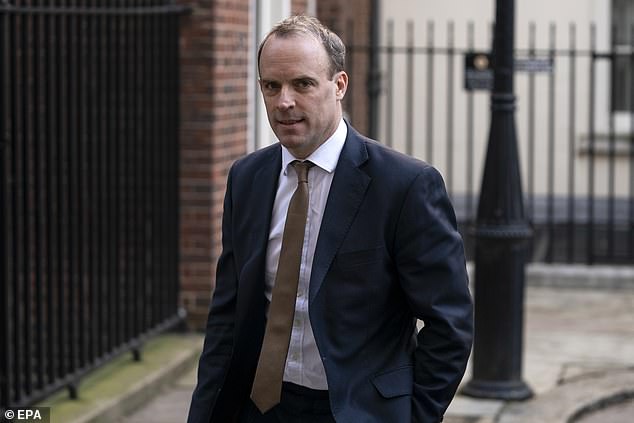 Foreign Secretary Dominic Raab said that all UK citizens who live here but remain out the country should head back as soon as possible, as airlines cease flights around the globe 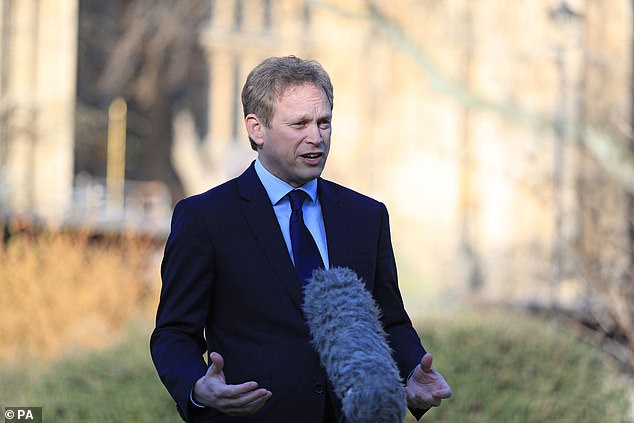 The Foreign Office said that all British travellers should contact their tour operator or airline now to arrange a commercial flight if they want to leave where they are and come home.

Transport Secretary Grant Shapps added: ‘This is a very difficult time for British citizens travelling overseas, or those with families and loved ones abroad.

‘We’re in close contact with airlines, who are working tirelessly to ensure British citizens travelling overseas can safely return to the UK.

‘We are also working closely with other government departments, including the FCO to ensure airlines are able to operate to bring people back home.’

The government’s Cobra emergency committee met at 5pm this eveing, and Mr Johnson will make a significant announcement ‘on new measures to tackle the coronavirus outbreak’ afterwards, No 10 said tonight.

The move comes after the number of fatalities went up by 54 in a single day – the second biggest rise yet.

Health Secretary Matt Hancock has underlined that a decision on toughening measures is expected ‘very soon’, hitting out at ‘selfish’ behaviour and saying ‘nothing is off the table’.

He pointed to measures in Italy and France – where non-essential shops have been closed, forms have to be filled out to leave the house, and police are on patrol handing out fines.

The backlash has been mounting against Mr Johnson’s ‘relaxed’ style today, with warnings of a ‘full-scale mutiny’ among Cabinet if the lockdown is not extended, and Labour claiming his ‘mixed messages will cost lives’.

‘Memes should be archived in a museum’