President Trump lashed out at Harvard Tuesday for the Ivy League university’s decision to hold classes online for the next year.

‘I see Harvard announced that they’re closing for the season, for the year,’ the president said during his closing remarks at an event focused on reopening U.S. schools. ‘I think it’s ridiculous. I think it’s an easy way out. And I think they ought to be ashamed of themselves.’

The president has been gung ho about opening schools despite the uptick in COVID-19 cases throughout the United States. 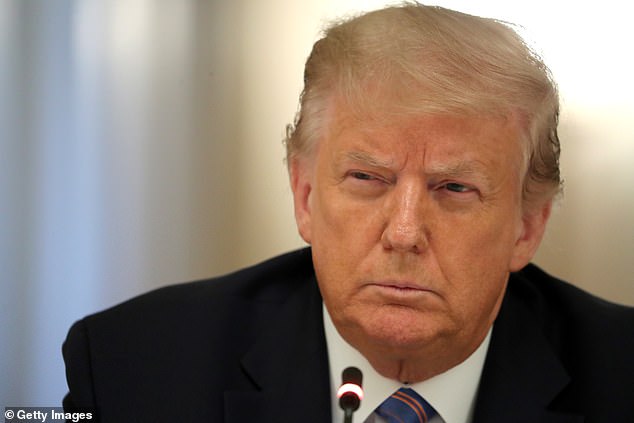 President Trump lashed out at Harvard University on Tuesday for the school’s decision to go online for a year. The president said at an event focused at reopening schools that he would ‘pressure’ governors to open up schools 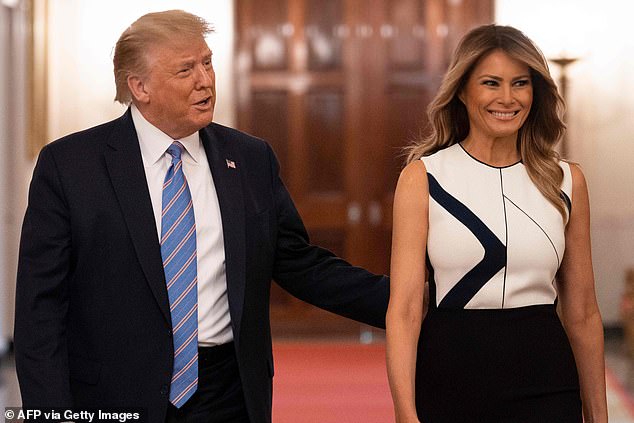 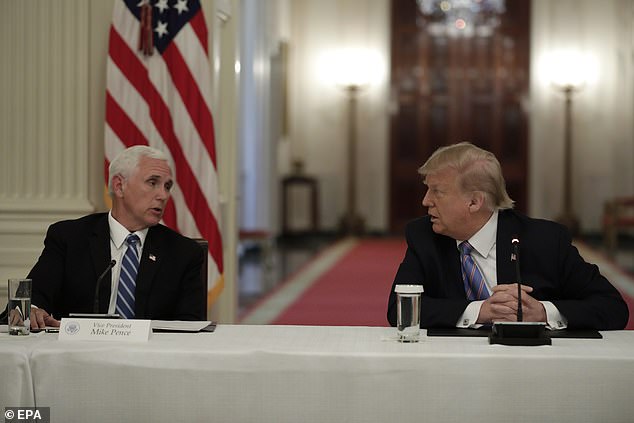 President Trump (right) at one point during the discussion leaned over and asked Vice President Mike Pence (left) how many Americans had died. Pence whispered ‘130,000’ to the president, who then said, ‘So we’re at 130. We could be at way over a million right now’

As president, Trump has little power to actually open schools – decision made at a state and local level.

The president was joined by first lady Melania Trump, who opened the event briefly talking about ‘Be Best.’

‘Children’s mental health and social development must be as much of a priority as physical health,’ the first lady also said. ‘The same is true for parents. Many will be forced to make stressful choices between caring for their children and going back to work.’

Invited to attend were educators, students and public health officials – including coronavirus taskforce members Dr. Deborah Birx, who was seated at the rectangular table with the speakers, and Centers for Disease Control Director Dr. Robert Redfield, who was part of the small audience in the East Room, taking the event in.

Mask-wearing was split among group members.

Jenny Beth Martin, a co-founder of the Tea Party Patriots, was one of the participants who went mask-less in the room. She had previously tweeted, ‘No politician can “force” you to wear a mask. Pass it on.’

Trump indicated that his No. 1 priority was to continue with the reopening, despite the increase in cases.

‘I just want to say “get open” in the fall,’ Trump insisted.

The president downplayed the rising COVID-19 numbers by, again, pointing at the death rate.

‘Again, mortality rate the lowest of anywhere in the world,’ Trump said.

He at one point asked Pence, who leads the coronavirus taskforce, how many Americans had died.

‘We’re not closing. We’ll never close,’ he vowed. ‘You’ll have certain areas that will have difficulty and they’ll do what they have to do and that’ll be up, largely, to the governors,’ he said.