By Karen Ruiz For Dailymail.com

Donald Trump is threatening to scrap a federal housing regulation aimed at desegregating neighborhoods, claiming the rule has had a ‘devastating impact’ on America’s suburbs.

The president tweeted on Tuesday that he is ‘studying’ the Affirmatively Furthering Fair Housing rule imposed by the Obama administration that requires local governments that receive federal housing aid to review and fix patterns of racial disparities and discrimination.

‘At the request of many great Americans who live in the Suburbs, and others, I am  studying the AFFH housing regulation that is having a devastating impact on these once thriving Suburban areas. Corrupt Joe Biden wants to make them MUCH WORSE. Not fair to homeowners, I may END!’ he wrote. 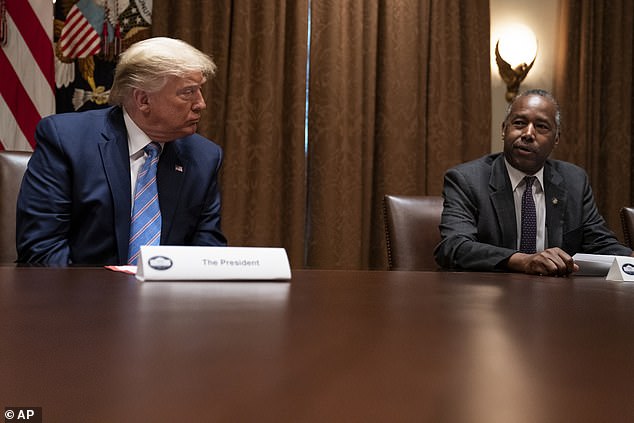 The fair housing enforcement is among the many Obama-era regulations the Trump administration has sought to roll back in the past four years. Pictured: Trump with HUD secretary Ben Carson

Trump did not provide further details of his plan, but the fair housing enforcement is among the Obama-era regulations his administration has sought to roll back in the past four years.

In 2018, Department of Housing and Urban Development (HUD) secretary Ben Carson unveiled a proposal to delay the measure, which he described as being ‘overly burdensome.’

The agency claimed it had received complaints from communities that had struggled to complete assessments and produce plans meeting HUD’s standards.

Civil rights organizations challenged HUD’s delay by suing the agency, but the lawsuit was later tossed by a federal judge who upheld the decision.

The AFFH policy, established in 2015, piggybacked off the Fair Housing Act of 1968 that outlawed racial discrimination in public housing during the Civil Rights era, but provided clearer guidelines on how to enforce equality. 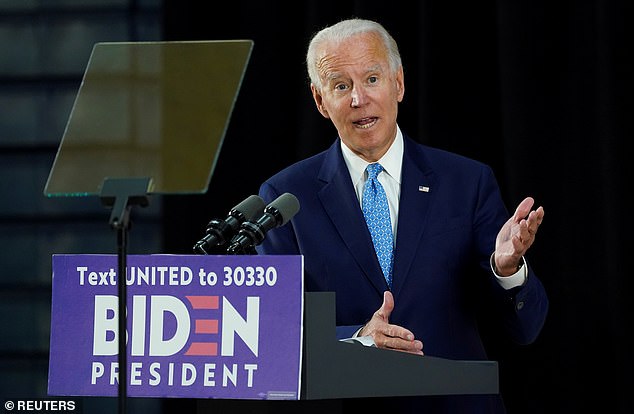 It meant citizens who qualified for Section 8 housing would have more choice in where to live and municipalities risked losing federal funding if they failed to meet the government’s standards.

Republicans have claimed the rule is part of Democrats’ plans to ‘abolish’ the suburbs as the rule could lead to more public housing developments and subsequently attract low-income city dwellers.

Joe Biden, meanwhile, has pledged to make affordable housing more accessible as president by investing $640billion over 10 years and ending redlining within the housing market.

Biden has also promised to ramp up fair housing enforcement by enacting legislation that would require local governments to develop a strategy for ‘inclusionary zoning.’

VINDICATED: The women left in agony by vaginal mesh but were told they were imagining it

How are Prince Harry and Meghan Markle filling their days in a 12-bathroom Hollywood mansion?

DR ELLIE CANNON: Lockdowns help to avoid a second wave – but the Government MUST give us the facts

VINDICATED: The women left in agony by vaginal mesh but were...

How are Prince Harry and Meghan Markle filling their days in...