Dramatic footage shows how a desperate suspected burglar tried to escape from police by driving recklessly along the motorway.

Greater Manchester Police arrested the suspect, who was driving a stolen BMW 5 Series after a chase along the M61.

According to officers, the suspect had attempted to drive the wrong way down the carriageway in his efforts to escape. 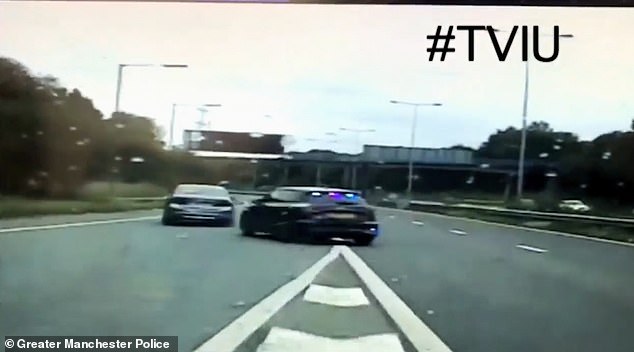 The stolen BMW is followed along the M61 by several unmarked police cars, including this Audi S3 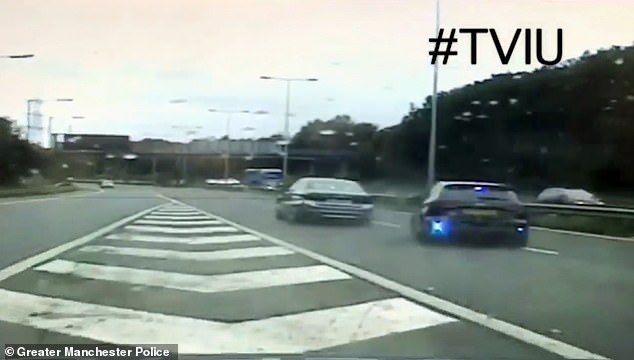 However, the suspect was followed along the road by a number of police cars from the unmarked advanced crime unit (TVIU) who worked together to contain the BMW.

The footage was filmed on board one of the pursuing police cars and published by Greater Manchester Police.

The BMW driver was boxed in from behind by a number of police vehicles, one of which started bumping into the suspect car using a ‘tactical stop’.

The suspect moved onto the hard shoulder as it approached a junction. As it moved, one of the police cars took up position to its right, preventing it from rejoining the main carriageway.

Eventually, one of the unmarked squad cars hits the BMW, while a second pulls across its nose while a third boxes it in from the rear, allowing officers to complete the arrest. 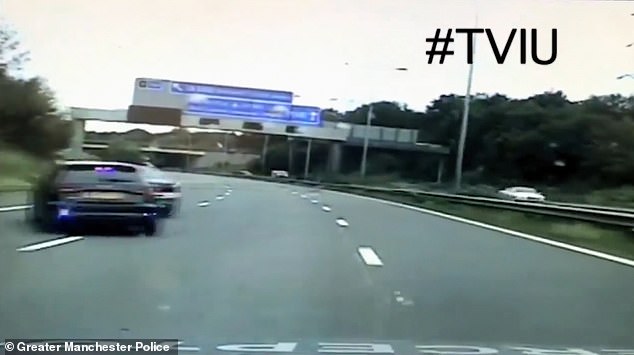 One of the police cars follows the suspect closely, while a number of other units are ready to join in to stop the BMW 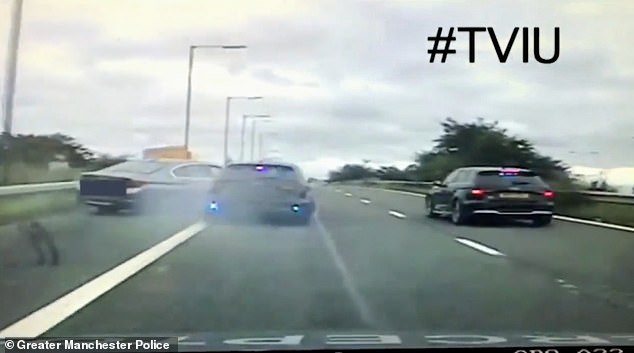 One of the police Audis hits the side of the suspect’s BMW, while a second unit covers the outside lane and a third officer waits behind 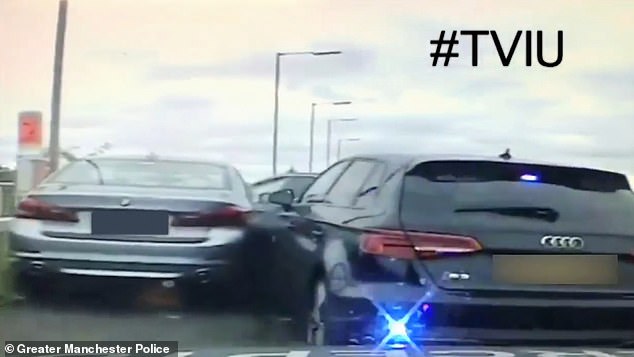 The incident happened on Thursday, September 12.

According to GMP: ‘Officers from our TVIU have arrested a man on suspicion of burglary after a pursuit in Salford. Car stolen in recent burglary from Lancashire. Offender tried to drive wrong way along M61 to escape. Tactical contact used to stop pursuit and protect public.’

No one was injured during the incident.

People CAN go shopping more than once a week says No...