Coastal erosion on the shores of Newcastle has resulted in beachside cabins being removed by crane in what the mayor called a ‘natural disaster’.

Newcastle City Council was forced to act quickly on Tuesday to remove the cabins at Stockton Beach after storms further eroded the area’s shoreline, threatening to sweep the cabins into the ocean.

Further storms predicted for the area this weekend forced the council to protect the most at-risk properties, some just inches from the eroded shoreline.

Newcastle Lord Mayor Nuatali Nelmes called for the area’s land erosion to be labelled a ‘national disaster’ in a letter to Minister for Emergency Services David Elliott and Premier Gladys Berejiklian. 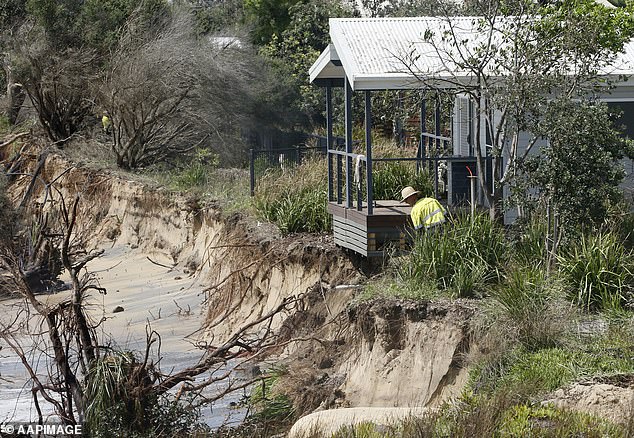 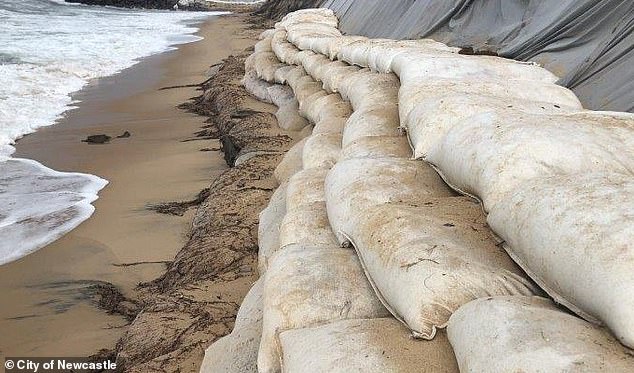 Images show tides have eroded the shoreline where several caravans have had to be decommissioned to prevent further damage in expected storms this weekend as the properties are still recovering from damage over last weekend.

‘We’re decommissioning the cabins most at risk and removing them to try to prevent them being affected by this weekend’s weather event,’ she said. 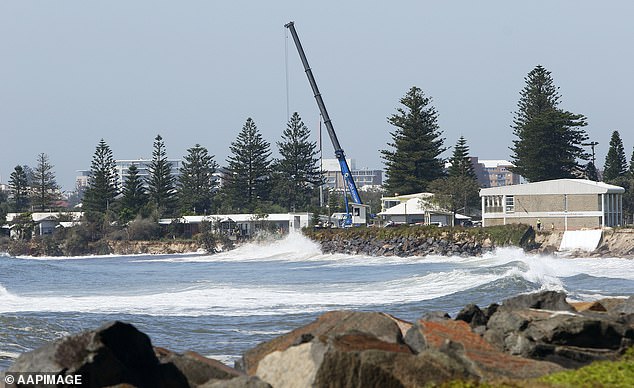 ‘A natural disaster declaration will not only help with funding emergency work to clean up from last weekend, but also in the preparation for the weather event we’re expecting.’

In a letter written to NSW Premier Gladys Berejiklian and Minister for Emergency Services David Elliott the Lord Mayor asked for urgent funds and assistance.

This comes after City of Newcastle reinforced its sandbag wall at north Stockton with additional one-tonne sandbags and traffic and pedestrian arrangements from Friday February 7. 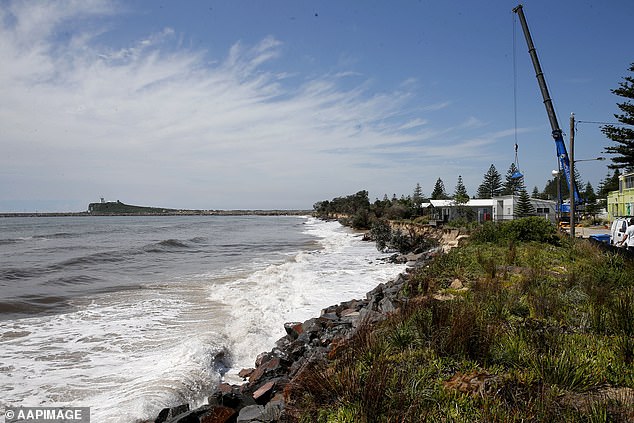 Erosion from large swell threatens to undermine cabins into the sea at Stockton Beach, Newcastle

‘The City is eagerly awaiting to hear from the State Government regarding our grant submission for coastal protection works at Barrie Crescent Reserve, which we lodged in September last year,’ said a City of Newcastle spokesperson.

‘City of Newcastle closely monitored conditions in the lead up to the weekend’s large-swell event, which is why we reinforced existing sandbagging works with an additional 75 one-tonne sandbags.’