An email mix-up has been blamed for the UK not taking part in an EU scheme designed to source and buy vital ventilators quickly and cheaply to aid the fight against coronavirus.

Downing Street initially said Britain had not joined the initiative because it is no longer a member of the bloc and was ‘making our own efforts’.

However, Number 10 later clarified the situation and said it had not joined because of ‘an initial communication problem’.

It is understood that computer problems meant the UK did not get the emails from Brussels which asked if Britain wanted to participate.

As a result the UK then missed the deadline to join but it will be now be able to take part in future rounds of procurement. 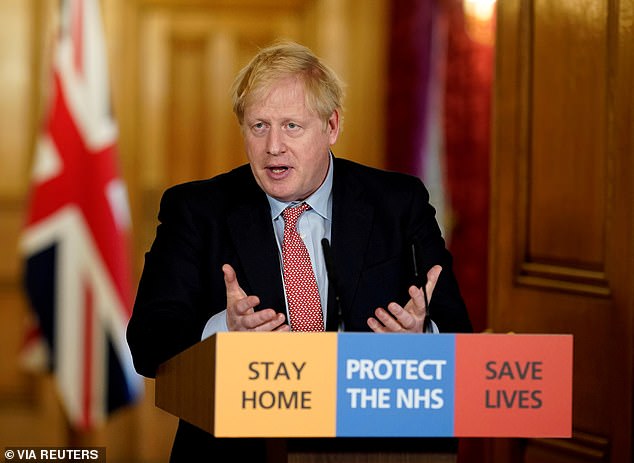 The EU is using its collective bargaining power to try to acquire ventilators cheaply and in rapid time.

The UK was eligible to take part because while it formally split from the bloc in January the two sides are now in a ‘standstill’ transition period lasting until the end of the year.

The Prime Minister’s Official Spokesman said yesterday morning that ‘we are no longer members of the EU’ when he was asked why the UK was not participating.

Pressed if the decision was related to Brexit ideology, the spokesman said: ‘No, as I say, this is an area where we’re making our own efforts.’

But Number 10 subsequently rowed back on its initial explanation as it emerged the actual reason for not joining the scheme was computer trouble.

A UK government spokesman said: ‘Owing to an initial communication problem, the UK did not receive an invitation in time to join in four joint procurements in response to the coronavirus pandemic.

‘As the Commission has confirmed, we are eligible to participate in joint procurements during the transition period, following our departure from the EU earlier this year.

‘We are working round the clock with industry, the NHS, social care providers and the army to ensure the supply of PPE over the coming weeks and months and will give our NHS and the social care sector everything they need to tackle this outbreak.’

Business Secretary Alok Sharma today suggested it was not guaranteed that the UK would have joined the EU scheme had it not been for miscommunication.

He said: ‘We would have had to look and see the precise details of that.’

Health Secretary Matt Hancock has described ventilators as the ‘big thing’ needed in the fight against the respiratory disease.

The NHS currently has 8,000 of the machines with 8,000 more already ordered from existing manufacturers.

The government is expecting a further ‘call to arms’ to UK manufacturers to make ventilators to result in thousands more being made available to the health service in the coming weeks and months. 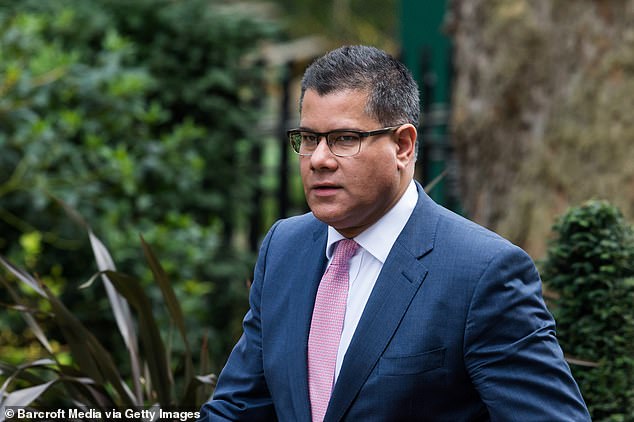 Alok Sharma, pictured in Downing Street on March 17, said the government hopes ventilator prototypes will be ‘coming forward in a matter of weeks’ before then moving to large-scale production

Dyson is one of a number of companies working on a ventilator model and it hopes to deliver 10,000 to the NHS – assuming its prototype passes clinical testing.

Asked when the newly developed ventilators could be available, Mr Sharma said: ‘We are working with consortia, we are working with individual organisations and we are at the stage where designs are being procured and, of course, we need to make sure that they meet the regulatory requirements.

‘And, whether it’s Dyson or any other company, they will need to meet those to be able to supply them.’

He added: ‘What we want to see is prototypes to be coming forwards in a matter of weeks before we move on to large-scale production.’

The Business Secretary said that if the government and manufacturers are ‘able to work at pace we will absolutely do that’.