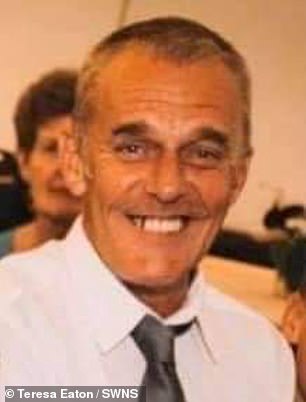 Nicolas Eaton (pictured), from Hailsham, East Sussex, was found dead at home by one of his sons in November last year

A grandfather died after a pharmacy perscription told him to take ten times the appropriate amount of pain medication, an inquest heard.

Nicholas Eaton had been placed on methadone in addition to his regular medication to help manage his pain, but a pharmacist at Seaforth Pharmacy calculated the amount wrong on his prescription.

The father-of-nine from Hailsham, East Sussex, was found dead in his home by his son on November 6 last year.

A criminal investigation was launched into Mr Eaton’s death on the grounds of manslaughter by gross negligence.

But the Crown Prosecution Service said the case did not meet the very high criminal standards set to pursue it in the courts.

His family are now looking to take civil action after an inquest at Eastbourne Town Hall on September 24 found the 55-year-old painter and decorator’s death to be an ‘accident’.

‘I have been left with four children with no father,’ his wife and partner of 19 years, Teresa Eaton, said at the inquest.

The inquest was told the painter and decorator had been given 5mg of methadone instead of his usual 5mg of pethidine due to a shortage.

Pathologist Zainab Ali told the inquest that taking 5mg of methadone was the equivalent of 50mg of pethidine.

A post-mortem report found he had died due to a combination of chronic obstructive pulmonary disease and methadone toxicity.

Daughter Karly said her father’s health was the ‘best he’d been for some time’ while taking pethidine.

But when he began taking the methadone, she described her dad becoming more tired, drowsy, and finding it difficult to walk.

After his death, she saw the methadone medication leaflet warned not to take it if the person had a lung condition, which he did.

She said: ‘I was concerned as to why it had been given to him.’

Dr Hashem Soozandehfar, a pharmacist from Hailsham Medical Group, said he believed the methadone to be equal strength to the pethidine. 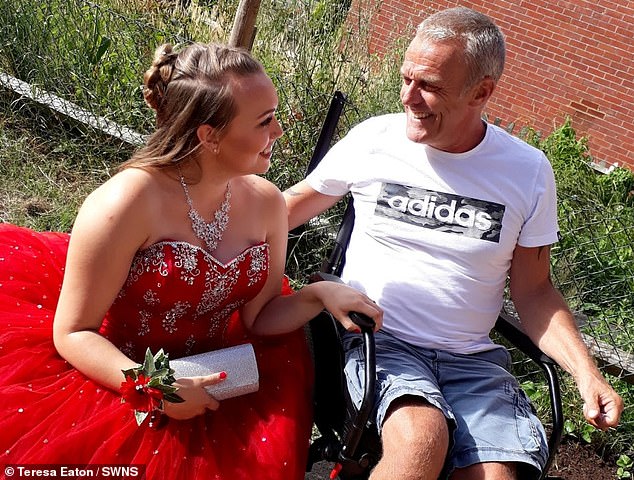 Daughter Karly, pictured above with Mr Eaton, said her father’s health was the ‘best he’d been for some time’ while taking pethidine. The family are looking to take civil action after the inquest found his death to be an ‘accident’

Following the death, a criminal investigation was launched on the grounds of manslaughter by gross negligence, but the case did not meet the threshold to pursue it in the courts.

Police said, to do so, the individual would have to show no consideration towards the person’s life, and Dr Soozandehfar had previous good character and had made a fatal but unintentional error.

Representatives of the health group were asked what measures had been taken to make sure this never happened again.

GP Sabina Spencer said the policy had been ‘thoroughly checked’ following Mr Eaton’s death and a number of improvements made.

When asked if the policy would allow a similar mistake to happen in the future, she said ‘no’.

Dr Soozandehfar said he had been instructed to take a course and the clinical commissioning group had produced a leaflet with advice to pharmacies on medication conversions.

Coroner Alan Craze said: ‘What you gave him was in fact 10 times the amount it should have been.

‘It was a catastrophic error as is recognised by everybody in this room.

‘But we can’t change history sadly. This error wasn’t made deliberately, it wasn’t made criminally.’

He reached a conclusion of a medical prescription accident and expressed his condolences to the family.

Speaking after the death, Mrs Eaton said: ‘He was an easy going family man that liked a simple life. We’ll all miss him.’