A victims’ compensation fund of $18,875,000 will be created and distributed among ‘women who experienced a hostile work environment, sexual harassment, and gender-based discrimination while working at The Weinstein Company, as well as sexual abuse by Harvey Weinstein,’ the attorney general’s office said.

However, it’s not clear how many victims will receive some of the payout.

In the agreement survivors will also be released from their confidentiality, non-disclosure, or non-disparagement agreements with the Weinstein Company and any  former representatives of the company related to Weinstein’s sexual misconduct.

In the powerful move, victims and those silenced by Weinstein’s decades of storied predatory behavior and abusive leadership can speak out freely without fear of retribution. 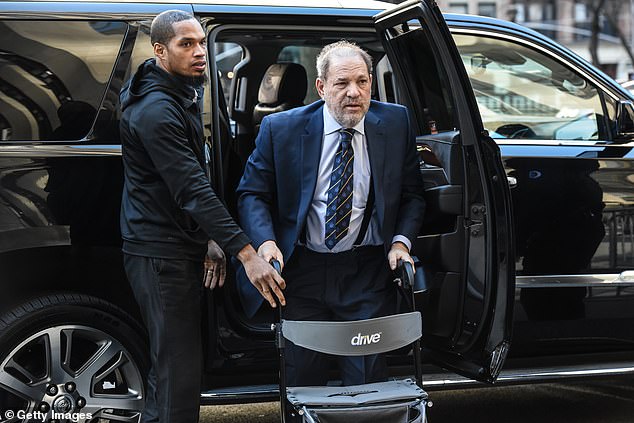 The settlement is an effort to resolve two lawsuits against Weinstein, who was convicted of first-degree criminal sexual act and third-degree rape in March and sentenced to 23 years in prison.

The settlement comes from a 2018 civil rights lawsuit filed by the New York AG’s office against the disgraced movie producer, his brother Robert Weinstein and the Weinstein companies at large for ‘egregious violations of New York’s civil rights, human rights, and business laws.’

That lawsuit accused Weinstein and his company of leading a hostile work environment.

The settlement would also end a separate class-action lawsuit brought in 2017 on behalf of nine women who accused Weinstein of sexual harassment or assault.

‘Harvey Weinstein and The Weinstein Company failed their female employees. After all the harassment, threats, and discrimination, their victims are finally receiving some justice,’ New York Attorney General Letitia James said in a statement.

‘This agreement is a win for every woman who has expereineced sexual harassment, discrimination, intimidation, or retaliation by her employer,’ James said. 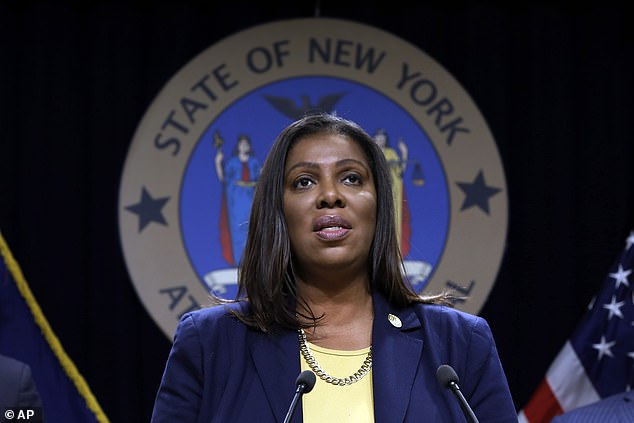 ‘This agreement is a win for every woman who has expereineced sexual harassment, discrimination, intimidation, or retaliation by her employer,’ James said in a statement

The agreement still has to be approved by the district court as well as the bankruptcy court presiding over the Weinstein Company’s bankruptcy case.

However, attorneys for six of Weinstein’s alleged victims disagree wih the settlement saying calling it a ‘sell out’ because Weinstein isn’t accepting responsibility or paying out of his own pocket.

‘The proposed settlement is a complete setllout of the Weinstein survivors and we are surprised that the Attorney General could somehow boast about a proposal that fails on so many different levels,’ attorneys Douglas H. Wigdor and Kevin Mintzer said to CNN.

Weinstein is currently serving out his sentence at Wende Correctional Facility in Erie County, New York

‘We are completely astounded that the Attorney General is taking a victory lap for this unfair and inequitable proposal, and on behalf of our clients, we will be vigorously objecting in court,’ they added.

In his four-week #MeToo trial in Manhattan, victims unearthed how he abused his power, preyed on dozens of women over the course of three decades, often dangling the promise of a movie career in exchange for sex acts.

In the trial six woman shared how they were abused by Weinstein and in the end he was convicted for the sexual assault of former Project Runway production assistant Miriam Haleyi and the rape of former actress Jessica Mann.

Weinstein, who has been accused of sexual misconduct by more than 100 women, still faces trial on rape and sexual assault charges in Los Angeles.

Weinstein is currently serving out his sentence at Wende Correctional Facility in Erie County, New York.

The book that damns Ghislaine Maxwell… and she was even reading...

I can tell you exactly why Leicester had to go back...