Kentucky Governor Andy Beshear on Monday called out an impatient driver who was seen honking incessantly at a school bus as children waited to have their temperatures checked so they could board.

Speaking during a press conference, Beshear blasted the driver as a ‘jerk’ and ‘not a part of team Kentucky’ as he urged other residents ‘don’t be this person’.

The incident happened just hours earlier as parents in Bullitt County took their children to catch the bus on the first day all elementary school students returned to in-person classes.

Students must have their temperatures checked, ensure they have a proper face mask, and undergo a brief health screening before they can board under coronavirus regulations. 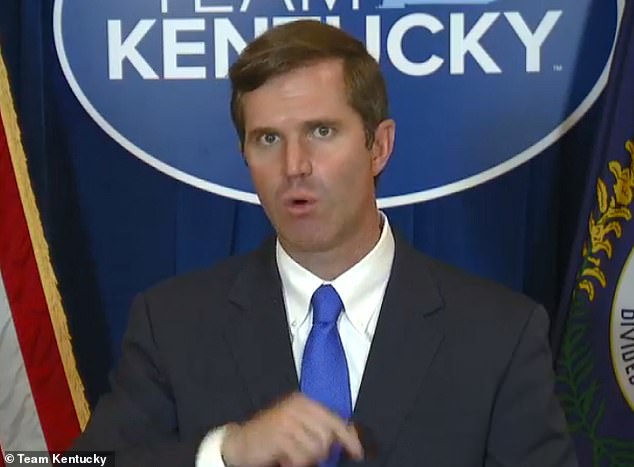 Kentucky Gov. Andy Beshear blasted an impatient driver seen honking incessantly at a school bus as children waited to have their temperatures checked a ‘jerk’ during his Monday briefing 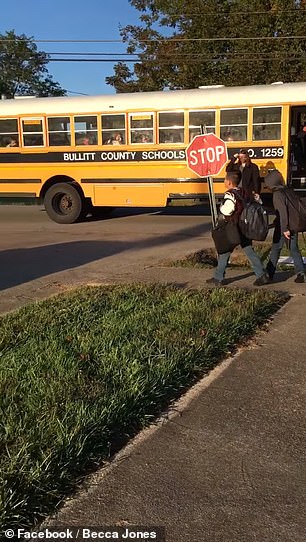 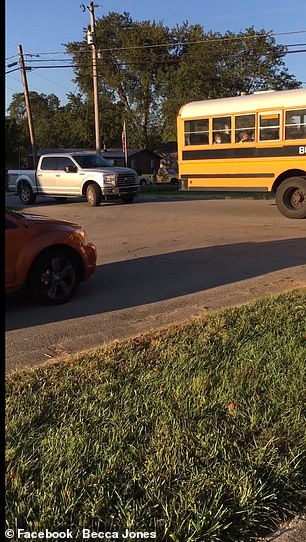 A video of the incident was taken by angered parent Becca Jones. It showed the driver in a gray truck honking at the bus as the children were lined up for their health screening

Also, this fuckin asshole in the silver truck behind Jaspers bus laid on his horn until all the kids were loaded on. Maybe leave your house a little earlier next time, dick. 🖕🏻

‘Nothing you’re going to, no deadline, is worth risking the safety of our kids who are getting on a bus,’ Beshear said.

‘This pandemic has for the most part brought out the best in us but it has exposed some people who need to open up their bible, talk to their minister and get their head right.

‘Laying on a horn while kids are trying to be safe getting on a bus, that is not who we are as Kentuckians,’ the governor added.

‘That’s not a part of team Kentucky. I hope that person goes and talks to somebody and I hope we all think about that before we either take an action like this, or sometimes even sit at our keyboard.’

Beshear had been shown a clip of the road rage taken by parent Becca Jones, according to WLKY. 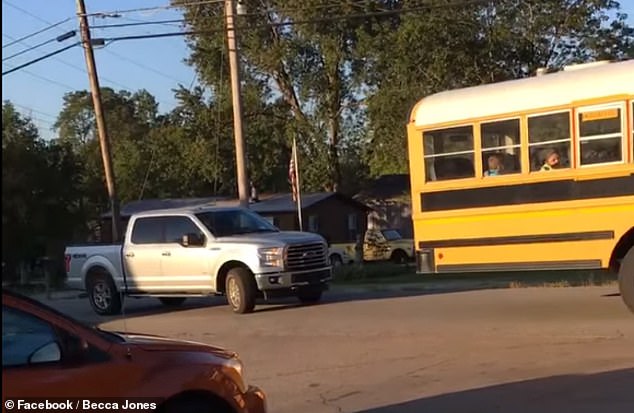 The governor blasted the driver in the gray truck pictured 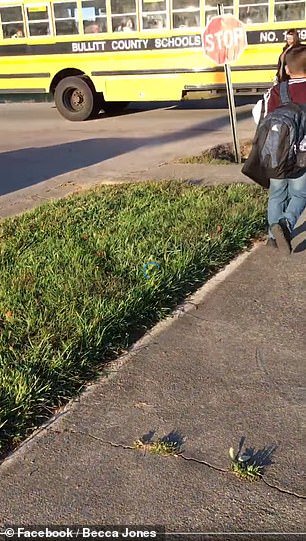 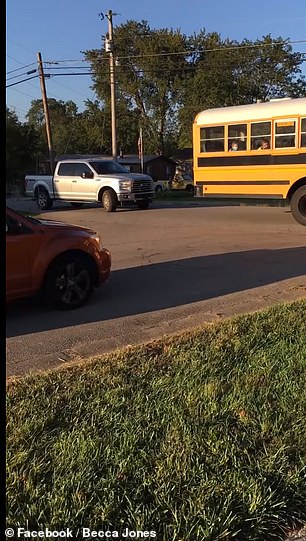 The incident happened on Monday morning, the first day that all elementary school students in Kentucky went back to in-person classes. The school distract said it was disappointing

She was angered as she watched the kids off to school on West Blue Lick Road in Shepherdsville while the driver in a gray truck honked their horn the entire time.

‘We’ve got a lot of safety procedures and protocols in place, and while we understand that can be frustrating for folks that are trying to get to work and get their day started, we just asked that they continue to be patient with us,’ Bacon said.

‘If you’ve got a bus stop with three, four, five kids to get on, that’s going to take a few minutes for our monitors to do the health checks that we need in order to make sure we’re being as safe as we can.’

He added that the district hopes the process will become more streamlined and speed up as the school year continues.

Beshear voiced his anger at the video just after he had expressed frustration at the record number of coronavirus cases that had been reported in Kentucky last week.

On Wednesday, the state reported more than 2,000 new cases as officials work to clear a backlog of tests in Fayette County, some of which date back to a month ago.

The total cases reported Wednesday was 2,398 but only 926 of those were new, as Fayette has not been feeding data into the reporting system for the state for several weeks.

‘Those are real cases,’ Beshear said. ‘Just because they didn’t happen today, those are 2,398 individuals. We hope most of them are asymptomatic.

‘They weren’t getting the data into the system to report to the state, and they knew they had it, and it wasn’t getting done. We’ve been in this pandemic long enough. It shouldn’t have happened, but we’re getting them caught up.’

Kentucky has a record number of coronavirus cases last week and this week is expected to be worse. The positive test rate in the state on Wednesday was 4.21 percent 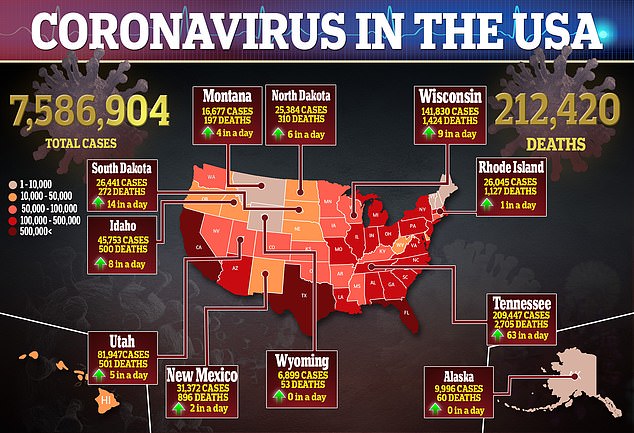 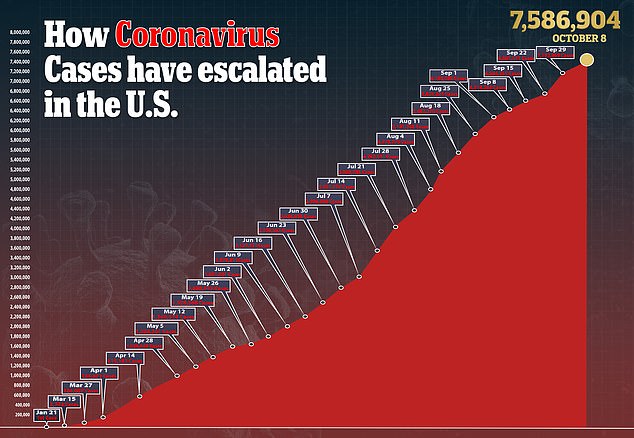 The state has now offered the county extra resources but warned it could risk losing state funding if it does not update its contact tracing and reported processes.

‘Even without the backlogged cases, we’re on pace, unfortunately, to have another record week,’ he noted.

Kentucky’s positive test rate on Wednesday, which would not have been affected by the backlog in cases, was 4.21 percent.

There were also five new deaths.

Alex McKinnon reveals he has let go of any hate for...

Luke Shaw believes Man United are getting rid of ‘sloppy and...