The husband of a disability rights campaigner, who was found dead in her home, has pleaded not guilty to murdering his wife, a court has heard.

Jackie Hoadley, 58, was found bludgeoned to death at the family home in Eastbourne, East Sussex, in July.

Her husband Ray, 62, was arrested an hour later at the residential care home where their two severely disabled children are cared for.

He pleaded not guilty to her murder at Lewes Crown Court on Friday and is set to go on trial in January. 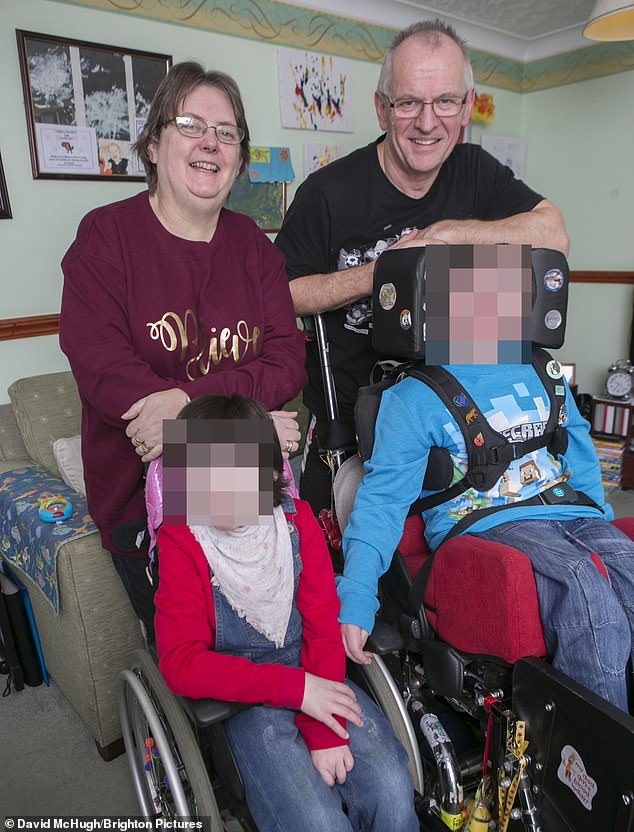 Ray Hoadley (right, with wife and adopted children Matthew, 15, and Ellie, 8) has pleaded not guilty to the murder of his wife Jackie Hoadley, 58, Lewes Crown Court heard on Friday

Mrs Hoadley is a well-known disability rights campaigner who has raised petitions about the lack of available funding for basic needs.

The couple shared two adopted children, Matthew, 15, and Ellie, 8, who both have complex disabilities.

Hoadley, wearing a black sweatshirt and dark trousers, was read the murder charge and asked how he pleaded on Friday.

The body of his wife was discovered after police were scrambled to her home at around 2pm on Sunday July 5 after a visitor raised the alarm.

She was found lying unconscious inside the property with serious injuries but tragically could not be saved.

Her two disabled children were not injured in the incident and it is unclear if they were home at the time.

Just days before her death, Mrs Hoadley posted on her Facebook page: ‘You are strong enough to handle whatever’s coming, even if it doesn’t feel like it right now.’

Stunned neighbours said they saw police cars and an ambulance at the house after the broad daylight tragedy. 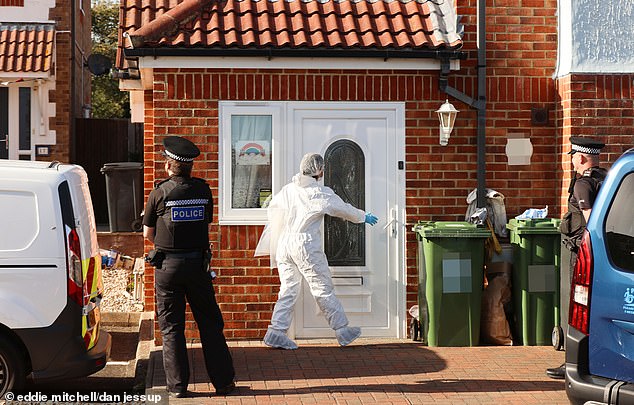 Disability rights campaigner Jackie Hoadley was found bludgeoned to death at the family home (above) in Eastbourne, East Sussex, in July

Mrs Hoadley launched a petition calling for free incontinence pads for disabled children, which has been signed by almost 100,000 people.

Last year, she spoke out saying that her two children were being denied basic human rights.

Writing on the petition page, she said: ‘My name is Jackie. I’m a mother of two wonderful children – Mathew is 15 and Ellie is 8.

‘The situation we’re now in is humiliating for myself and for my children. I’m used to constantly fighting for their rights, but can’t believe I’m now having to fight for this too.

‘My children didn’t ask to be born with disabilities. All I’m asking for is that they are treated with dignity and respect.’

The trial, which is estimated to last 10 days, is provisionally due to go ahead on January 4.

Wales’ Alun Wyn Jones is one game away from rugby greatness… just don’t say it in front of him!

Farmer shoots mother before killing himself ‘because of fear about caring...

Wales’ Alun Wyn Jones is one game away from rugby greatness…...

British mother Nazanin Zaghari-Ratcliffe was told her daughter would be taken...