A woman who was forced to have her rectum removed and her anus sewed up to save her life says people still don’t understand enough about bowel conditions ‘you can’t see’.

Speaking to BBC Stories, Crohn’s sufferer Rosie Campbell, from Essex, says ‘looking fine on the outside’ means others struggle to comprehend just how debilitating conditions such as inflammatory bowel disease (IBD), Ulcerative colitis and Crohn’s can be.

Rosie, who was diagnosed at the age of 12 and suffered symptoms including diarrhea and chronic pain, says she often has to explain to people that she ‘doesn’t have a bum hole’ after undergoing a protectomy – also known as ‘Barbie butt’ surgery – to stop her anus and rectum from turning cancerous. 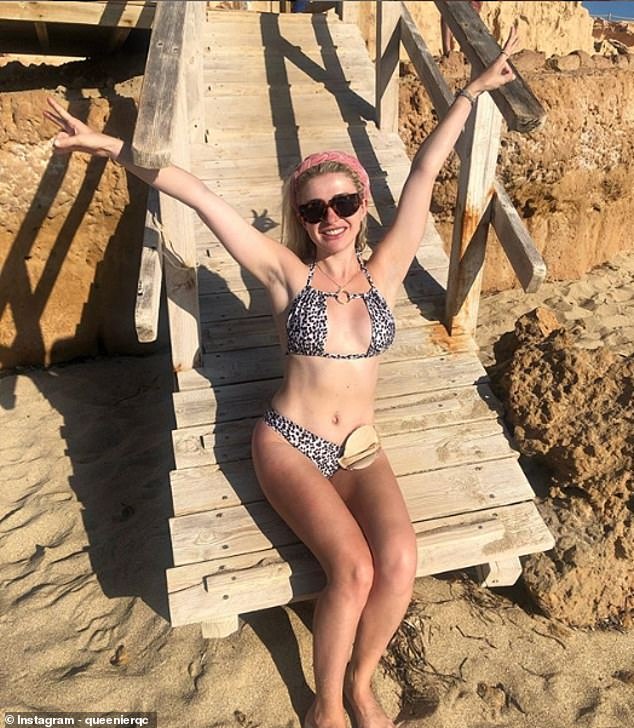 Rosie Campbell, from Essex, was first diagnosed with Crohn’s disease at the age of 12 and suffered with debilitating symptoms during her teenage years including chronic pain; after surgery to remove her large intestine she has a stoma bag to empty her bowel 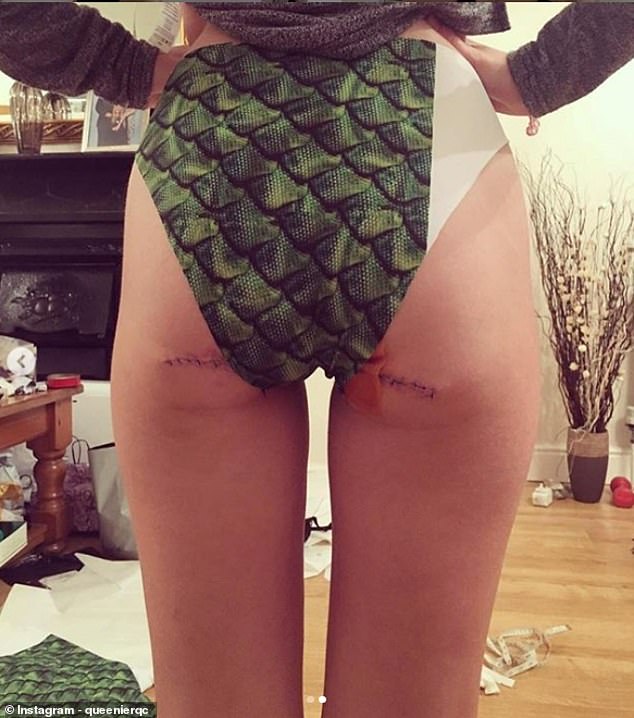 The condition can cause chronic pain, weight loss, diarrhea and fatigue and it’s thought around 500,000 people across the UK currently live with inflammatory bowel disease.

Rosie had already had surgery to remove her large intestine to form an ileostomy bag, leaving her with just a small colon and needing stoma bags.

She told BBC Stories journalist Bryony Hopkins: ‘On the outside you look fine, on the inside, it’s a completely different ball game.

‘I haven’t got my large intestine any more because it was going to kill me but just because I look like this doesn’t mean I haven’t gone through that.’ 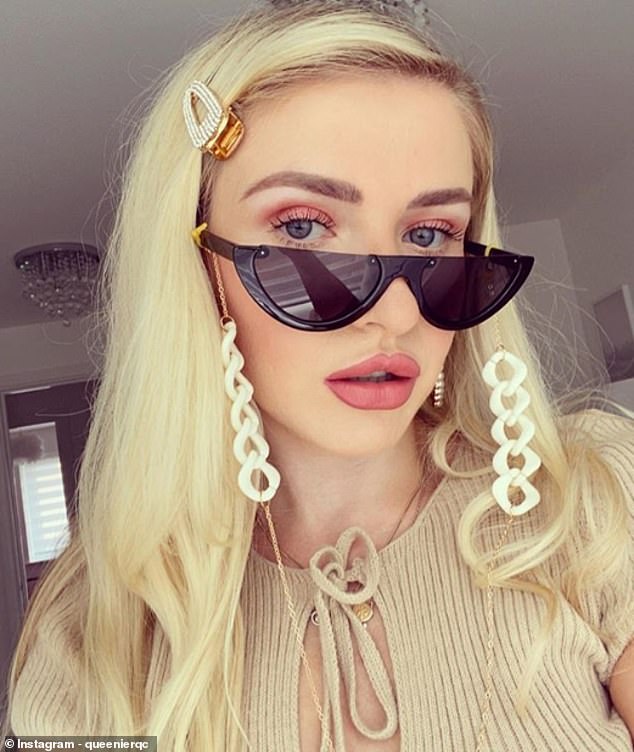 A better person: Rosie told BBC Stories journalist Bryony Hopkins that she ‘prefers this person to potentially what I might have been’ had she not been through what she’s been through

Rosie says she ‘lost part of who I was’ when she had the protectomy operation, but thinks she’s a better person because of what she’s been through.

She explains: ‘I grieved for someone that I thought I was going to be and I’m actually glad that I went through what I did.

‘I actually think I prefer this person to potentially what I might have been, without going through this.’

What is Crohn’s disease?

Crohn’s disease is a long-term condition that causes inflammation of the lining of the digestive system.

Inflammation most commonly occurs in the last section of the small or large intestine but it can affect any part of the digestive system.

Common symptoms can include:

Remission occurs when people with the disease go long periods of time without symptoms however these periods can be followed by flare ups of symptoms.

The exact cause of Crohn’s disease is unknown. However, research suggests a combination of factors may be responsible. These include:

environmental factors – Crohn’s disease is most common in westernised countries such as the UK, and least common in poorer parts of the world such as Africa, which suggests the environment has a part to play

Awkwardness surrounds her condition, she says, and Rosie admits she often has frank conversations with people about it: ‘People don’t know how to talk to you and when you tell people you don’t have a bum hole, they’re like “What do you mean?”

She says she tells them: ‘It’s gone, it would have turned cancerous, that would have killed me. I chose to live, that’s what I chose’. 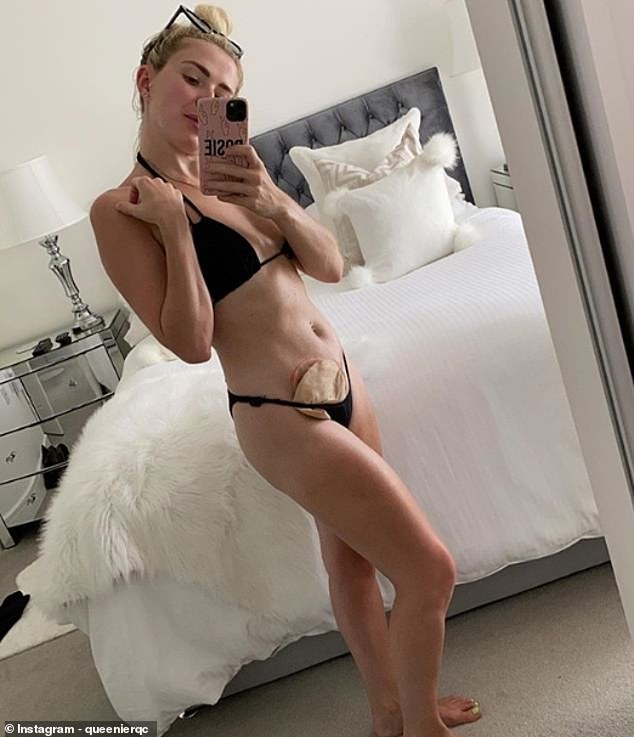 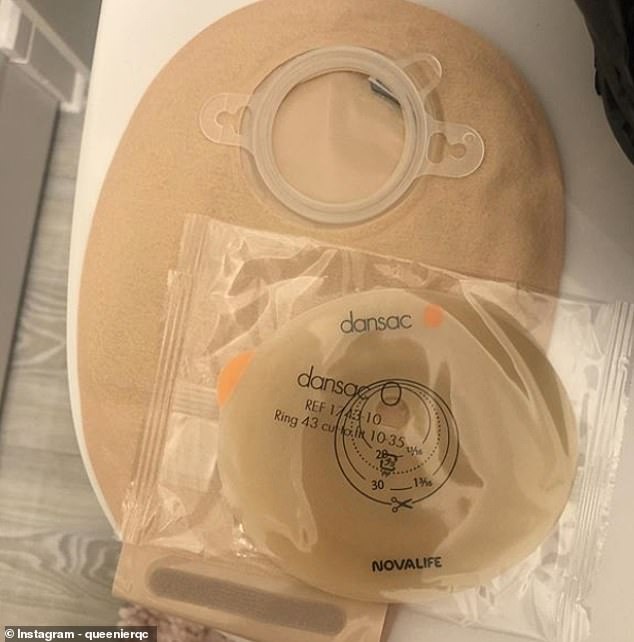 Reality: Her frank and honest posts shows the different sizes of bags she uses, saying she can only use smaller stoma bags when she’s on holiday

After the short film aired on BBC Stories, Rosie told her 5,000 Instagram followers that she’d been flooded with messages of support.

The film also featured Anthony Andrews, a young man facing the removal of his large intestine and documents BBC journalist Bryony Hopkins’ own journey with Crohn’s disease, which she’s had since childhood.

Speaking about her appearance in the film, Rosie urged her followers to be kinder to people saying it’s never clear what a person is going through.

She wrote: ‘IBD is a life changing illness and affects every part of your life! Physically and mentally. No-one chooses to be sick, and to have surgery, and to have a stoma… BE KIND ALWAYS!!’

Smile for the camera! Whale shark swallows an entire shoal of fish in award-winning photo

Smile for the camera! Whale shark swallows an entire shoal of...

Long-serving Army sergeant, 44, is court martialed for drunken clash with...

BA stewardess, 48, lost her job and suffered PTSD after ‘toxic’...