JK Rowling has announced that she will donate the royalties from her new children’s book, The Ickabog, to charities hit the hardest by the coronavirus.

The Harry Potter author, 55, made the announcement on Twitter today, sharing a picture of her first physical copy of the novel, writing: ‘My royalties will be donated to medical and frontline charities supporting those worst affected by Covid-19.’

The Ickabog is Rowling’s first children’s book published since the Harry Potter series and will be available to buy on November 10. 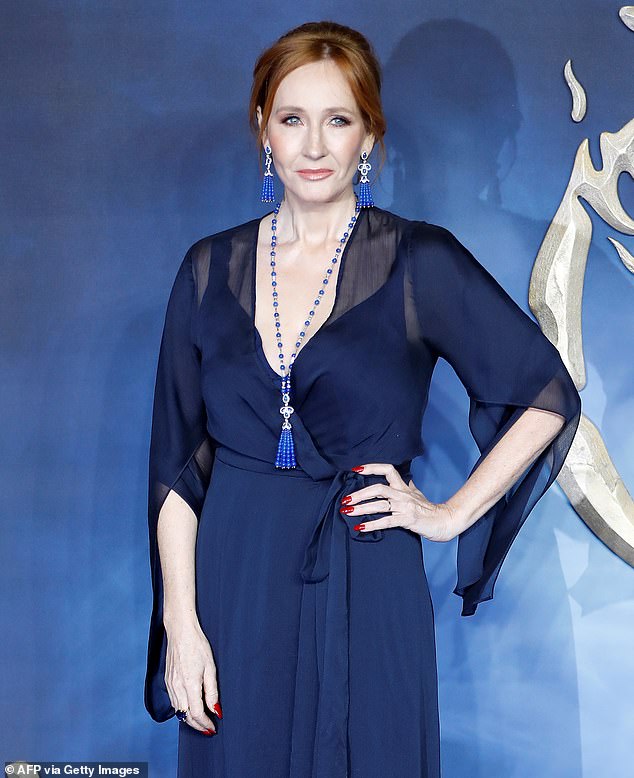 Harry Potter author JK Rowling, 55, has announced that she will donate the royalties from her new children’s book, The Ickabog, to charities hit the hardest by the coronavirus

It is a stand-alone fairy tale, set in an imaginary land unrelated to the Harry Potter world, and was made available for children to read during lockdown in free online instalments.

The children’s author said she wrote the story nearly 10 years ago in ‘fits and starts’ between the Harry Potter books but kept the manuscript stashed away in a dusty box in the attic and published adult novels instead.

During lockdown, Rowling said she came up with the idea of publishing the story for free for children online and her teenage children – The Ickabog’s first two readers – ‘were touchingly enthusiastic’.

Rowling said The Ickabog is ‘a story about truth and the abuse of power’ but was written over a decade ago and ‘isn’t intended to be read as a response to anything that’s happening in the world right now.’ 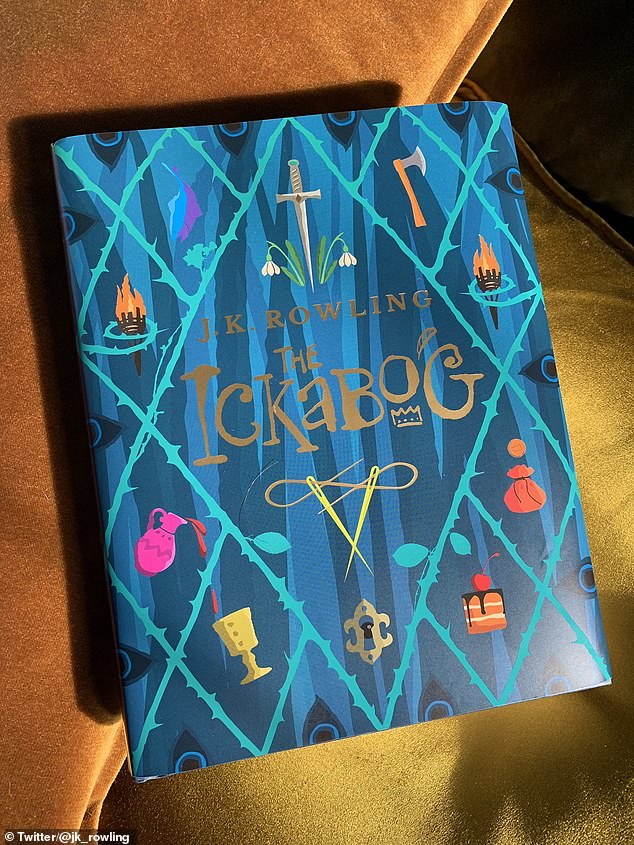 The Ickabog is a stand-alone fairy tale, set in an imaginary land unrelated to the Harry Potter world, and was written in ‘fits and starts’ between the Potter books but was kept in Rowling’s attic for 10 years

She thanked her young fans who sent in pictures for an illustration competition, with the winners’ drawings published in the novel, saying: ‘You reminded me just how much I love writing for young people.’

Her last children’s book, Harry Potter and the Deathly Hallows, published in 2007, set the record for the fastest-selling book of all time – selling roughly fifteen million copies worldwide within the first day of its release.

Since the Harry Potter series started in 1997, there have been over 500 million copies of Harry Potter books sold worldwide.

Although J.K. Rowling is known to be private about financial details, she has made substantial charitable donations in the past. 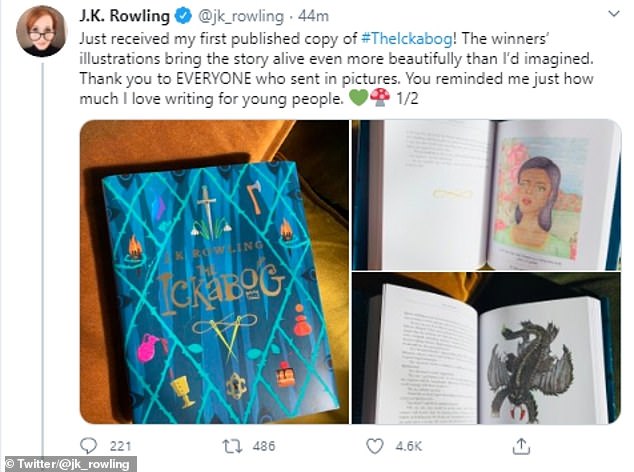 During lockdown, Rowling said she came up with the idea of publishing the story for free for children online and the physical copy of the book will be available to buy on November 10

The multi-millionaire’s net worth was estimated at £700 million in 2018, by The Sunday Times Rich List.

Rowling dropped off the Forbes billionaires list in 2012 due to a combination of factors, including the estimated £122 million (($160m) she donated to charity.

Last month, the novelist was subjected to bitter attacks from transgender activists following the publication of her latest novel, Troubled Blood, under the pseudonym Robert Galbraith.

The novel features a ‘transvestite serial killer’, which sparked furious backlash online a day before the book’s release last month.

The latest abuse directed at Rowling prompted the hashtag #RIPJKRowling to trend on Twitter, declaring her dead.

In light of the controversy a group of over 50 prominent literary figures signed letter in support of Rowling saying she a victim of ‘an insidious, authoritarian and misogynistic trend in social media’.

Despite the online backlash, Troubled Blood, the fifth novel in the crime fiction series, sold 64,633 copies in its first five days – nearly doubling the sales of its predecessor.

Coronavirus Germany: Plans for ‘lockdown light’ amid surge in infections

BBC accused of portraying Oscar Pistorius as a victim in new...

Coronavirus Germany: Plans for ‘lockdown light’ amid surge in infections

Mum, 22, has ‘four little marble’ cysts squeezed from her scalp...