Job applications rise but there are 28% FEWER positions advertised than last year, data shows – as workers scramble for security before the furlough scheme comes to an end

By Stephanie Linning For Mailonline

There has been a rise in the number of people applying for jobs ahead of the end of the furlough scheme this month, data reveals.

Job applications have increased by 10.5 per cent in the last month, according to data from UK-based CV-Library, as workers scramble for secure employment.

However there are 27.5 per cent fewer vacancies than there were at the same time last year. Data also reveals average pay has dropped by 12.6 per cent year-on-year and by 0.8 per cent month-on-month.

The announcement comes as it emerged firms have already made plans to lay off 500,000 people during the coronavirus crisis. 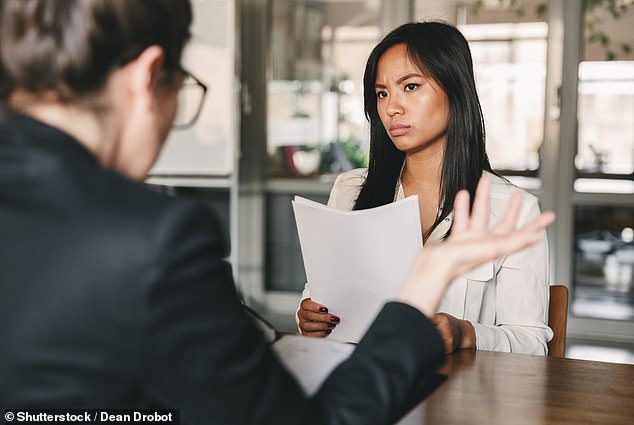 Job applications have increased by 10.5 per cent in the last month, according to data from UK-based CV-Library, as workers scramble for secure employment. Stock image

The furlough scheme ends on 31 October and will be replaced by a new Job Support Scheme.

Under the scheme the government will subsidise workers so they can pick up 77 per cent of their usual wages for doing as little as a third of regular hours.

Under the new system employees’ wages receive a maximum subsidy of 22 per cent from the Treasury, depending on how many hours they work.

But firms must pick up the additional 55 per cent, compared to 20 per cent under furlough. It has sparked fears that many businesses will simply lay staff off instead of taking it up.

Lee Biggins, founder and CEO of CV-Library, commented: ‘While we saw a dip in applications back in August, they picked up significantly in September, which tends to happen as people adopt the “back to school” mindset.

‘That said, we do know that the furlough scheme is due to end in a matter of weeks now and while the government is offering further support through its Job Support Scheme, professionals are clearly nervous about their prospects and competition for jobs is ramping up.

‘As we can see from our findings, this is happening across all corners of the UK and in a range of industries.’

Brighton saw the biggest increase in application rates (up 46.8 per cent year-on-year), followed by Inverness (37.7 per cent) and Bristol (33.1 per cent).

The sectors that have seen the biggest increase over the same time period are telecoms (108.2 per cent), public sector (98.1 per cent) and medical (60.3 per cent).

The biggest drops in advertised jobs were seen in the design (70.2 per cent), administration (65.2 per cent), catering (63.8 per cent) industries.

Biggins added: ‘Every week we’re seeing more jobs being advertised on our site and, while vacancies are nowhere near levels that they were at a year ago, this is a promising indicator that the job market is headed in the right direction.

‘That said, we know that many businesses and job seekers are still struggling and are worried about what a second wave will mean for their prospects. All we can do for now is sit tight and weather the storm through the autumn and winter months.’