It is not just the fans of Manchester City, Liverpool, Tottenham Hotspur, Leeds United and Wolves who are cheering a successful transfer window.

Football super-agent Jorge Mendes also has cause to celebrate since he will pocket  the commission on a string of mega deals he brokered in the last few months, generating a staggering £260million in transfer fees.

And Jonathan Barnett, who was named as ‘the most powerful sports agent in the world’ last year, has done well for himself and his clients, too, His Stellar Group agency negotiated £135m worth of player sales.

But it’s been a relatively quiet window for the third member of the agents’ super club, Mino Raiola. The man who put together Paul Pogba’s £89m move from Juventus to Manchester United in 2016, facilitated only £18m of transfer business. 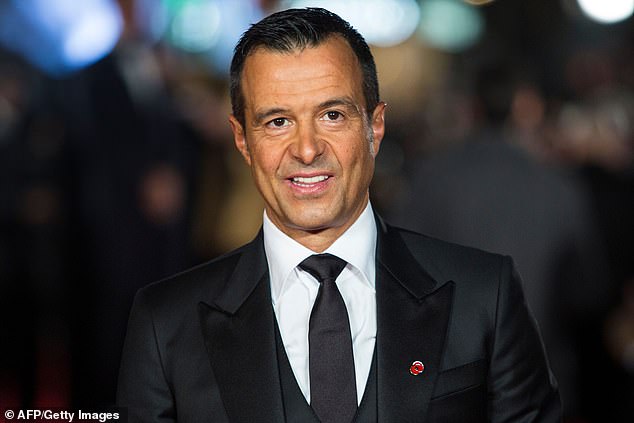 Mendes, who runs the Portugal-based Gestifute sports agency, represents Ruben Dias, Diogo Jota, Nelson Semedo and Nicolas Otamendi – among others – who made big-money moves in the summer window.

Despite the worldwide coronavirus pandemic, Mendes, who famously oversaw Cristiano Ronaldo’s £100m move from Real Madrid to Juventus in 2018, has had another good year.

While most of the major European leagues locked down with clubs reducing their net spend to around zero, Mendes was still able to broker plenty of business in the high-rolling Premier League, where spending was above £1.2billion.

Agents’ fees are a major part of any deal with the total spent on intermediaries last year topping £500m for the first time, according to FIFA, but it is often not known how much the agent was paid in an individual deal or window.

‘When people try to estimate what agents have made in the window they are often wildly inaccurate,’ said Dan Chapman, Head of Sports Law at Leathes Prior solicitors and himself an agent.

‘The only people who know what has been paid to the agents involved are the clubs and the agent, and the player too if they have properly scrutinised the documentation.’

‘There are many different ways an agent might get paid because they can act for everybody, the selling club, the player and the buying club.’ 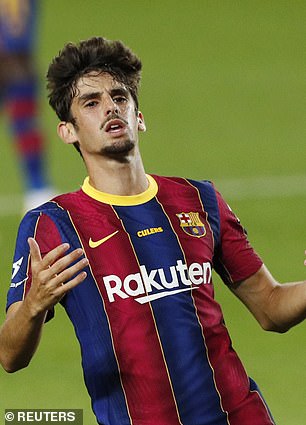 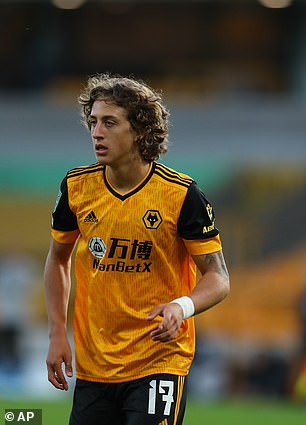 Mendes has made money from deals involving other agents’ players, according to reports in Spain and Portugal, including the transfers of Francisco Trincao and Fabio Silva

For Mendes, that includes being paid for brokering deals involving other agents’ players.

The £35m transfer of 18-year-old striker Fabio Silva, who is represented by Soccer Talents Vision, from Porto to Wolves earned Mendes and his agency £6.4m for helping the deal to go through, according to reports in Portugal.

Similarly, 20-year-old Francisco Trincao’s £26m move from Braga to Barcelona also involved an agreement to pay £6.4m for Mendes’ services, according to the Spanish website AS, despite the fact the player is a client of agent Bruno Carvalho.

It is not just Mendes who has benefited from the surprising profligacy of the Premier League clubs this summer. 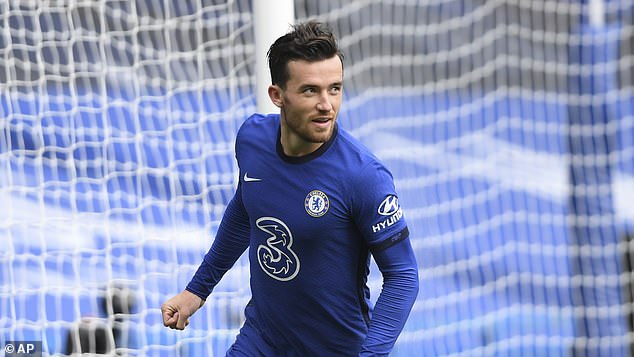 Meanwhile, Raiola, whose A-list clients include Zlatan Ibrahimovic, Mario Balotelli and Borussia Dortmund striker Erling Haaland, who is valued at £72m, was quieter than normal.

He dealt with a handul of modest transfers in Italy and a loan move for Justin Kluivert, 21, from AS Roma to RB Leipzig for a fee of just under £1m. Kluivert is the son of legendary Holland international striker Patrick, who is now academy director at Barcelona.

However, agents can actually make more money from negotiating new contracts for players who are staying put, so if, for example, Raiola’s client Pogba were to agree to extend his stay at Manchester United, it would probably be a lucrative deal for them both.

The Most Powerful Football Agents

Rank: #1 on the Forbes list of the World’s Most Powerful Sports Agents 2019

Rank: #3 on the Forbes list of the World’s Most Powerful Sports Agents 2019

Number of clients valued at more than £1m: 54

Rank: #5 on the Forbes list of the World’s Most Powerful Sports Agents 2019

Number of clients valued at more than £1m: 40

Source: Forbes The World’s Most Powerful Sports Agents 2019 and transfermarkt.co.uk

With respect to the summer’s other big deals, the German agency Spielerrat GMBH, which has only six players on its books valued at more than £1m, managed attacking midfielder Kai Havertz £89m move from Bayer Leverkusen to Chelsea.

And Karlheinz Forster, a central defender who was capped 81 times for Germany, handled Timo Werner’s £48m transfer from RB Leipzig to Chelsea despite only have two clients valued at more than £1m, while the American agency Wasserman oversaw Nathan Ake’s switch from Bournemouth to Manchester City for £41m.

Fifa announced a series of measures to restrict fees paid to players’ agents last year, by introducing caps on what they can earn on any deal.

However, at present only guidelines are in place, which are often ignored. 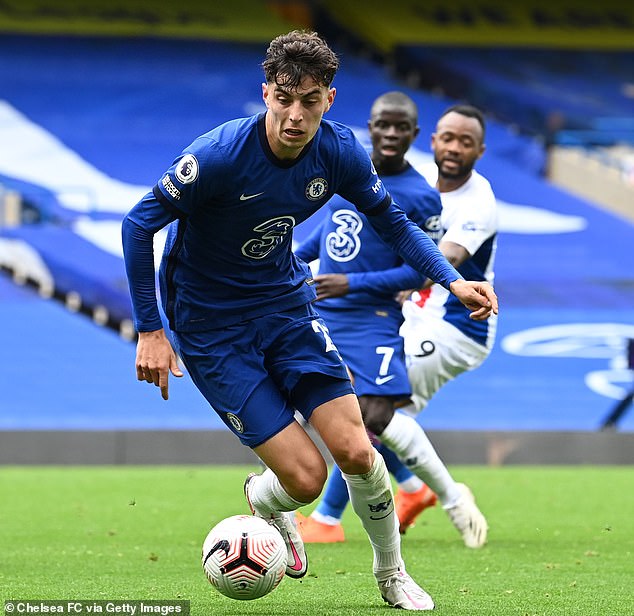 Kai Havertz, who is managed by the German agency Spielerrat GMBH was this summer’s most expensive player, with the attacking midfielder moving to Chelsea for £89m

While agents are exceptionally well paid when a star moves for big money, many of them are managing a large list of clients, who do not command high fees, including ageing or young players and those in the lower leagues.

Often players move on loan or use a free transfer in an attempt to increase their playing time or further their career.

Between them Barnett, Raiola and Mendes have managed around 30 loan deals and free transfers in this window alone.

Who is Jorge Mendes?

Jorge Mendes is one of the world’s most successful football agents.

According to Forbes, the media company that tracks the wealth of global influencers, Mendes is ranked three in the list of the world’s most powerful sports agents, which is largely dominated by US sports.

Last year, it was estimated he was managing more than £900m in active contracts.

The former DJ and nightclub owner has been overseeing some of the game’s most valuable transfers ever since he extended his friendship with footballers in Porto into brokering their next moves. 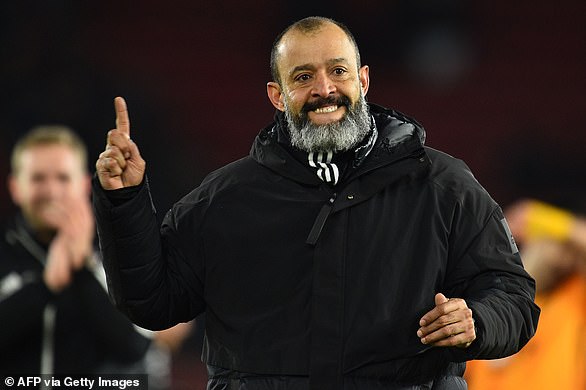 He set up Gestifute in 1996 and his first deal in 1997 saw the current Wolves manager Nuno Espirito Santo move from Vitoria Guimaraes to Deportivo la Coruna for just over £2m.

For the last 20 years he has steadily extended his influence in the Portuguese game to such an extent that he claims to have conducted 68% of all player transactions at Portugal’s great clubs, Sporting Lisbon, Benfica and Porto, in the decade 2001-10, according to The Guardian.

Nuno Espirito Santo is still one of Mendes’ clients and in recent years the agent has created a new sphere of influence in the unlikely location of Wolverhampton.

The list includes, right-back Matt Doherty, who moved from Wolves to Spurs for £15m this summer, where Jose Mourinho is also a client of Mendes.

Other Wolves-related business included striker Diogo Jota, who left for Liverpool in a £41m deal, and midfielder Helder Costa, who went from Wolves to Leeds for £16m.

Coming in were Mendes’ client Nelson Semeda who moved to Wolves from Barcelona for £37m and the teenager Fabio Silva, who found his way from Porto to Wolves for £35m with assistance from Mendes, according to reports in Portugal.

The pair should feel at home since goalkeeper Rui Patricio; midfielders Ruben Neves, Joao Moutinho, and Vitinha, and strikers Daniel Podence and Pedro Neto are all Mendes’ clients.

Coronavirus antibodies that can ‘neutralize’ the virus can last at least...