Judge leaves courtroom to sentence machete thug, 28, to nearly two years in jail while he’s locked in POLICE VAN after he’s deemed ‘too violent’ for dock

By Joel Adams For Mailonline

A Scottish judge had to walk out of his courtroom yesterday to jail a man for an horrific machete attack – because the violent thug was too dangerous for the court and remained locked in a police van.

Security staff were unable to bring Harrison Long, 28, to the dock at Selkirk Sheriff Court yesterday as he hurled abuse and threats and threw himself against the walls of the armoured vehicle.

So Sheriff Peter Paterson left his seat on the bench to go downstairs to the van in the court’s car park. 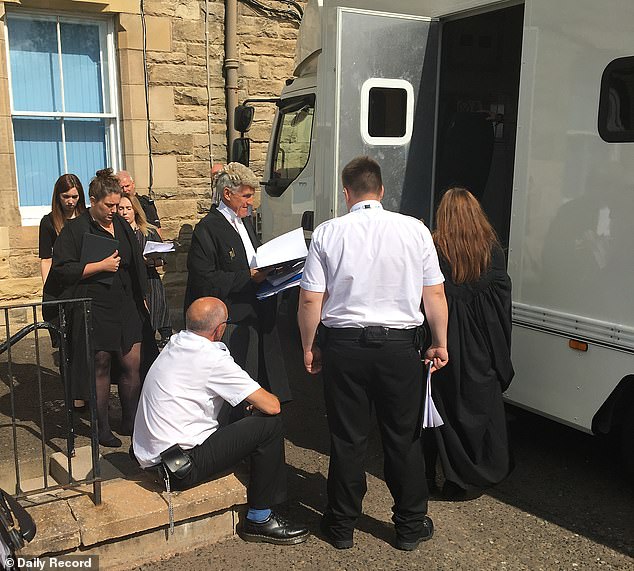 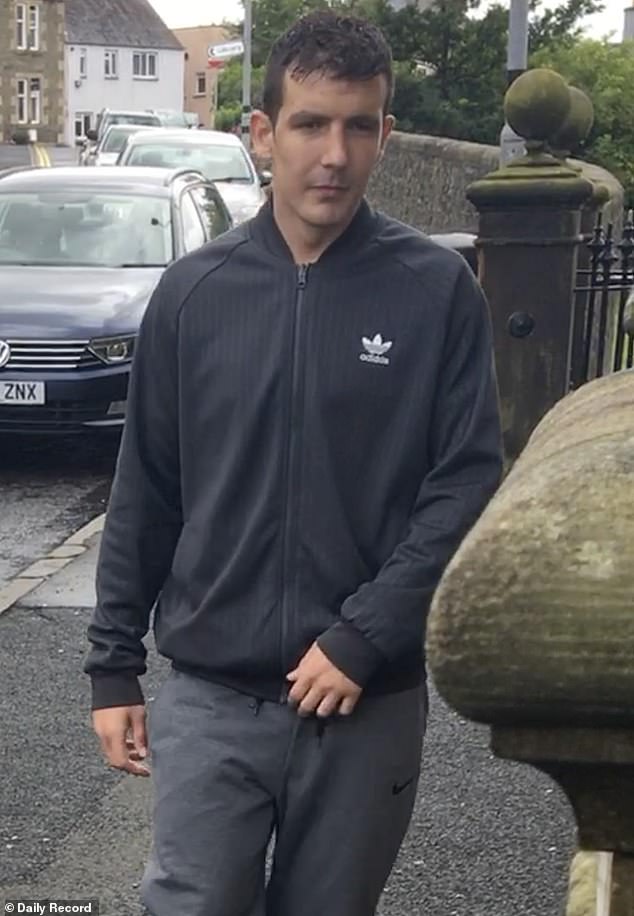 Harrison Long smeared his faeces on the walls of his cell, it emerged at his sentencing today 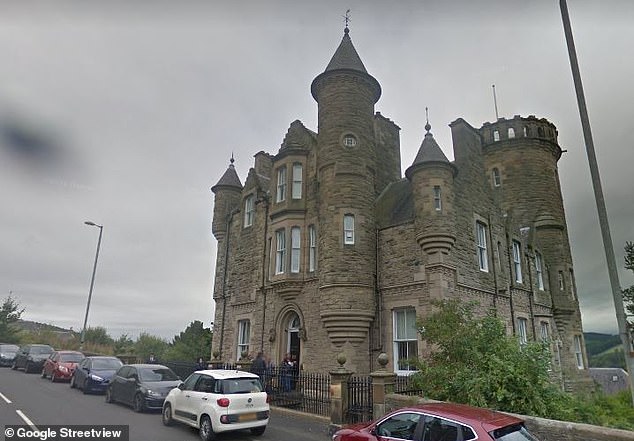 Selkirk Sheriff Court in Scotland. Sheriff Peter Paterson left his bench and walked downstairs and out to the car park (not visible in photo) to sentence Long to two years behind bars

Who is Borders Sheriff Peter Paterson?

Peter Paterson was appointed to the Borders bench in 2013, having previously served in Arbroath.

Within the year the no-nonsense judge locked up a 38-year-old man accused of intimidating a police witness. 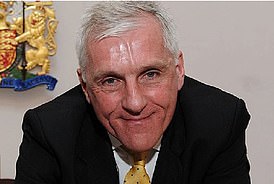 Officers were questioning a man in a pub over an assault allegation when Douglas Cruikshank, said to be a member of the far-right Scottish Defence League, entered.

According to prosecutors Cruikshank ‘stood and stared at the person police were speaking to, and when the man asked him if he had a problem, he told him he was just watching him being a grass.’

Remanding him in custody Sheriff Paterson told Cruikshank he considered the offence very serious and warned: ‘I will not tolerate people interfering with police enquiries.’

Earlier this month he criticised Scotland’s weak wildlife crime laws after a gamekeeper convicted of killing protected birds of prey and mammals avoided a prison term.

Alan Wilson, 60, pleaded guilty in July to shooting and trapping badgers, an otter, goshawks and buzzards and installing 23 illegal snares.

Sheriff Paterson said such crimes usually deserved a prison sentence, but the Wildlife and Countryside Act only allowed sentences of up to six months, and Scottish ministers recently introduced a presumption against jailing offenders for less than 12 months.

He said: ‘It highlights the difficulties with the legislation. If it wasn’t for this provision then in my view a custodial sentence would have been appropriate.’

Two years ago he was shocked to learn that a 16-year-old girl before him accused of threatening behaviour, shouting and swearing and acting in an aggressive manner was an alcoholic.

He said he found it difficult to comprehend that a girl of 16 could be an alcoholic, adding: ‘It takes a lot to surprise a criminal court, but I must confess that I am speechless at what I have been told.’

He sentenced Long to 640 days imprisonment – just under two years – over the appalling assault which left victim Colin Hendrie, 42, with a fractured arm and a blade wound exposed to the bone.

Locked in the police van Long screamed that his solicitor was ‘f****** sacked’, adding: ‘I’ve got the right to represent myself.’

Sheriff Paterson did give the convict the chance to speak for himself but Long ranted further obscenities and repeatedly slammed the door and sides of the van, blocking out much of what was said in the makeshift courtroom.

The sheriff passed sentence and returned upstairs to continue the afternoon’s business.

Long raved at two security guards standing outside the van before the Sheriff’s arrival, telling one he would ‘f****** smash your head in’.

Long was arrested in a raid by armed cops after carrying out the machete attack in Selkirk on February 3.

He left victim Colin Hendrie, 42, with a fractured arm and a blade wound exposed to the bone.

A trial heard Long brandished the two-foot weapon at five people who believed he had earlier battered a Staffordshire bull terrier.

Long protested he was ‘framed’ after a row erupted with the dog’s owner, but a Scottish jury convicted him of the terrifying machete rampage earlier this month.

It was also revealed today at the sentencing that Long bit a police officer and covered a cell at Hawick police station with his own faeces after being detained.

And the court heard that Long had chased another man with a metal baton in a separate incident.

The victim had just found Long in bed with his girlfriend.

‘He was swinging the machete towards us.

‘I tried to grab him and got caught with it on the elbow.

‘I hadn’t even noticed I’d been hurt until someone in the bookies pointed out the blood.

‘I looked and I could see my bone.’