Kim Jong-Un made his first public appearance in three weeks by holding a meeting to discuss how North Korea can improve its nuclear capabilities.

The North Korea leader, 36, was last seen at the opening of a fertilizer plant on May 1 but had not appeared in the public eye since then.

The Seventh Central Military Commission of the Workers’ Party of Korea also saw Kim reveal intentions to increase the strength of the standing army and place the country’s strategic armed forces on high alert. 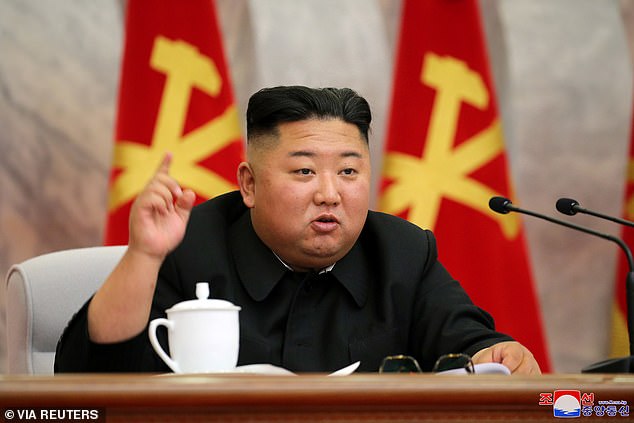 The Korean Central News Agency said: ‘Set forth at the meeting were new policies for further increasing the nuclear war deterrence of the country and putting the strategic armed forces on a high alert operation.’

KCNA also revealed Kim mentioned the need to mend ‘unreasonable machinery and compositional defects’ of the military so it could be better prepared when the country needs to defend against ‘foreign forces’.

Photos from the meeting also show Kim in front of a presentation board and using a long white stick to make a point. 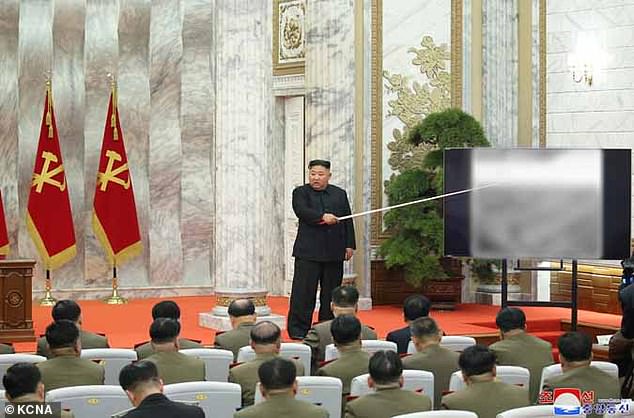 His appearance at the fertilizer plant on May 1 was his first appearance in 20 days, leaving many concerned over the North Korea leader’s health during the last week of April.

Ji Seong-Ho, a North Korean defector, told South Korean media that he was ’99 per cent sure’ Kim had died after the cardiovascular procedure and that an announcement regarding his passing was imminent.

However, cold water was swiftly poured on those rumours, with a South Korean official stating that Kim was ‘alive and well’. 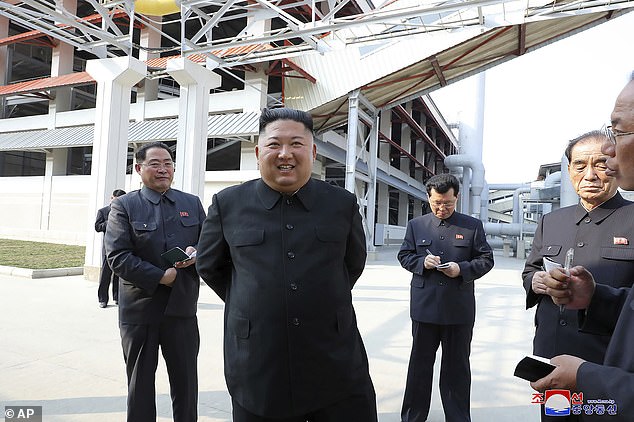 Kim’s last public appearance before the military meeting came on May 1 where he opened a new plant fertilizer. It was the first time he had been seen in 20 days – a period where rumours circulated about his ill-health

South Korean parliament member Kim Byung-Kee even said that there were no original health concerns surrounding the North Korea leader’s health to begin with.

He told reporters on May 6: ‘The National Intelligence Service (NIS) assesses that at least he did not get any heart-related procedure or surgery.

‘He was normally performing his duties when he was out of the public eye. At least there’s no heart-related health problem.’

The longest period Kim Jong-Un has spent away from public eye is 40 days, when he received treatment for a damaged ankle in 2014.

Meanwhile, North Korea have yet to confirm a single coronavirus case or death in the country.

Savvy father builds daughter, three, her own miniature house for £800

SpaceX and NASA could be charged annual fee for every satellite...

Six are arrested for burglary at creepy abandoned mansion owned by...

Savvy father builds daughter, three, her own miniature house for £800