‘Thousands of people exposed to the virus could be wandering around not knowing they are infected: Labour savages Matt Hancock for having NO idea how many contacts need to be traced after Excel bungle missed 16,000 cases

Labour has brutally torn into Matt Hancock for having no idea how many people need to be traced after an Excel Spreadsheet blunder left thousands wandering the street – including in virus hotspots – blissfully unaware that they had been exposed to the virus.

Tearing at the Health Secretary’s ever-growing list of blunders, Shadow Health Secretary Jonathan Ashworth held Hancock’s feet to the fire over the admission that less than half the country would receive the coronavirus vaccine should one become available – despite previous promises it would be made available to everyone.

‘Of the 14,000 contacts, not the index cases, contacts, how many have been traced and how many are now isolating?’

Landing a second blow after Hancock failed to answer his question, Mr Ashworth added: ‘I listened carefully to what he said about a vaccine yesterday in light of the News about the Government’s aims to vaccinate 30million people. There has been an expectation that the whole of the population would get vaccinated – not least because he said at the Downing Street press conference he “would hope, given the scale of the crisis, we would have the vaccine and everyone would be given the vaccine”.

‘They’re his words. Can he tell us for the 50 per cent of people who will not be vaccinated how soon will it take for life to return to normal for them?’

The Government’s testing system was under a renewed assault yesterday after it emerged its Excel Spreadsheet for Track and Trace had been cutting positive cases off the bottom after it reached its maximum number of cells.

The oversight, which has been blamed on the soon-to-be-defunct Public Health England, meant thousands were not contacted and traced despite testing positive for the virus. 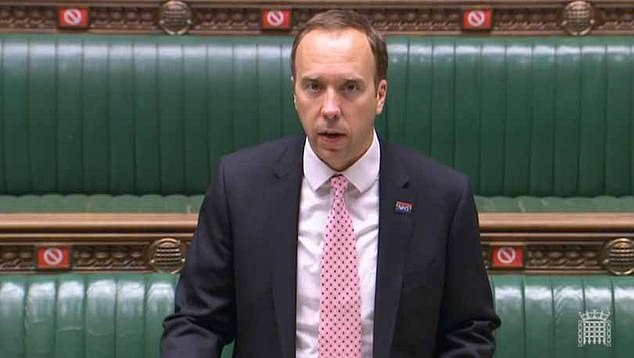 ‘Safe and effective’ Covid-19 vaccine could be ready by the end...

One of Britain top restaurants ordered to tear down pergola after...