Xherdan Shaqiri has become the third Liverpool player to test positive for the coronavirus in the space of a week.

It is another blow for the Premier League champions who confirmed last week that both Sadio Mane and Thiago both tested positive for Covid, with all three players having to self-isolate as a result.

The Swiss FA confirmed Shaqiri’s test on Tuesday morning and the winger will now be out of action for 10 days. 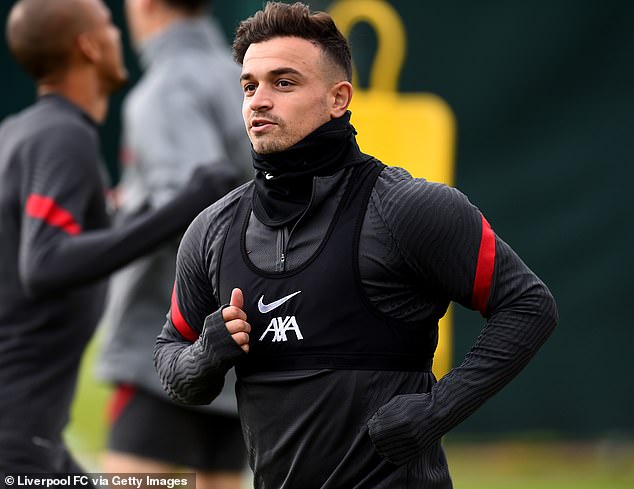 The Premier League confirmed on Monday that nine new positive coronavirus results were returned in the latest round of testing, but it is unconfirmed whether Shaqiri was included in that total.

A Premier League statement on Monday evening said: ‘The Premier League can today confirm that between Monday 28 September through to Sunday 4 October, 1,587 players and club staff were tested for Covid-19.

‘Of these, there were nine new positive tests. Players or club staff who have tested positive will self-isolate for a period of 10 days.

‘The Premier League is providing this aggregated information for the purposes of competition integrity and transparency.

‘No specific details as to clubs or individuals will be provided by the league and results will be made public after each round of testing.’