By Chris Jewers For Mailonline

A delivery lorry spilled thousands of cans of beer onto a road in Thailand – sparking a frenzy as passers-by raced to collect them.

The truck was loaded with more than 3,600 crates of ‘Leo’ beer when it lost control on a wet road and smashed into a tree in Chumphon, southern Thailand in the afternoon of May 23.

Driver Thanongsak Sairin was able to manoeuvre the truck so it did not overturn, but despite his best efforts, hundreds of crates were strewn down the roadside. 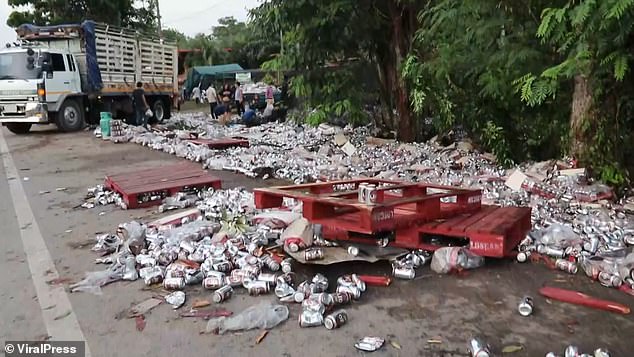 A driver of a beer delivery truck in Thailand lost control of his vehicle and crashed into a tree, leaving a 150 foot trail of beers in his wake

Leo is one of the most popular brands in Thailand. The average price of a single can of beer in Thailand is reportedly 45 baht, roughly £1.15.

Therefore, the value of beer on the crashed truck was around £4,150, the vast majority of which was lying in the road and free for the taking.

Footage from the scene shows locals swarming around the 150 feet long trail of fallen beers as they scooped up what they could.

Passing motorists were also seen stopping and loading the looted booze into their cars before driving away.

He slammed those who collected the beer for themselves and praised the Good Samaritans who helped him to load the cargo back onto his truck. 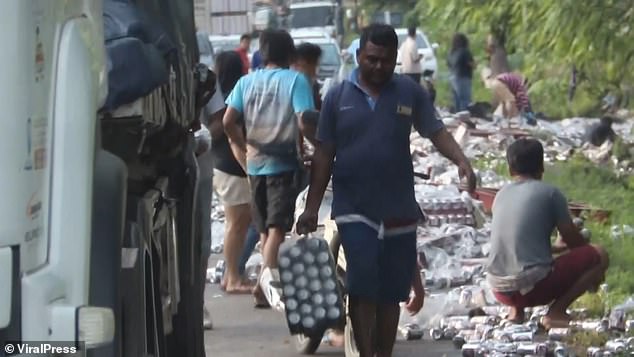 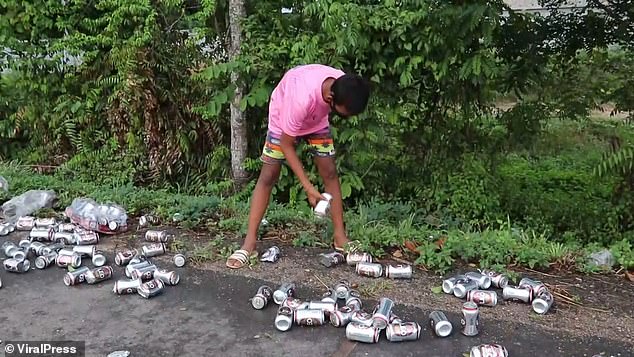 More than 3,600 cans of lager were reportedly loaded onto the truck, with each one with a market value of around 45 Thai Baht, or roughly £1.15

Thanongsak said: ‘I tried to control the truck on the wet road to prevent it from flipping and causing even more damage to the goods.

‘The truck didn’t overturn but it spilled some of my goods, which were taken by selfish people. They did it despite me trying to stop them.’

In the video, thousands of beer cans, some still wrapped in plastic and others loose, can be seen spread for 150 feet down the side of the road. 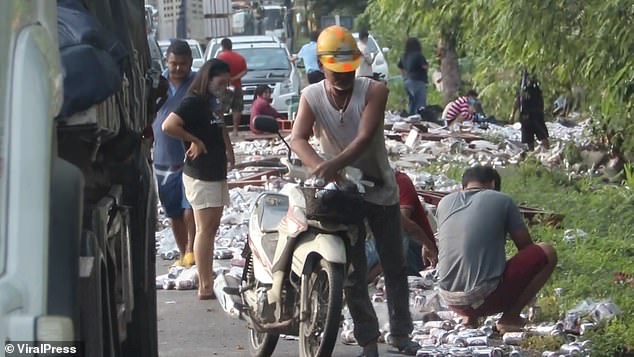 Despite pleas from the driver of the truck, people continued to grab the beer and take off with it on their scooters or in the boots of their cars 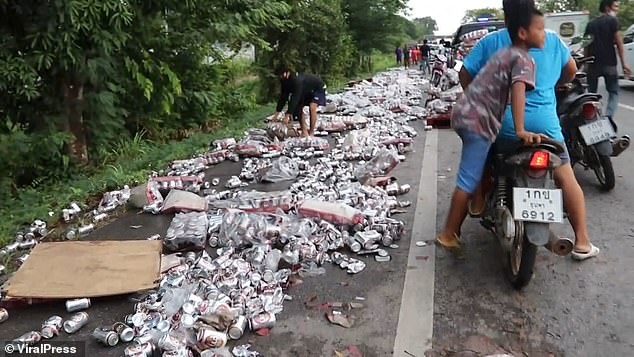 The driver said that the accident had been caused by a slippery road, and while he was able to stop the truck from overturning, he could not save the thousands of beers that fell off

The accident is shown to have caused traffic to slow down to one lane, while some drivers pull over to grab as many beer cans as they can.

Some members of the public are filmed helping the driver load the cans back onto the truck, or into smaller pick-up trucks pulled up next to the damaged vehicle.

However, their efforts appear futile as the truck is very damaged and does not look like it is going anywhere soon.

The front-left of the cabin has been smashed in after hitting the tree, and there are so many cans on the road that it would need significantly more manpower to load the lager. 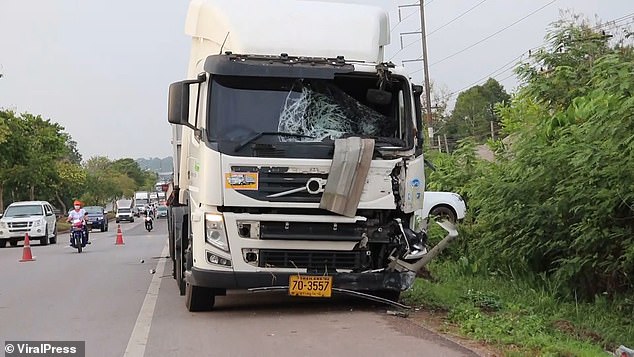 The front of the truck was significantly damaged having hit a tree. The left-hand side of the drivers cabin was almost totally smashed in 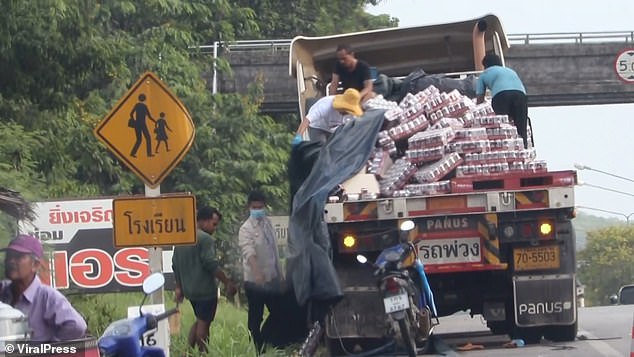 The prognosis was almost as bad at the read of the truck, where hundreds of crates had topped off the truck, and those that were still loaded had toppled over as well 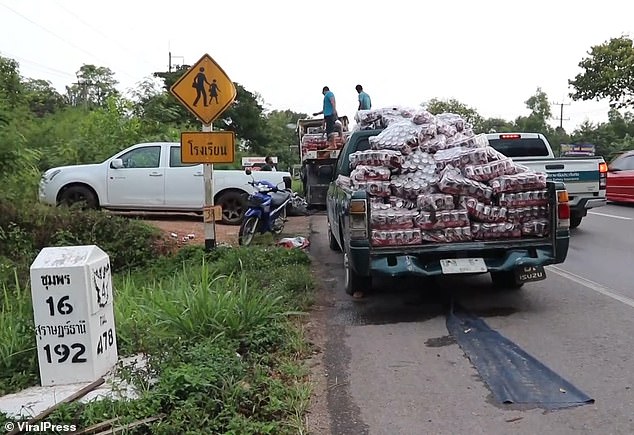 Some people came to the driver’s aid, filling their pick-up trucks with beer to help transport some of the salvageable cans

ASK TONY: When my husband died Barclays added to my distress

The £4bn cost of shut schools: Parents struggle to cope with childcare

ASK TONY: When my husband died Barclays added to my distress

The £4bn cost of shut schools: Parents struggle to cope with...