Parolee, 24, armed with two guns is shot dead by NYPD officers after opening fire on them as they tried to arrest him for prior shooting

A man was shot and killed during a gun battle with NYPD officers in Queens this afternoon after allegedly opening fire on them as they tried to arrest him in connection with a quadruple shooting.

According to police, gunfire erupted at 12.30pm on Thursday at the intersection of 144th Avenue and 182nd Street in the Springfield Gardens section of Queens.

NYPD Chief of Department Terrance Monahan said during a press briefing that two officers from the Violent Felony Warrants Squad from the were staking out a home after receiving a tip that a suspect wanted for shooting four people last month was staying at that address. 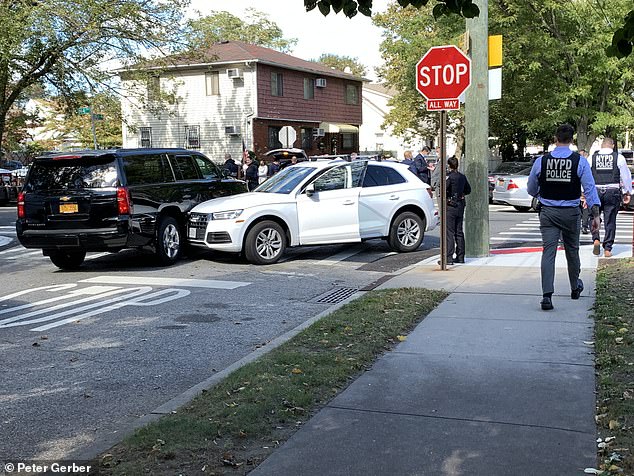 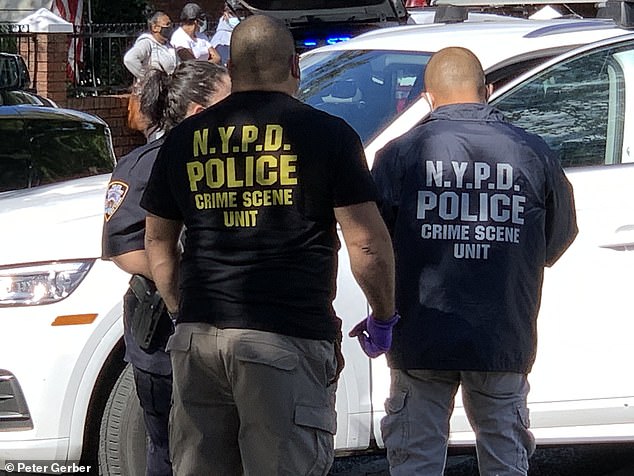 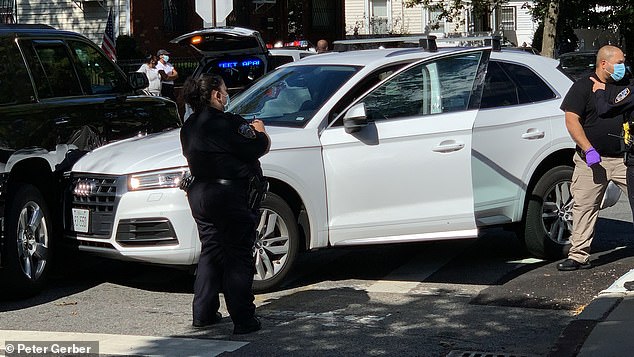 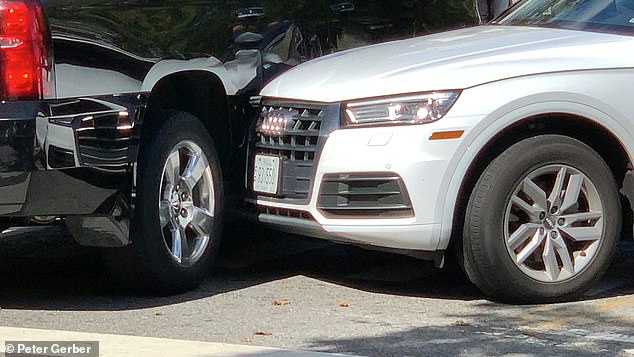 They observed a 24-year-old man matching the description of the suspect get into a white Audi Q5 and drive away.

The officers followed him for less than a mile before the Audi crashed into a black Chevy belonging to a car service.

The 24-year-old, who was out on parole, got out of his wrecked car and fled on foot for two blocks.

Following the brief chase, Monahan said the man faced off against the pursuing officers, holding two guns in his hands.

The chief said the suspect ignored numerous commands to drop the weapons and shot at the officers at least four times. 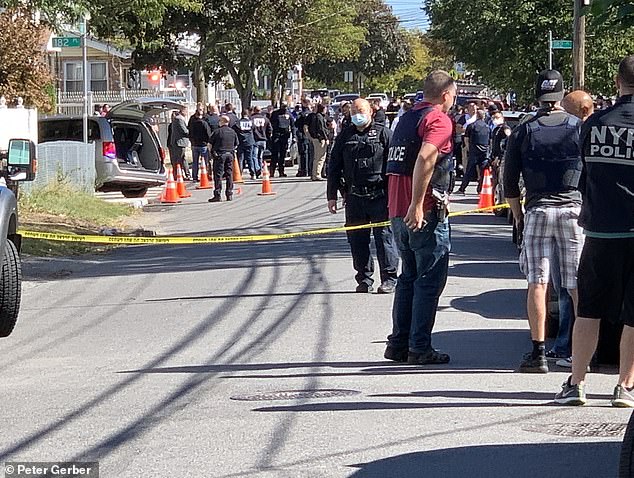 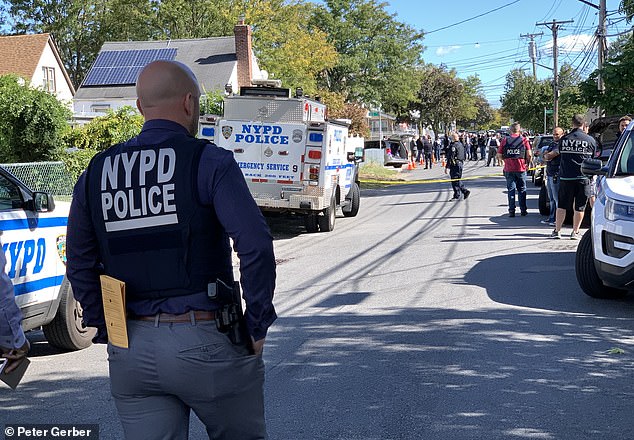 A total of seven officers who were at the scene returned fire, striking the gun-toting man in the chest and the arm.

The wounded suspect was rushed to Jamaica Hospital in critical condition, and he died of his injuries a short time later. His name has not been released as of late afternoon.

Police recovered the suspect’s two handguns at the scene.

The officers involved in the shooting were also hospitalized to be treated for tinnitus.

Chief Monahan said the suspect had a lengthy criminal record with multiple felony convictions, including for weapons possession.