By Spencer Morgan For Mailonline

Manchester City and Liverpool dominate the shortlist for the Premier League’s Player of the Season award with Chelsea’s Eden Hazard the only man on the seven-strong list not to play for either of the title challengers.

City and Liverpool, who go into Sunday’s final round of fixtures separated by one point at the top, have three representatives each on the list. 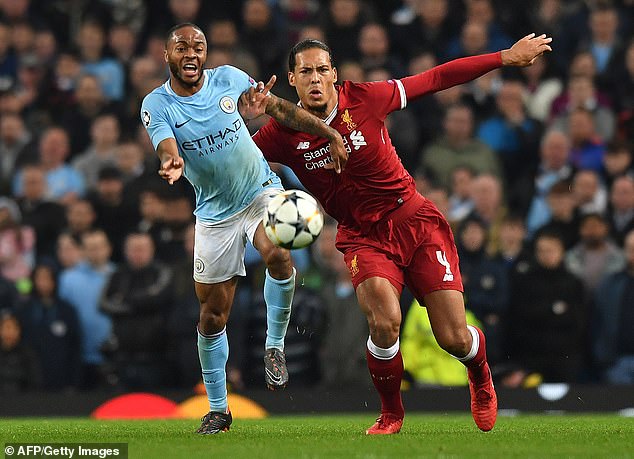 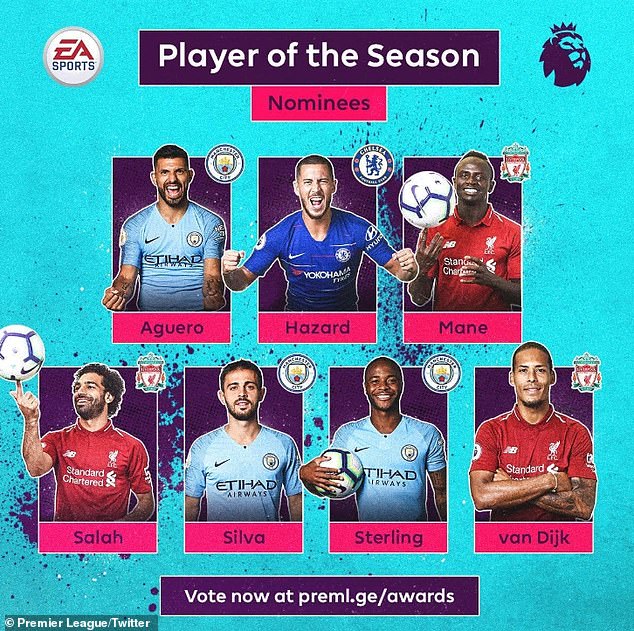 Salah, who won the award last year, did not make the six-strong shortlist of the PFA’s player of the season award last month.

But he faces stiff competition to retain his crown with Van Dijk having been named PFA player of the year and Sterling collecting the young players’ award having come close to challenging Van Dijk.

Hazard, widely expected to leave Chelsea for Real Madrid in the summer, cracks the list after scoring 16 and providing a league-leading 15 assists this season.

The award will be determined by the combination of an online poll of fans, the views of an expert panel, and the captains of the 20 Premier League clubs, with the winner due to be announced later this week. 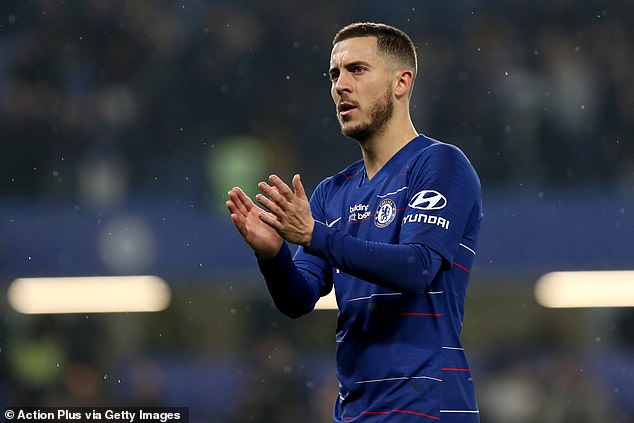 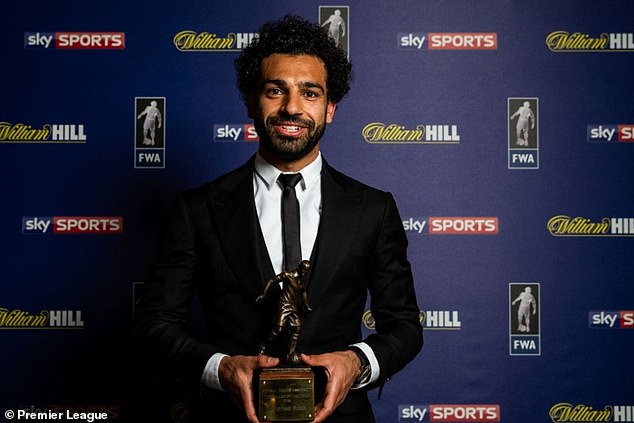 A generation of women betrayed: Thousands were harmed by THREE health scandals

A generation of women betrayed: Thousands were harmed by THREE health...