Marks and Spencer’s Ocado deal has been hailed as a huge success with more people buying its goods than the Waitrose items it replaced.

M&S signed a £750 million deal last year to own half of Ocado’s retail business and launched its products on the delivery website at the start of the month.

Now, Ocado has revealed that the switch from Waitrose to M&S led to a surge in its shares, as well as a significant rise in sales.

The online grocer had its busiest-ever day for orders when the M&S partnership launched on September 1, with demand outstripping even the stockpiling frenzy in March.

Average shopper baskets have also grown by about five items since the switch over.

There has been particularly strong demand for M&S’s famed ready meals, as well as staples such as milk and carrots.

M&S has also sold high numbers of cucumbers and cans of chopped tomatoes, as it tries to position itself as the best choice for everyday grocery shopping online.

Among the most requested items were the iconic Percy Pig sweets, with 20,000 packets pre-ordered before September 1. 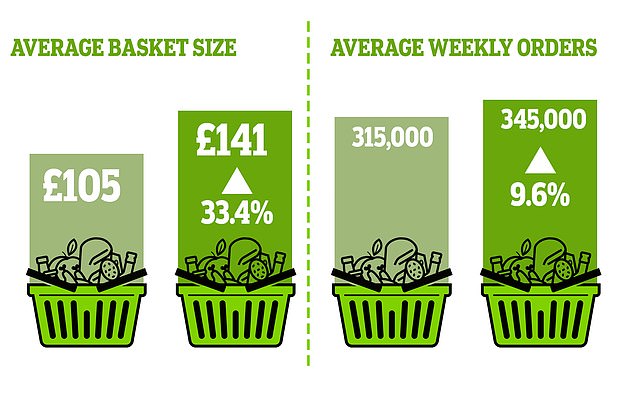 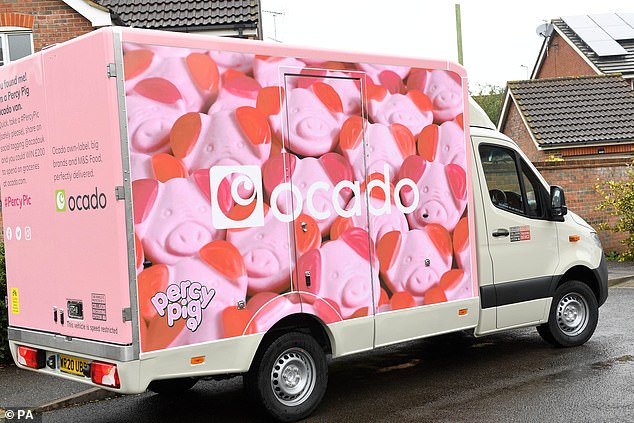 Ocado had its busiest-ever day for orders when the M&S partnership launched on September 1, with demand outstripping even the stockpiling frenzy in March

There has been particularly strong demand for M&S’s famed ready meals, as well as staples such as milk and chopped tomatoes 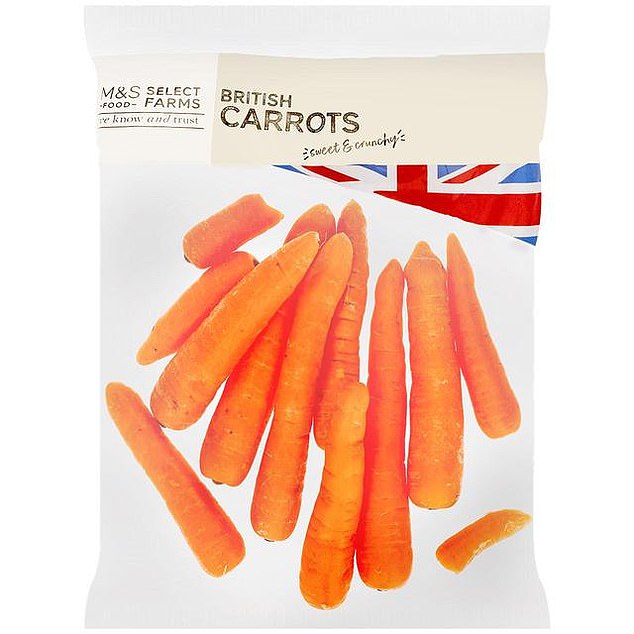 Shares in Ocado have also hit a record high amid the new M&S partnership.

Ocado has been selling M&S goods on its website alongside its own the 20-year partnership with Waitrose came to an end.

Allaying fears shoppers would desert Ocado once it made the switch, finance boss Duncan Tatton-Brown said there was ‘practically no sign’ that it had lost any customers.

The online retailer reported a 52 per cent jump in retail sales to £587.3 million during the 13 weeks to the end of August.

Ocado shares surged after it revealed the success of the partnership, rising 10.7 per cent.

Stuart Machin, head of M&S food, said: ‘Taking our full food range online for the first time is transformative for M&S food and brings to life our strategy to protect the magic, the delicious, quality food and trusted sourcing standards customers love—whilst modernizing the rest.

The most popular M&S items on sale on Ocado

Ocado had its busiest-ever day for orders when the M&S partnership launched on September 1, with demand outstripping even the stockpiling frenzy in March.

Ahead of the launch, it also received more pre-orders than for any other day in its history.

The most popular M&S items with Ocado shoppers are:

20,000 packets of Percy Pig sweets were also ordered on the opening day.

‘This is a long-term partnership and in preparation for go-live we have listened intently to customers to deliver an even bigger, better range—with more family pack sizes, more scratch cooking ingredients, household staples and organic options.

‘As more families shop for M&S products online, they will see the breadth that M&S food has to offer and we’re confident they will find we remain serious on quality whilst also being serious about value.’

M&S is pinning its hopes on the tie-up after the pandemic caused havoc and led to plans to cut 7,000 jobs from its 66,000-strong shop-floor workforce.

Analysts had been sceptical last year when it paid £750million to buy a 50 per cent stake in Ocado’s retail business, which marks the first time its groceries have been put on sale online.

So far the 4,000 Waitrose products that were available on Ocado’s site have been replaced by 4,400 M&S items.

Another 800 food options will be added to its range in the run-up to Christmas, capitalising on M&S’s reputation for doing high-quality party treats.

Ocado hailed the ‘successful switchover’ from Waitrose to M&S as it posted a huge rise in sales during the 13 weeks to September 1.

Quarterly revenue surged by 52 per cent to £587million compared with the same period of last year.

And the average number of orders it received per week rose by 10 per cent to 345,000, as it managed to keep hold of customers who signed up during lockdown.

Its M&S partnership got off to a rocky start, with some customers complaining that orders had been cancelled at short notice.

Ocado blamed this on a ‘surge in demand’. It plans to increase its capacity by a further 40 per cent next year by building three more of its robotic warehouses in Andover, Bristol and Purfleet. 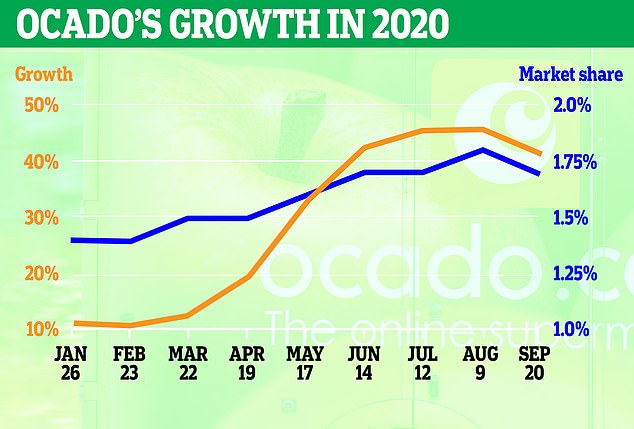 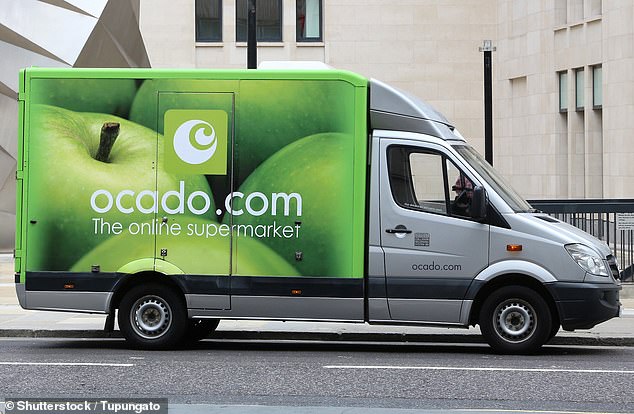 Taste test: Ocado has been selling M&S goods on its website alongside its own since September 1 when a 20-year partnership with Waitrose came to an end

Ocado shares have risen 103 per cent this year and the company is now valued at £19.5bn, just £2bn less than Tesco

Analysts said the results had not just been promising for Ocado, but also for M&S.

Sophie Lund-Yates, an equity analyst at investment manager Hargreaves Lansdown, said: ‘This could bode well for Marks & Spencer, whose sales could do with a boost, and who staked a lot on this deal paying off.

’98pc of customers are already shopping at M&S, though, so it will be interesting to see how many of these sales will have simply transferred from stores.’

Peel Hunt analysts said Ocado had had a ‘storming’ third quarter. They said: ‘The M&S transition is performing excellently: nearly every customer is already shopping for M&S products and the weighing in-basket of those products is greater than it was with Waitrose’s products.’