An Australian veteran who fought in World War II has walked over 90km to raise money for a charity close to his heart.

Sergeant Bert Le-Merton, who is 101, has pounded the streets around his home in western Sydney on behalf of Soldier On’s March On challenge, who strive to prevent veteran suicides.

So far he has walked an impressive 93.3km, and has just 3km to go to achieve his lofty goal of 96km – the same distance as the Kokoda Track.

Le-Merton aimed to raise $10,000 as his fundraising target, but has exceeded that goal comfortably, collecting just under $80,000 to date. 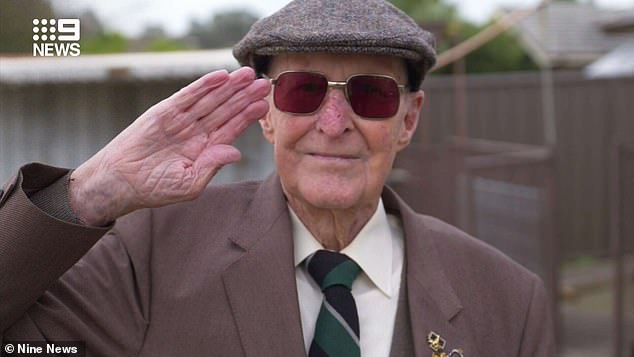 101-year-old Sergeant Bert Le-Merton (pictured above) has walked over 90km to raise money for Solider On, who aim to prevent veteran suicides

It is little wonder representatives from Soldier On have dubbed Sgt Le-Merton a ‘true living legend’.

‘His bravery and sacrifice during World War 2 is admirable to say the least, all in the name of defending our ‘sunburnt country, and land of sweeping plains’,’ the charity said on their website.

‘It is clear that his passion for supporting our current and future generation of veterans and their families is close to his heart – and this is why he has chosen to invite you on this journey to support March On with Soldier On.’

The humble veteran keeps in shape by walking each day and is known in his St Clair neighbourhood as the ‘walking man’.

Via Soldier On’s website, countless people have expressed their admiration for Sgt Le-Merton.

‘You are amazing, the world would be a better place if more of us have your spirit and determination,’ one person wrote online. 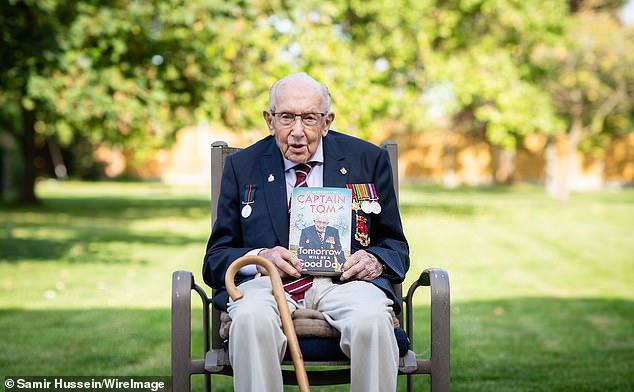 ‘Thank you for your service to our country,’ another said. ‘We are truly grateful. Wishing you lots of good wishes. Go Bert!’

Some have compared Sgt Le-Merton’s remarkable fundraising efforts to that of Captain Tom Moore.

He was a 99-year-old English World War II veteran who won the hearts of many after walking countless laps around his garden to raise money for the National Health Service.

Lescott insists it was correct to allow Antonio’s wonder goal to...