Melbourne took a significant step out of lockdown as Premier Daniel Andrews eased COVID-19 restrictions starting on Monday – but pubs and retail stores will remain closed despite pleas from the prime minister to open up the city.

From midnight on Monday morning, Melbourne’s five million residents are allowed to travel 25km away from their home and spend an unlimited amount of time outdoors.

But retail businesses will stay shut until November 1, as will pubs, cafes and restaurants despite the premier’s original road map saying they could reopen on October 26.

The decision means footy lovers will have to watch Saturday’s AFL Grand Final – being contested by two Victorian teams in Richmond and Geelong – from home. 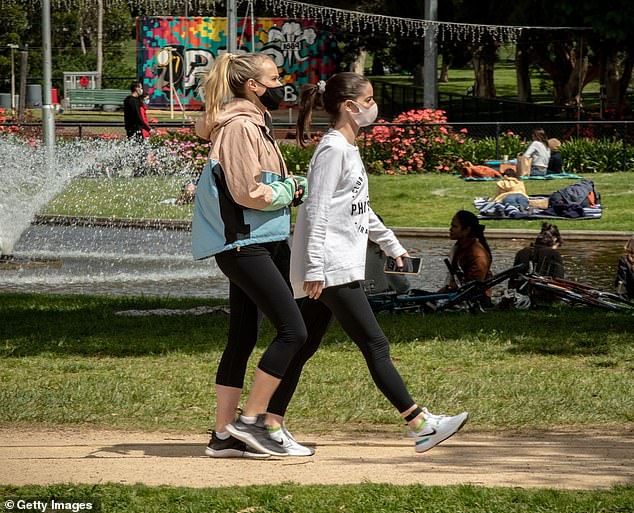 Masked pedestrians exercise in Princes Park on Sunday. Pubs, cafes and restaurants will remain shut in Melbourne until November 1 despite the allure of next weekend’s AFL Grand Final

Victoria’s 14-day rolling average has fallen to 7.5 after the state confirmed only two infections on Sunday.

Mr Andrews’ route out of the state’s second COVID-19 wave was welcomed by Prime Minister Scott Morrison, but the Australian leader called for restrictions to be eased further before November 1.

‘We understand and sympathise with the frustration and concern expressed by businesses about the ongoing cost and impact on their jobs and livelihoods of this second wave,’ a statement from Mr Morrison and Health Minister Greg Hunt said.

‘Maintaining this result will make a strong case for the retail and hospitality sectors to reopen before the next review date in ­November.’

The prime minister said the state’s continuing restrictions were costing more than 1,000 jobs a day and was having ‘health, mental health and financial impacts’ on many Victorians. 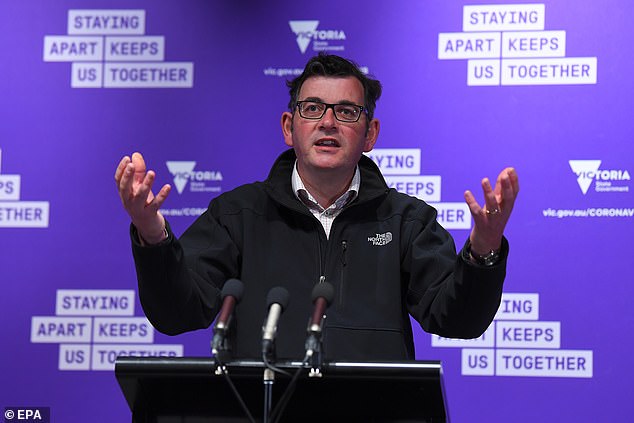 Victorian Premier Daniel Andrews on Sunday. Prime Minister Scott Morrison has called for him to ease restrictions further before November 1 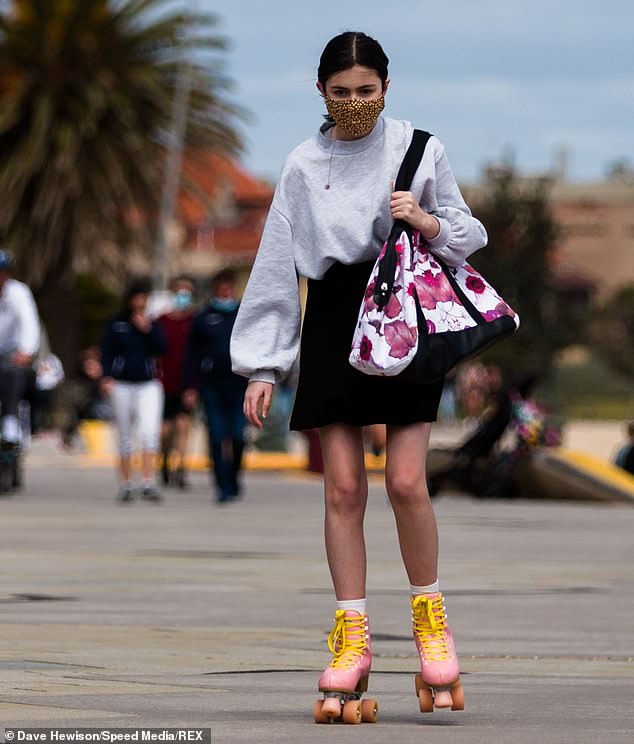 A masked roller-skater at St Kilda in Melbourne’s inner-city on Sunday. Approved face coverings must still be worn at all times outside home in the Victorian capital

A near-deserted street in Melbourne on Sunday. Melbourne’s five million residents are allowed to travel 25km away from their home from midnight on Monday morning

Australian National University epidemiologist Professor Peter Collignon also criticised the 25km limit – claiming it was largely ineffectual in the fight against the virus.

‘The 25km limit doesn’t stop transmission so it doesn’t actually do much,’ he told The Australian.

‘Provided people are keeping to the rules when they go out, it doesn’t matter if they travel 25km or 50km or 100km.’ 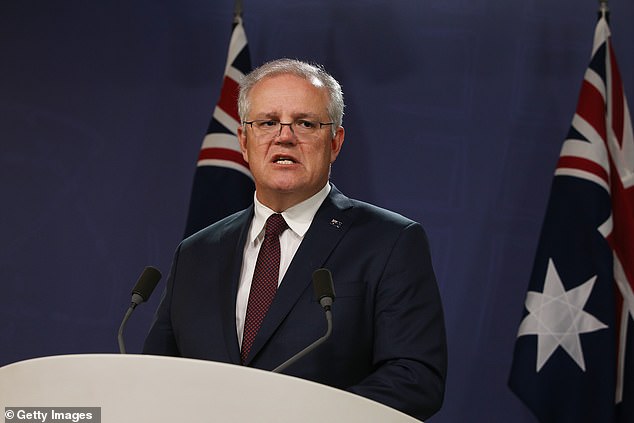 Prime Minister Scott Morrison pictured on Friday. He said he understood and sympathised ‘with the frustration and concern expressed by businesses’ about the cost of Victoria’s second wave of cases

Under the new rules, groups of up to 10 people from two households can gather outdoors and tennis courts, skate parks and golf courses will reopen.

Hairdressers will also reopen and outdoor pools will be able to host 30 swimmers, while real estate auctions will go ahead outdoors with up to 10 bidders.

Mr Andrews reiterated Victorians would not be allowed to gather and celebrate the AFL Grand Final. 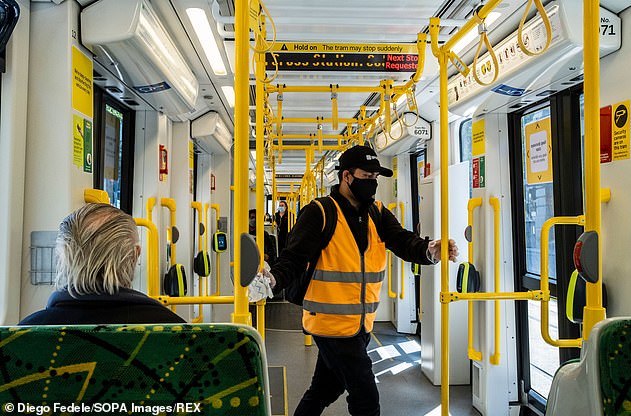 ‘You cannot have friends over into your home. You cannot pretend that it is over because we all desperately want it to be,’ he said.

‘I know that many people would normally spend time with family and friends to celebrate that day … it is a big part of who we are.’

‘As important as it is, in a cultural sense, in a very passionate way, for every single football fan across our state, it is not worth risking all that we have done, all that we have built, all that we can do in just a few days’ time by having gatherings that are unsafe.’

VICTORIA’S PATHWAY OUT OF LOCKDOWN

The state government has mapped a new pathway out of lockdown for metropolitan Melbourne and regional Victoria that depends on stamping out COVID-19 cases in the community which have an unknown source.

* Outdoor gatherings up from five to 10

* Outdoor swimming pools open to a maximum of 30 swimmers

* Outdoor real estate auctions permitted with up to 10 people, plus staff

* Up to two people, plus dependents, allowed to visit a home per day

* All retail shops can open

* Wedding groups of up to 10 permitted

* Up to 20 mourners allowed at funerals

* Approved face masks must be worn at all times outside home

* Work from home if possible

* All businesses must have a COVID-safe plan

Mr Andrews said more significant changes would come into place from 11.59pm on November 1, including allowing up to two adults and their children to visit a home each day.

All retail shops will also be given the clear to open up, including beauty and personal care services, with wedding groups of up to 10 permitted and 20 mourners allowed at funerals.

Pubs, cafes and restaurants will be allowed to open up with a maximum of 20 indoor seated customers and 50 outdoors from November 1. 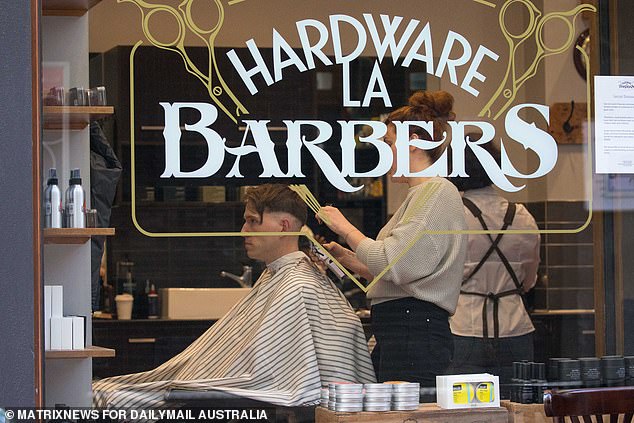 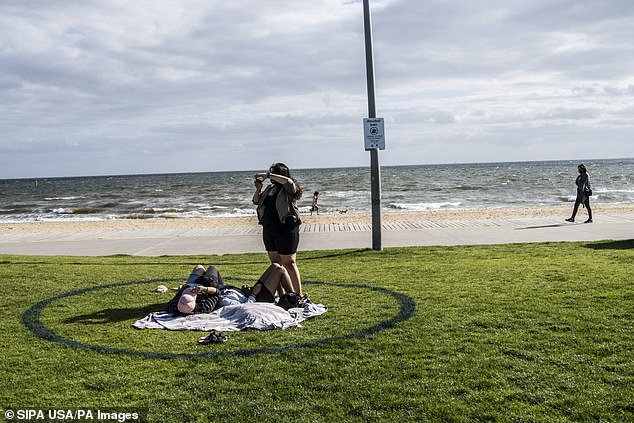 For months, Melburnians have only been permitted to travel within a 5km radius of their home and only for a maximum period of one or two hours.

‘I’ve announced today what is safe but what will not undermine the efforts that Victorians have put in,’ Mr Andrews said.

‘Victorians have done an amazing job over recent weeks and months.

‘We in Melbourne and Victoria are well placed to have a COVID safe summer. Yes these lockdowns have come with significant pain and damage, but this strategy is working.’ 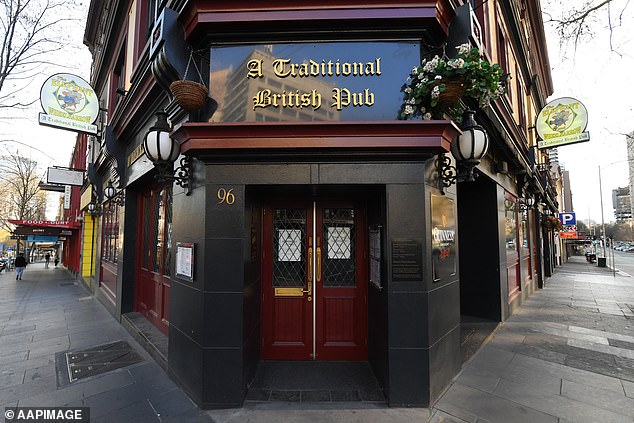 In August, Victoria was reporting more than 700 COVID-19 cases each day. For the past five days, the state has had single-digit new diagnoses each day.

Mr Andrews also announced a raft of changes coming into effect in regional Victoria from 11.59pm on Sunday.

Hospitality venues outside of Melbourne will increase their capacity to 70 pepole outside and 40 people inside.

Outdoor religious gatherings will also increase to 20 people, and the cap will be extended again to 50 people from midnight on November 1.

‘Victorians in every community, in every circumstance have stayed the course,’ Mr Andrews said.

‘We have just a little longer to go to beat that second wave and then find that normal and find that process of rebuilding.’ 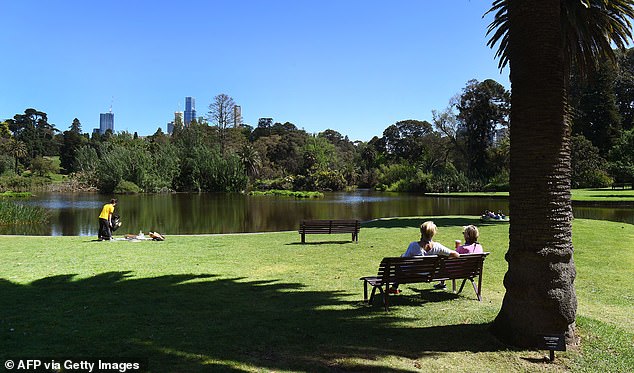 ‘The epidemiological conditions for a COVID-safe reopening of hospitality, movement (and) family reunions among others, have now been firmly met,’ Mr Hunt posted on Twitter on Saturday.

‘Victoria should now be able to move to the next step in line (with) NSW.’

However Mr Andrews said Mr Hunt was not an epidemiologist and accused him of ‘playing games’, adding that he would not be rushed to lift restrictions.

Health authorities continue to investigate Victoria’s 15 cases for the fortnight up to Thursday which have no known source. 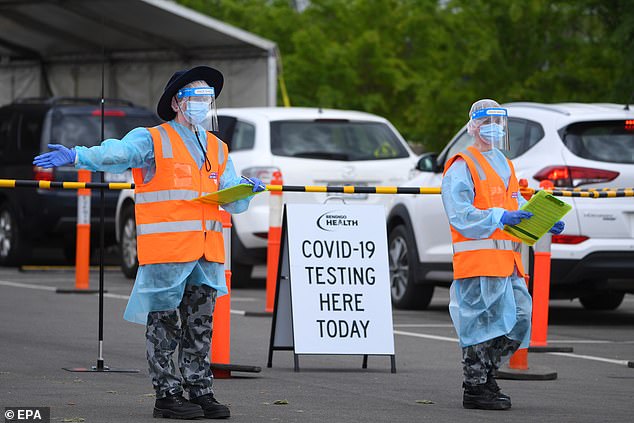 Health authorities continue to investigate Victoria’s 15 cases for the fortnight up to Thursday which have no known source (pictured, a COVID-19 pop-up clinic at Shepparton)

Victorian Premier Daniel Andrews has been able to ease some of his state’s COVID-19 restrictions but his row with the federal Liberal MPs has deepened.

Mr Andrews has reiterated he wants no part of the travel bubble that started on Friday with New Zealand at this stage but revealed 55 Kiwis have apparently turned up in his state after landing in NSW.

‘We have been able to find 23 … we are still working to find the balance,’ he said on Sunday.

‘We have been given a list, 12 hours after they arrived. We are ringing them, one of them was in Byron Bay.’

But acting Immigration Minister Alan Tudge insists Victorian chief medical officer Brett Sutton was at the meeting where authorisation was given for individuals who arrived in Sydney from New Zealand to then travel to Victoria.

‘So the Victorian government was present when it was discussed, they were made aware that this was going to occur, they raised no objections in the meetings,’ Mr Tudge told reporters.

But Mr Andrews said this was not the case.

‘Seriously, my advice to minister Tudge is, instead of stubbornly defending this, work with us and let’s make sure Victoria is not part of a bubble we never agreed to be in,’ the premier said.

Mr Andrews has been able to ease some of his state’s stiff COVID-19 restrictions after reporting just two new cases on Sunday after one on Saturday.

Among the state’s relaxation of restrictions, from Monday Melburnians will be allowed to travel 25km from home, while there will be no limits on time spent away from their residence.

‘I know and understand that not everything that everybody wanted is in the announcements I have made today,’ he said.

‘I just make this point, I have announced today what is safe.’

Just hours before the announcement, cabinet minister Karen Andrews joined an ever growing queue of federal Liberal MPs putting pressure on the premier to ease his restrictions.

‘We hope that Daniel Andrews shows the leadership that is needed in Victoria,’ she told Sky News’ Sunday Agenda program.

‘Daniels Andrews actually has shown himself to be a lockdown leader, we actually want that to change.’

The day before Mr Andrews accused federal Health Minister Greg Hunt of ‘playing games’ after he urged the Victorian leader to move to the next step in line with NSW.

‘I think it’s actually really gross that federal Liberal MPs are trying to use this as an attack on Daniel Andrews,’ she told ABC television’s Insiders.

‘He hasn’t done it for popularity, he’s done it because he’s considered it the right thing to do. The federal government ought to be looking at its own role in Victoria’s difficulties including aged care.