The eastern section of the West Gate Bridge in Melbourne is experiencing ‘downward movement’ due to being built on Coode Island silt, according to The Herald Sun.

Coode Island silt is a soft clay-like soil that has allegedly compressed over time under the pressure of the 42-year-old bridge.

West Gate Bridge carries more than 200,000 vehicles over the Yarra River between the CBD and the western suburbs every day.

Up to one suicide occurs at the bridge every three weeks and father Arthur Freedman murdered his four-year-old daughter by throwing her off in 2009.

The bridge also claimed the lives of 35 workers when a section collapsed during construction in 1970, which is still Australia’s worst-ever industrial accident. 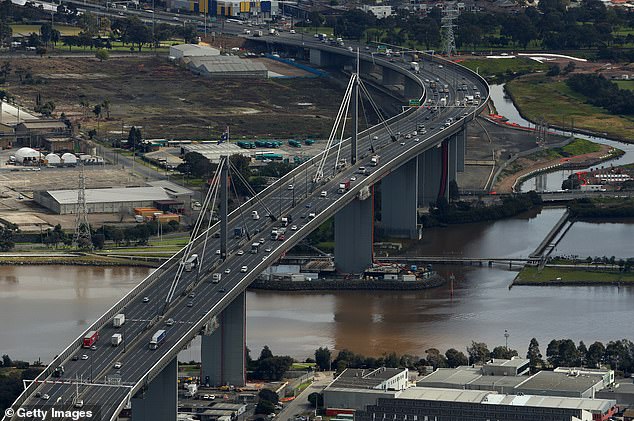 The eastern section of the West Gate Bridge (pictured) in Melbourne, which crosses the Yarra River and links the CBD to the western suburbs, is sinking due to being built on Coode Island silt, according to The Herald Sun

The Victorian Department of Transport will now repair the bridge by raising the affected section’s concrete slabs and beams from late 2020 to early 2021.

Despite the movement, Government authorities say the bridge is safe for drivers but some lanes may have to close during maintenance.

Tender documents obtained by The Herald Sun reveal that the repairs were recommended in a recent assessment of the bridge.

‘The eastern approach slab of the WGB is sitting on Coode Island silt and is setting, therefore it needs to be jacked up,’ the documents read.

‘The location of works is in Port Melbourne where the WGB meets the roadway.’

It is reported that the works will cost $1 million, which Nick Foa, the head of transport services at the Department of Transport, said is ‘not far from the mark’.

Mr Foa said the bridge is ‘not moving’ but said there is some ‘differential movement’. 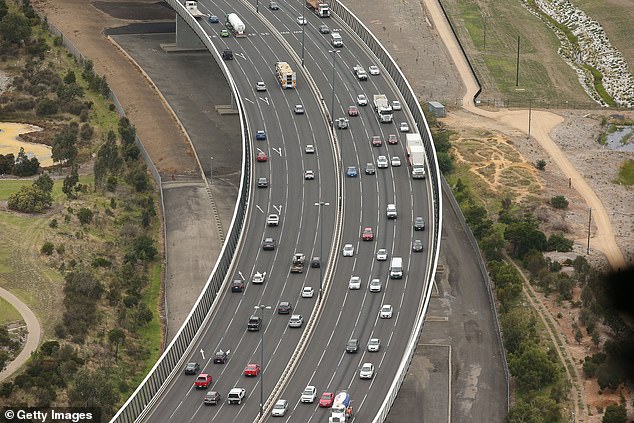 Vehicles travelling over the West Gate Bridge. A Department of Transport spokesman could not confirm if the maintenance would affect traffic but lanes of the bridge have been closed due to maintenance in the past

‘The bridge itself is not moving but the bridge is absolutely monitored 24/7. We’ve got teams of people dedicated to making sure that bridge is safe,’ Mr Foa told 3AW.

‘This is on the approach to the bridge, not the bridge itself.

‘On the lead up to the bridge on the eastern side, that’s an area known for silt, there’s a bit of differential movement on the approach to the bridge.

‘It’s part of ongoing maintenance. We do maintenance on the bridge every year around the Christmas period where there’s less traffic. So we’ve advertised the tender to do some works on the eastern approach.’

A Department of Transport spokesman said: ‘The West Gate Bridge is not sinking and there are no safety concerns or any changes to the operation of the Bridge.’

The spokesman could not confirm if the maintenance would affect traffic but lanes of the bridge have been closed due to maintenance in the past. 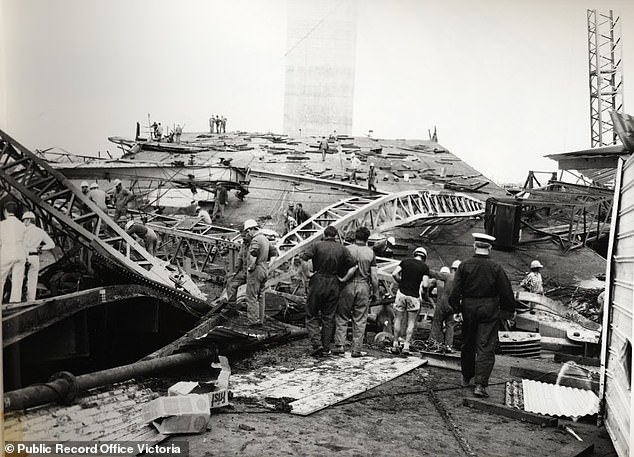 A 112-metre section of the West Gate Bridge (pictured) collapsed during construction (pictured) on October 15, 1970, which killed 35 construction workers and injured 18 others 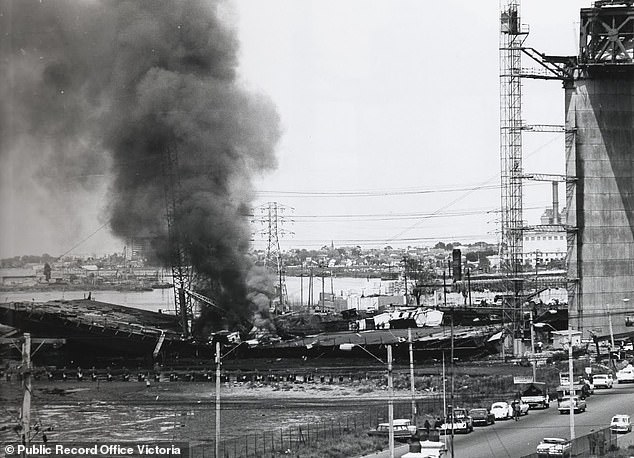 The West Gate Bridge collapse is Australia’s worst-ever industrial accident, with a subsequent Royal Commission finding the collapse was caused by a structural failure

Two surface cracks appeared on several lanes of the bridge due to extreme heat in 2014.

Prior to this, the Victorian Government had spent $347 million strengthening the bridge between 2009 and 2011.

A 112-metre section of the West Gate Bridge collapsed during construction on October 15, 1970, which killed 35 construction workers and injured 18 others.

It is Australia’s worst-ever industrial accident, with a subsequent Royal Commission finding the collapse was caused by a structural failure.

Six twisted fragments of the collapsed bridge are in located Monash University’s engineering faculty to remind engineers of the fatal consequences of their errors.

Up to one suicide occurs every three weeks at the West Gate Bridge, according to Victoria Police data.

Father Arthur Freedman killed his four-year-old daughter Darcey by throwing her off the bridge as his two sons, aged two and six, watched in January 2009.

Freedman was found guilty of murder and sentenced to life in prison in 2011.

For confidential support call the Lifeline 24-hour crisis support on: 13 11 14 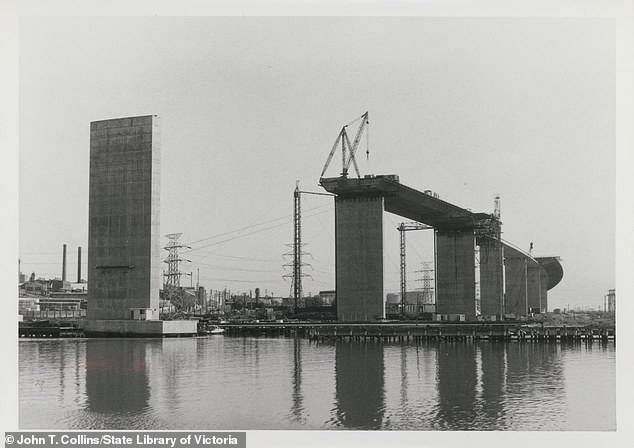