There have been calls for the moderator of next week’s presidential debate to be disqualified after he tweeted Anthony Scaramucci for advice following President Donald Trump accusing him of bias.

Steve Scully asked the former White House advisor ‘should I respond to Trump’ in a tweet which Twitter users guessed appeared to be a misdirected attempt at a private message.

Trump had complained to Fox News host Sean Hannity on Thursday that Scully was a ‘never-Trumper, and I think somebody said he worked for Biden at one point’.

The C-SPAN journalist, 60, was a mail room intern in Biden’s office while in college in 1978.

Scully’s tweet quickly drew criticism from Trump supporters who said it should be ‘disqualifying’ – but Scaramucci took it at face value, responding: ‘Ignore. He is having a hard enough time. Some more bad stuff about to go down.’

Scaramucci, who lost his job as Trump’s communications director after just 10 days in 2017, has become a fierce critic of the president and has called for a vote for Joe Biden to ‘save the Republican Party’. 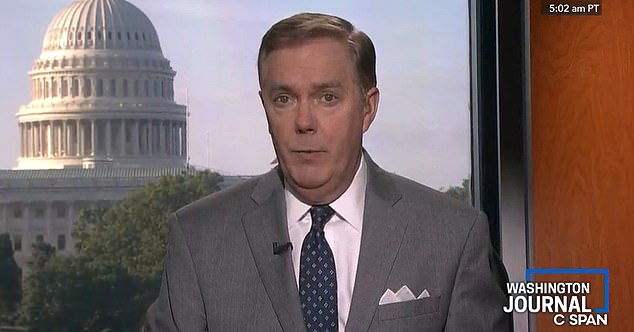 Steve Scully (pictured), who is due to moderate next week’s debate, raised eyebrows last night by asking Anthony Scaramucci for advice about how to handle criticism from Donald Trump

Scaramucci took it at face value, responding: ‘Ignore. He is having a hard enough time. Some more bad stuff about to go down’

Scully is due to moderate the October 15 debate in Miami, but the contest is in grave doubt after Trump rejected a plan to hold it virtually.

In 2016, while Trump was a candidate in the GOP primary, Scully shared an opinion piece entitled No, Not Trump, Not Ever, which called him an ‘affront to basic standards of honesty, virtue and citizenship’.

Scully’s political views are unknown but he also volunteered for the Jimmy Carter campaign in 1976, aged 16, and worked as a media intern for Ted Kennedy in 1979 – both before he graduated college.

Trump told Hannity last night: ‘These are the people we get, and that’s OK because I’ve had some bad ones over the years and I’ve got an unblemished record I think in the debating world.

The president also reiterated his refusal to take part in a virtual debate with Biden, saying: ‘They’ll be handing him the answers’. 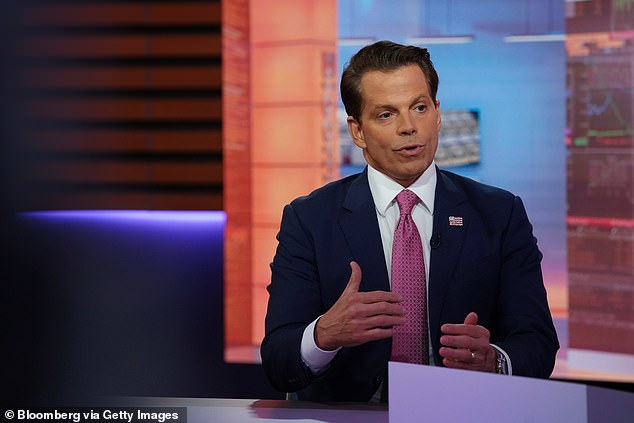 Hannity suggested on his show that the Commission on Presidential Debates had ‘turned into an anti-Trump organization’.

‘The moderator of the second presidential debate, if it happens, is a guy by the name of Steven Scully. I actually know him, met him, actually like him,’ Hannity said.

‘He interned for Joe Biden. He worked for Senator Ted Kennedy. Was that a factor in the debate commission’s decision?’.

After Scully sent his mysterious tweet, there were calls for him to resign as the debate moderator.

‘We need a different moderator at the very least. This is disqualifying,’ said Rebeccah Heinrichs of the right-leaning Hudson Institute.

Greg Price of The Daily Caller said: ‘It appears that our moderator for the next debate thinks he’s DM’ing with Scaramucci but accidentally tweeted at him. I’m sure he’ll be a fair and unbiased moderator.’

Donald Trump Jr tweeted: ‘Are you kidding me. Steve Scully the former Biden intern and moderator of the next debate thinks he’s DMing… but he’s doing it out loud. Yea, totally not a setup. Journalism is dead.’

The president has declared himself ready for rallies after his apparent recovery from Covid-19, but the Commission on Presidential Debates said next week’s event would be held remotely to ‘protect the health and safety of all involved’. 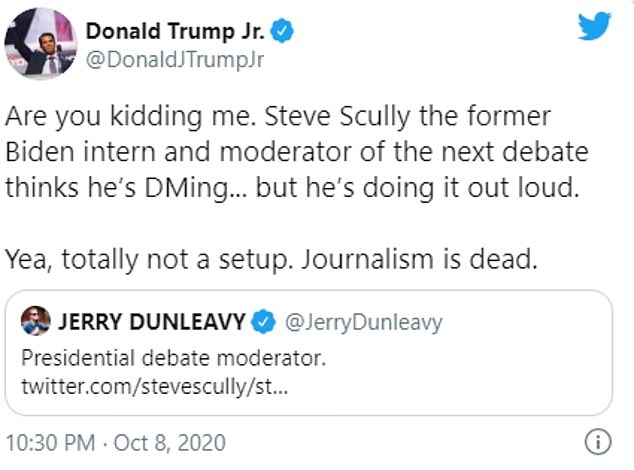 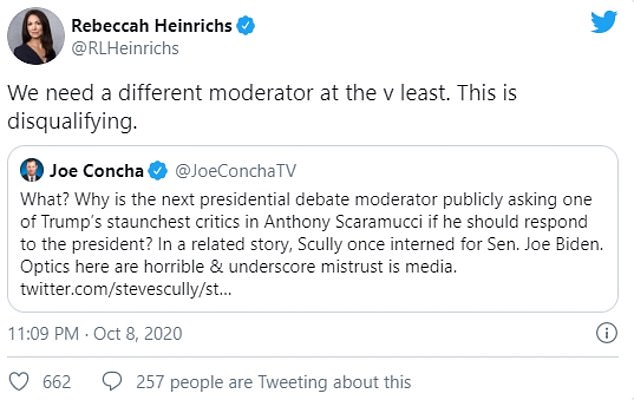 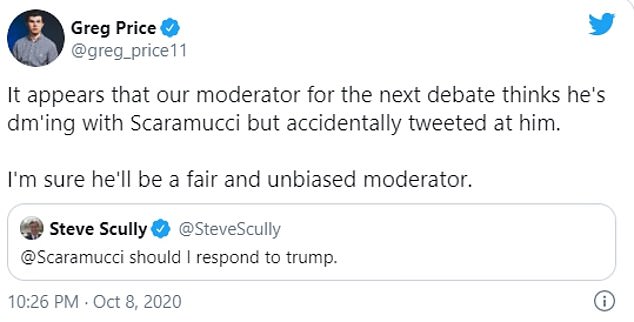 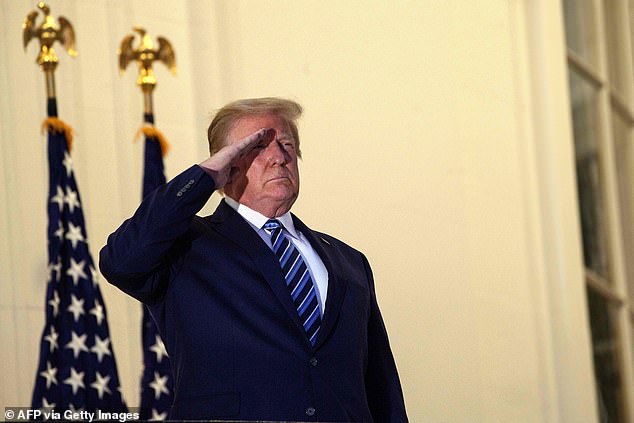 Trump last night dodged the question of whether he had been tested since his diagnosis a week ago, saying he would likely be tested again on Friday.

The president’s campaign has called on the commission to delay the final two debates by a week.

The first debate on September 29 was a messy contest marred by constant interruptions and little substantive debate on policy.

Trump criticized moderator Chris Wallace after the debate, calling him a ‘total joke’ after the Fox News presenter struggled to keep control of the contest.

Under the current timetable, the October 15 debate will be followed by a final contest in Nashville, Tennessee on October 22.

The third debate is due to be moderated by Kristen Welker, a White House correspondent for NBC News. 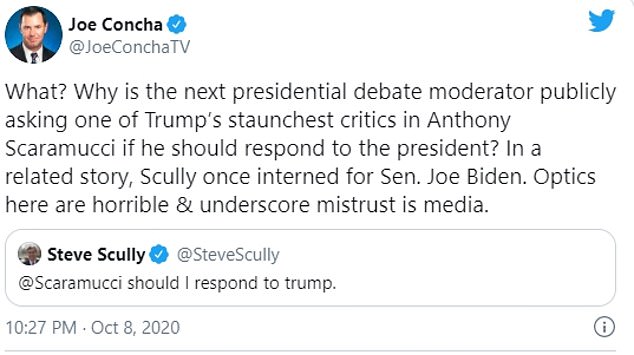 Boris Johnson will announce a national coronavirus lockdown NEXT WEEK to...