Be careful where you sit: Elderly woman is thrown into the air after the mechanical arm of a garbage truck ripped up the bench she was sitting on

By Andrew Court For Dailymail.com

Surveillance footage has captured the moment a New York state woman was flung into the air after the mechanical arm of a garbage truck accidentally picked up the bench she was sitting on.

The Rochester local – who has not been identified – was waiting on the seat in the city’s downtown area on July 29 while the truck tried to retrieve items from a nearby trash can.

The incident has received renewed attention after the footage went viral after it was shared by popular Twitter user Rex Chapman on Tuesday. 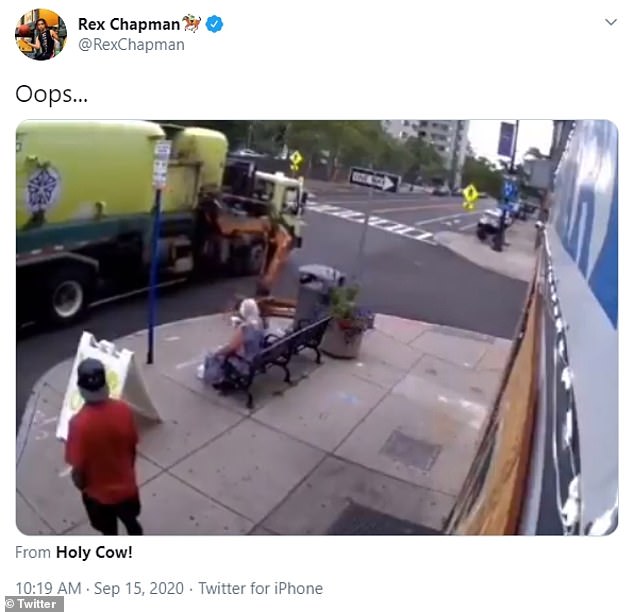 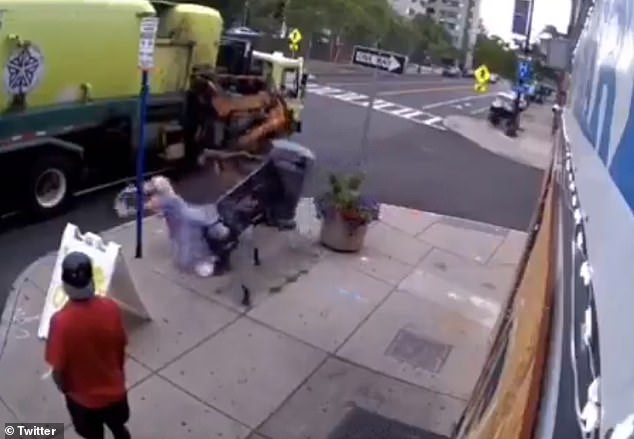 The clip shows the vehicle’s mechanical arm pulling the bench forward, throwing the woman into the air

The clip shows the vehicle’s mechanical arm moving out and grappling around the sides of the trash can, before it accidentally clamps around the bench.

It then picks up the seat and violent flings the woman into the air.

She is seen hurtling forward before she lands face down on the concrete road.

A coffee she is holding splatters across the sidewalk, and her dress becomes trapped under the weight of the park bench as she struggles to free herself. 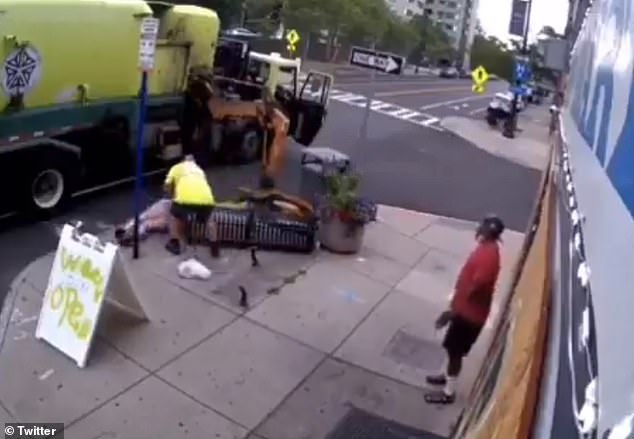 The truck driver and a passer-by ran to assist the woman, whose dress was caught under the weight of the bench

Thankfully, the garbage truck driver noticed the woman lying on the road and stopped the vehicle to help.

A passer-by also ran to the woman’s aid, but her current condition is unknown.

Local officials are eager to get in contact with her and make sure she is okay.

‘We’re really trying to reach out and find her, and make sure that she’s all right,’ one Rochester government employee told The Democrat & Chronicle.

‘We would love to know who she is and how she is.’ 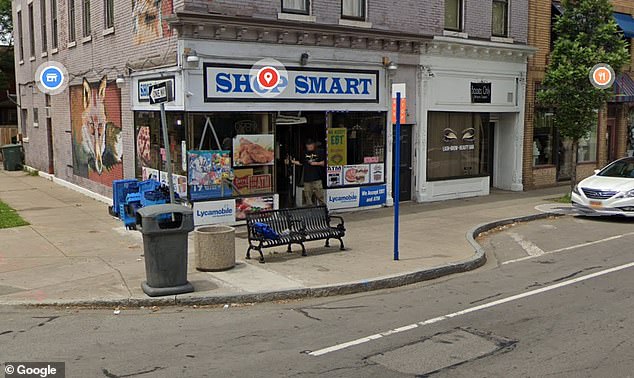 HENRY DEEDES on the fizzball Chancellor and a pooped Prime Minister...