By Harriet Alexander For Dailymail.com

Nine people who attended Donald Trump’s Minnesota rally three weeks ago have tested positive for COVID-19, with two of them currently in hospital, and one in intensive care.

The September 18 gathering in Bemidji, 200 miles north of Minneapolis, drew thousands of people to a packed airfield.

Video and photos from the event showed the largely-maskless crowd huddled together as the president spoke.

On Friday night it emerged that nine have tested positive for coronavirus since the rally, of whom two are in hospital – one in ICU. 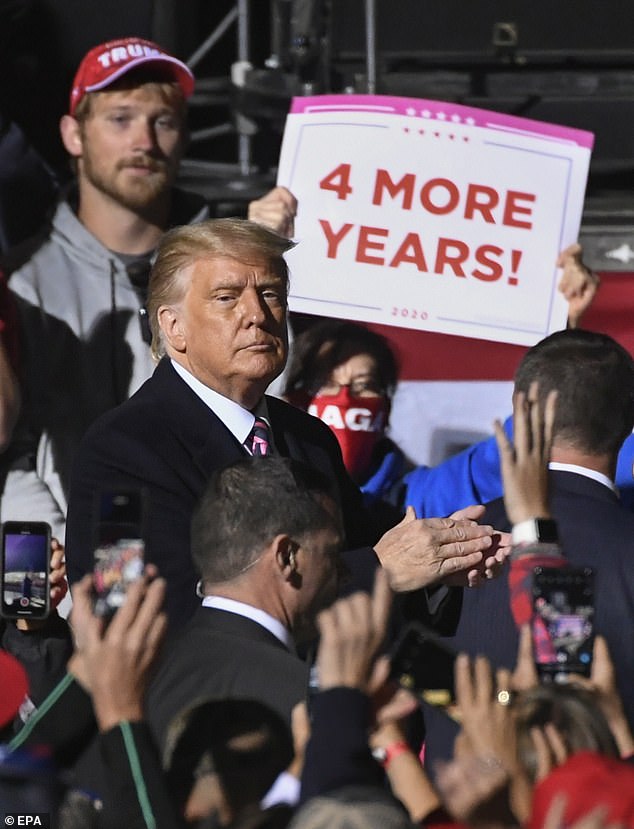 Donald Trump was in Bemidji, 200 miles north of Minneapolis, on September 18 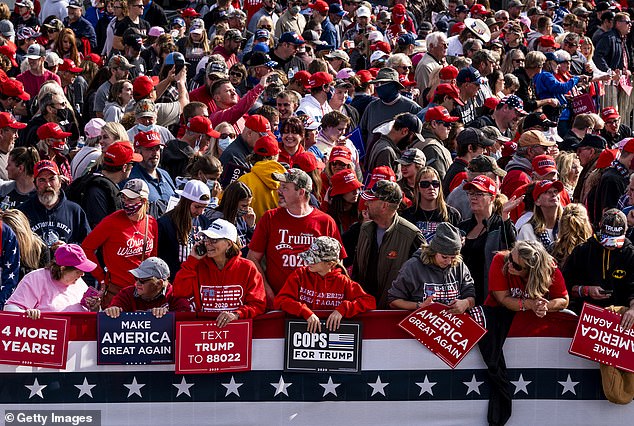 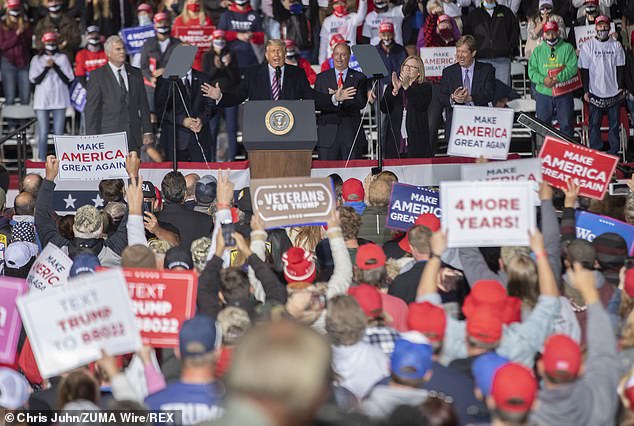 Tightly packed together, the crowd listened as Trump urged them to help him win re-election 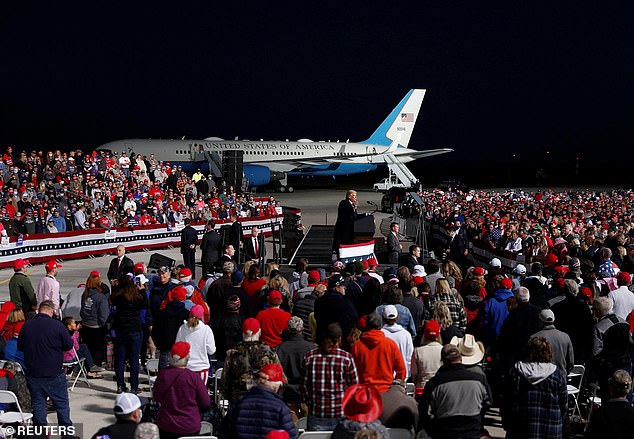 Many hoped that the open-air venue would guarantee their safety, but nine are now positive 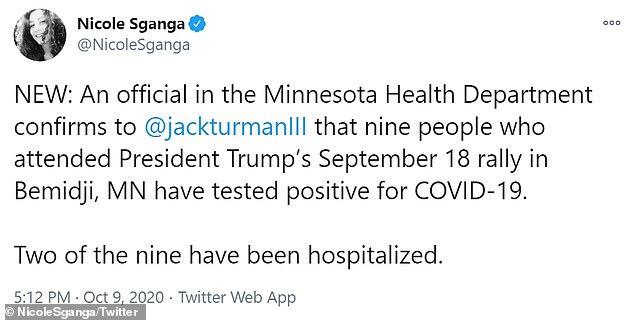 It was unclear whether they were local people or had traveled to the city of 13,000 for the event.

Beltrami County, in which Bemidji sits, currently has 19 cases, the health department said.

At the first presidential debate, on September 29, Trump was asked about the wisdom of continuing to hold rallies.

He said there had been ‘no negative effect’ from the events.

Minnesota has been relatively spared by the pandemic, with 109,000 cases and 2,000 deaths, and the series of Trump rallies leading up to his October 2 positive test have worried some residents.

‘I live in Bemidji, MN and our hospital is now overflowing with Covid patients,’ tweeted one man on Friday night.

‘Cases have exploded since the super spreader rally and I do think Covita and his entourage brought the virus here.

‘We had very few cases until now. Now it is blowing up in this small town.’ 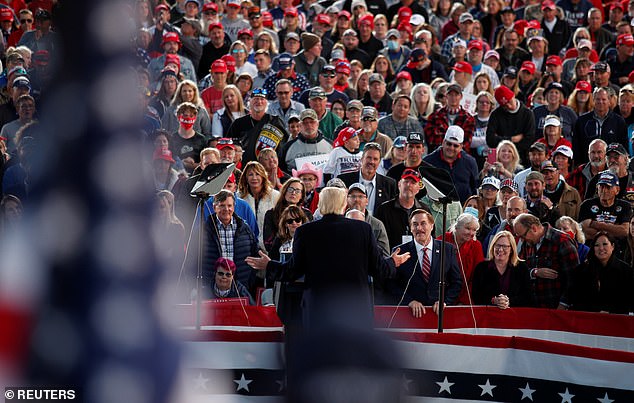 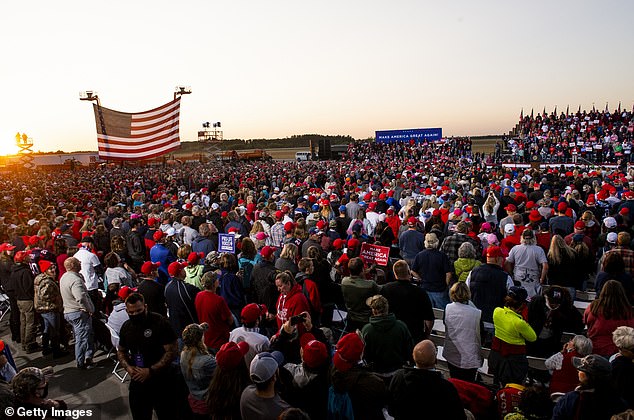 Beltrami County, in which Bemidji sits, currently has 19 cases of COVID-19

Since narrowly losing Minnesota in 2016, Trump has emphasized the state, in hopes that a victory this year could offset losses in other states.

He has visited regularly and kept a close eye on issues of particular importance to rural corners of the state.

He’s reversed an Obama administration policy prohibiting the development of copper-nickel mining and has bailed out soybean, corn and other farmers who have been hurt by trade clashes with China.

Two days before he tested positive the president was back there again, on September 30 – he attended a private fund-raiser near the Twin Cities, followed by the large rally in Duluth.

Minnesota’s Department of Health urged residents who attended Trump’s rally to get tested roughly five to seven days after attending the event — even if they aren’t displaying symptoms.

‘There is a potential risk that transmission occurred at the Duluth rally and other evens associated with President Trump’s visit,’ the department said in a statement.

‘Community transmission of COVID-19 was high in St. Louis County prior to this week’s rally, and people attending the rally may have been infectious without realizing it.’