North Carolina woman, 43, returns home safe days after she went missing and her phone ‘was found at the side of the road when she threw it out because she thought someone was tracking her’

A North Carolina woman whose disappearance earlier this week sparked an intense search has been found safe, it was announced this morning.

The Wilmington Police Department posted a brief update on its Facebook page on Friday, saying that 43-year-old Kristin Glass has been located.

Glass last spoke to her family early Monday morning. Relatives raised the alarm after her phone was reportedly discovered at the side of the road that afternoon.

Glass’ half-sister, Julie Coxe, on Friday released a short statement on Facebook on behalf of the family, addressing the situation. 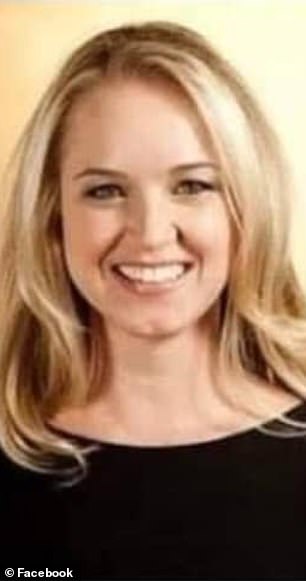 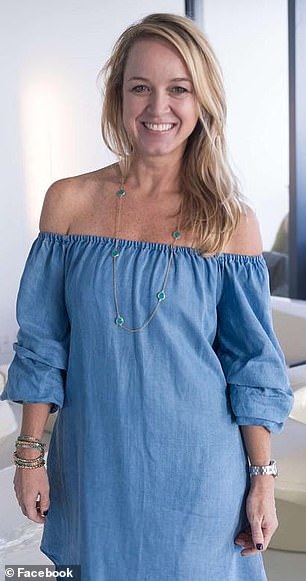 Found! Kristin Glass, 43, returned home on her own on Thursday, four days after her disappearance in North Carolina. She last spoke to her family Monday morning

‘Kristin arrived home on her own safety late last night,’ she wrote. ‘The family is grateful and exhausted and ask for privacy as we as a family celebrate her safe return.

‘Thank you to the Wilmington Police Department and the public for all the support over the last few days.’

Neither Coxe nor the police revealed any information about where Glass had been for the last four days, or why she had taken off without an explanation in the first place.

DailyMail.com reached out to the police department, seeking to shed light on the woman’s unexplained disappearance and return.

During the search for Glass, Topsail Beach Police Chief Samuel Gervase told The Port City Daily she may have thrown her cell from her car window because she was afraid someone was tracking her using the GPS.

Wilmington Police Department has not confirmed that theory, adding: ‘We stand by our statement that we will not comment on the investigative leads we’re following.’

Surveillance footage taken 45 minutes before he phone was found by a local homeowner shows Glass alone ‘and not under duress’ inside a Wilmington bank at 3pm, according to Gervase. 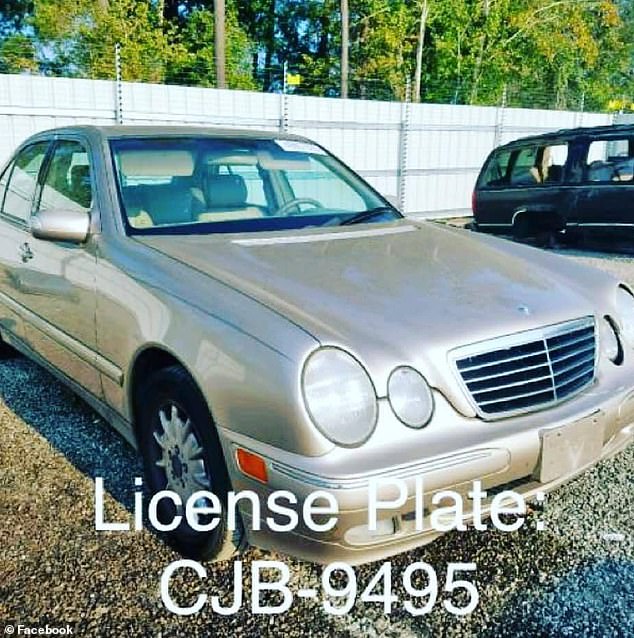 Topsail Beach Police Chief Samuel Gervase told The Port City Daily Glass may have thrown her cell from her car window because she was afraid someone was tracking her using the GPS. Glass is said to drive a gold colored 2001 Mercedes Benz with the license plate CJB 9495

Her Facebook profile states Glass studied marketing and international business and trade at Florida Atlantic University and is now an account executive at Sage Island. She is pictured left and right with boyfriend Scott Wick 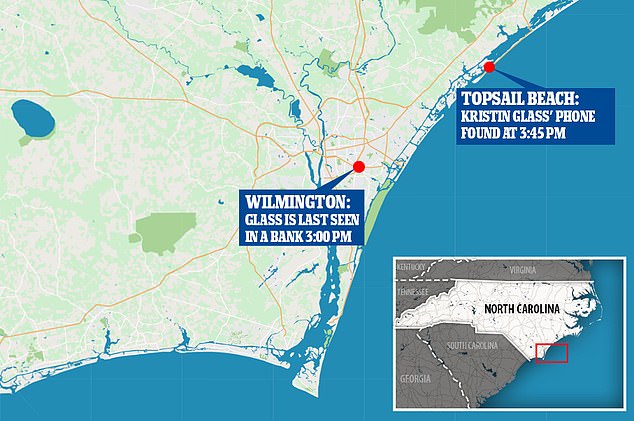 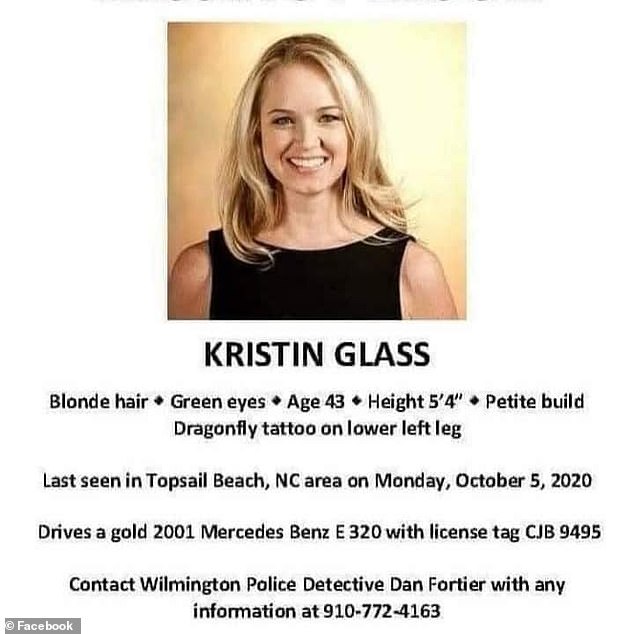 Glass is described as blonde with green eyes and a petite build. She has a dragonfly tattoo on her left lower leg.

Her Facebook profile states Glass studied marketing and international business and trade at Florida Atlantic University and is now an account executive at Sage Island.

Glass’ half-sister, Coxe, wrote on Facebook: ‘My half sister Kristin Glass is missing and we are worried sick.’