One of NRL’s top referees has revealed a controversial call he made in the 2019 grand final led to his children being bullied, cops protecting his house, and him contemplating suicide.

‘I’ve thought about a lot worse than just walking away,’ Ben Cummins told The Sydney Morning Herald when asked about the severe backlash he received from fans of the game.

Cummins, 46, was refereeing the Canberra and Roosters final when, with eight minutes left, he signalled the Raiders should have the ball for six more plays after a Roosters player appeared to fumble the ball. 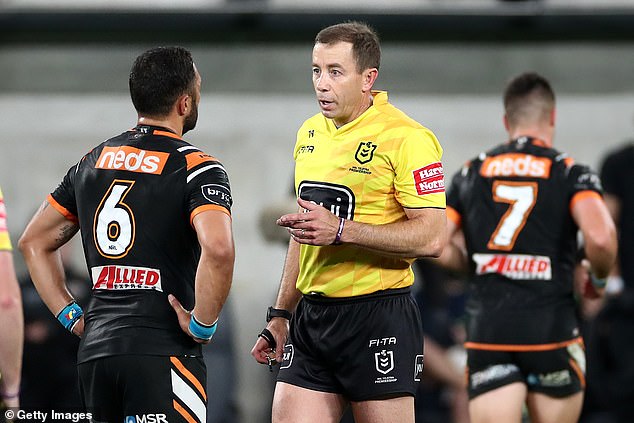 ‘I’ve thought about a lot worse than just walking away,’ Ben Cummins (pictured right) said about the controversy surrounding his 2019 grand final call

He immediately changed the call, however, Canberra’s Jack Wighton didn’t hear, resulting in the ball being turned over to the Roosters – who then scored the match winning try.

Cummins revealed in the hours following the match one angry fan posted what they thought was his address on social media – leading to police patrolling his house for days afterwards.

His 15-year-old son, he said, continues to be bullied at school a year later, while his daughters – aged 17, 19, and 20 – have all experienced vitriol through social media.

‘My young fella was copping a fair bit at school, so I had to pull him out … [My daughters] don’t say much about it but they see the comments and it affects them,’ Cummins said.

When asked if he had contemplated suicide, Cummins said: ‘I’m not proud of it but I thought about it. I was in a dark place after the grand final …If people could just realise what goes on inside your head when these things happen. Not just for myself but my family.’

Cummins said one of the things he found most difficult was being ashamed of how he performed in the grand final. 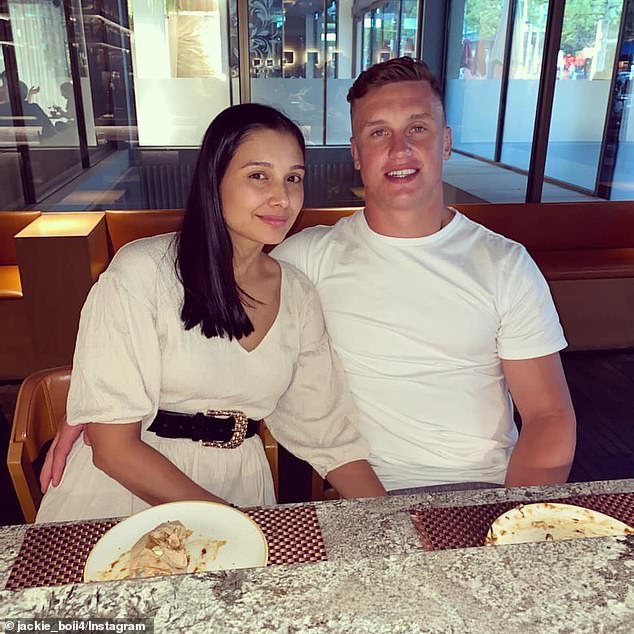 Explaining what went wrong, Cummins said a high kick from the Raiders appeared to have been fumbled by a Roosters players and he made the call quickly to reset the Raiders tackle.

However, the line judge quickly told him the ball had bounced of the players shoulder leading him to backflip on call.

He revealed he first realised the magnitude of the mistaken call when the cameras were on him as the siren blew when they should have been on the players.

In the locker room, the head of the NRL and the competition’s media manager, visited him to warn him of the brewing controversy and from there it only escalated, Cummins said.

After he spent a week in literal hiding inside his house after the match he took his family to Papua New Guinea, where he had done volunteer work 20 years earlier, and spent the next few months avoiding the spotlight.

He eventually returned to Australia and his refereeing with the NRL in the 2020 season. 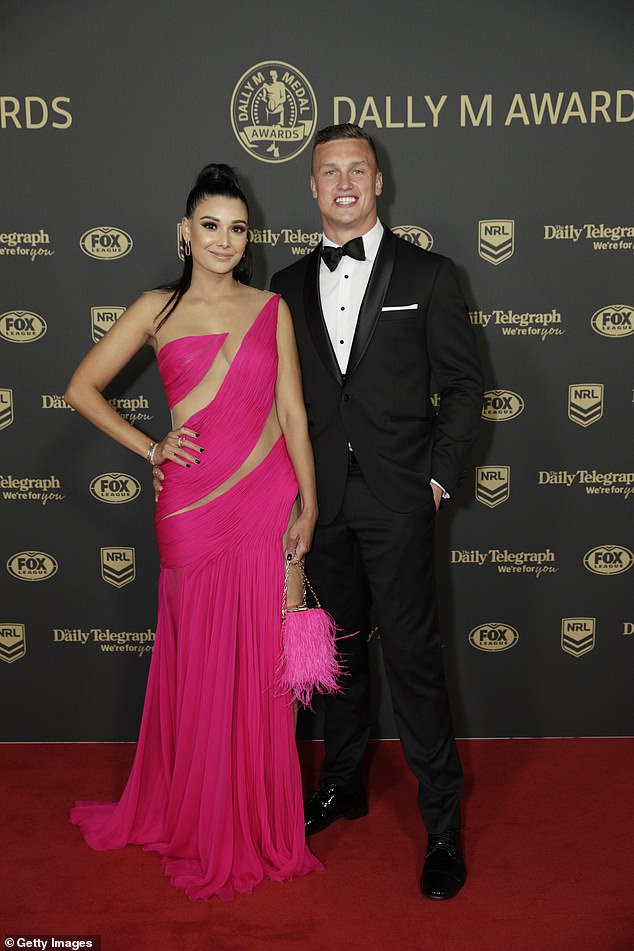 On Friday night, the Roosters will play the Raiders in an NRL semi-final – a repeat of last year’s grand final lineup.

Cummins said he was told by NRL bosses he would not be needed for the game, adding that part of him was relieved the pressure was off for the rest of the season.

Asked what he wants to achieve by bringing up the incident, Cummins said he wants the ‘perpetually outraged’ narrative around referees to change.

On whether he will return next season, Cummins says he is still deciding, though if he does return he will break well-known referee Bill Harrigan’s record for the most number of NRL games, set at 393.

New driver, 19, walks free from court as she is cleared of killing three friends in crash

New driver, 19, walks free from court as she is cleared...

Ireland are ready to front up and show their inner steel...