A clinical psychologist has gone viral after introducing TikTok users to the interesting phenomena known as the ‘Thatcher Effect’.

The Thatcher Effect is named after the former British prime minister whose image was first used for the trick when it was created in 1980 by Professor of Psychology Peter Thompson of the University of York.

The mind-bending visual test shows how the brain tricks the eye to not ‘see’ inverted facial features in upside down images but is able to recognise the error when the images are right way up.

London-based clinical psychologist Dr. Julie Smith stunned TikTok users when she shared a short video on the social media platform asking users to look at a selection of photos that had been changed for the effect, including singer Adele, former US president Barack Obama, and rapper Kanye West. 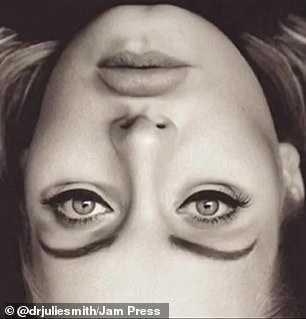 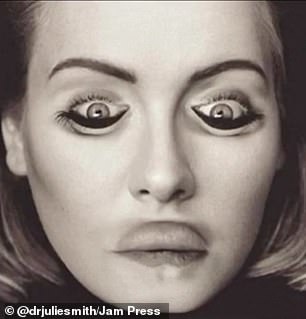 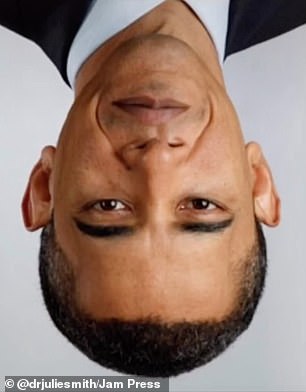 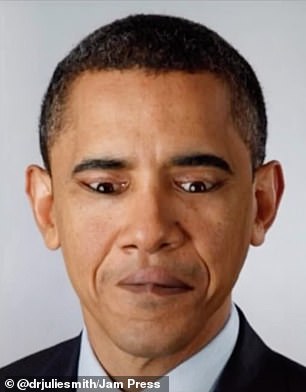 The clip, which has now gone viral, sees a selection of celebrity faces shown upside down with some of their features inverted (left). It is only upon turning the image the correct way, viewers are able to recognise the inverted features (right)

In the video, Dr. Julie explains: ‘Check out these photos, you’re about to experience something called the Thatcher Effect.’

She went on to show several images of celebrities, but the photos, however, are flipped upside down.

‘Notice anything strange?’ she asked.

Incredibly, despite the photos being upside down, the human brain recognizes the people and their facial expressions. 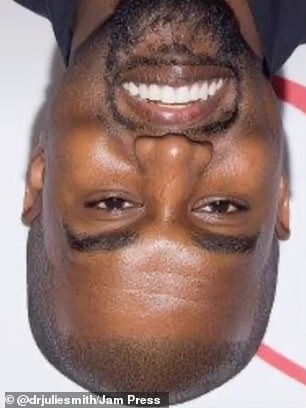 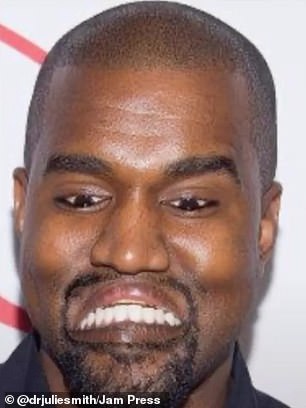 In the example above, singer Kanye West’s face has been flipped upside down, while his eyes and mouth remain the correct way (left). When the image is inverted, viewers are able to identify the oddities (right)

What is the Thatcher effect?

The Thatcher effect, also known as the Thatcher illusion or Eyesmouth-Wrongway, is a phenomenon where it becomes more difficult to detect local feature changes in an upside-down face, despite identical changes being obvious in an upright face.

It is named after the late British prime minister Margaret Thatcher, on whose photograph the effect was first demonstrated.

The effect was originally created in 1980 by Peter Thompson, Professor of Psychology at the University of York.

The effect is illustrated by two originally identical photos, which are inverted.

The second picture is altered so that the eyes and mouth are vertically flipped, though the changes are not immediately obvious until the image is viewed in normal orientation.

This is thought to be due to specific psychological cognitive modules involved in face perception which are tuned especially to upright faces.

Faces seem unique despite the fact that they are very similar.

It has been hypothesised that we develop specific processes to differentiate between faces that rely as much on the configuration (the structural relationship between individual features on the face) because the details of individual face features, such as the eyes, nose and mouth.

She told users: ‘Now flip your phone upside down, have another look.’

Bizarrely, the faces had been altered, with some of the features turned the wrong way around, something humans don’t tend to notice when the images are upside down.

Smith explained this as the Thatcher Effect.

The video quickly went viral, racking up a whopping 33.1 million views with nearly 4 million likes and over 68,000 comments. 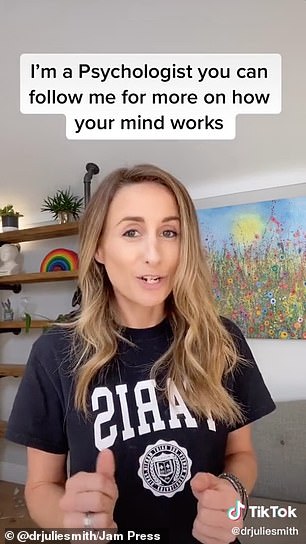 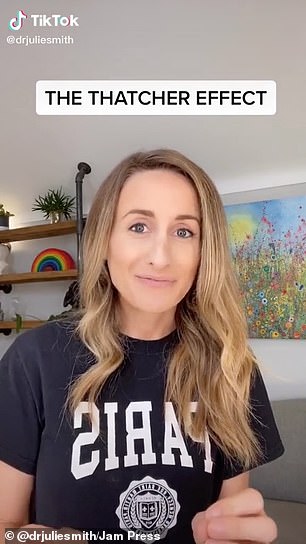 London-based pyschologist Dr Julie Smith wowed TikTok users when she shared The Thatcher effect in a video on the online platform, with the clip quickly reaching 33 million views

One person wrote, ‘That’s crazy, the brain is amazing!’

While a third person added, ‘Ouch, that hurts my brain.’