Arsenal defender Rob Holding is due to have scan on his injured hamstring tomorrow after being forced out of their clash with Manchester City.

Holding was set to start at the Etihad but felt a tightness in his hamstring during the warm up and had to be replaced in Mikel Arteta’s side by David Luiz.

Arteta confirmed in his post-match press conference that Arsenal were unsure of the severity of centre-back Holding’s injury though that will become clearer once they have his injury assessed. 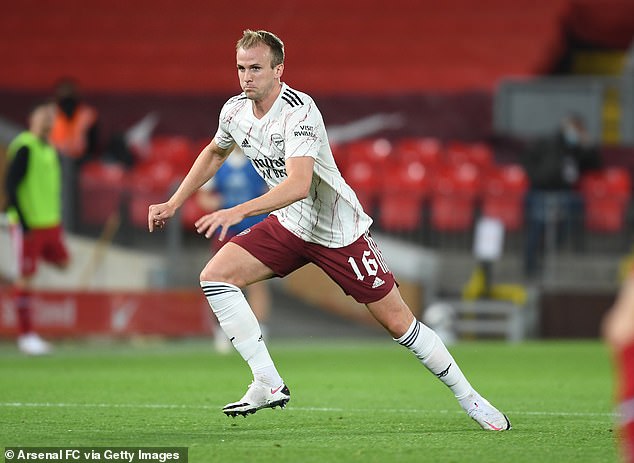 Arteta said: ‘It was bad enough to make the decision to get him out of the game and get David in. David was really focused, he came on and I think he had a great game.’

Holding looked set to leave Arsenal on loan this summer, with Newcastle pushing to sign him, following the permanent additions of Gabriel and Pablo Mari plus the loan return of William Saliba.

But he has impressed Arteta and emerged as a regular pick for the Arsenal manager, being named in the starting XI for all but one of their eight games so far this season.

Arsenal are next in action on Thursday when they kick off their Europa League campaign at Rapid Vienna. 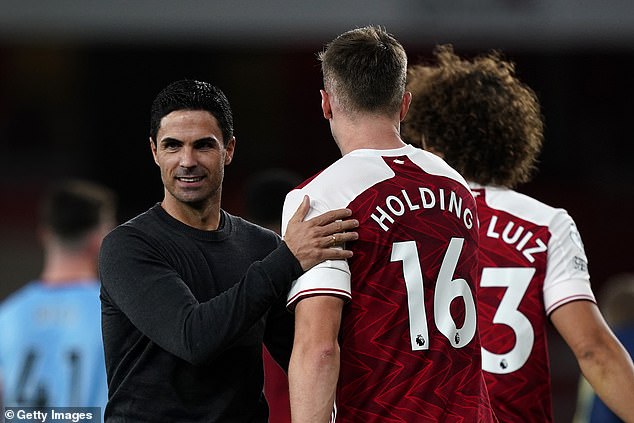 Community rallies behind ‘Lady’ the rowdy rooster after council complains to...

Donald Trump boasts about his breakneck rally tour as he heads...

Clarks enters talks with landlords over plan to shut 50 stores