By Adry Torres For Dailymail.com

This is the shocking moment a military helicopter crashed in Mexico, killing a police officer on the ground on Saturday.

Javier Gerezano Baxin, 30, a member of the Veracruz state police, had just arrived in a patrol vehicle to transfer two people who had been rescued from their kidnappers in a mission that took place earlier in the day.

A bystander recorded a Black Hawk helicopter hovering over a soccer field in the municipality of Tehuipango as it was attempting to land before it suddenly plummeted to the ground. 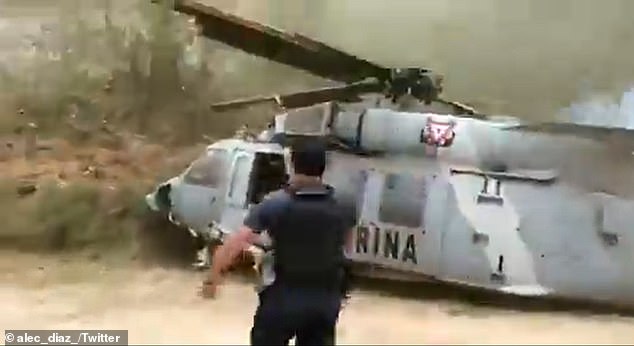 A law enforcement agent in the Mexican Gulf state of Veracruz rushes to a Marine helicopter after it crashed Saturday, killing police officer Javier Gerezano Baxin, who was waiting on the ground to transfer two people who had been saved earlier in the day from their abductors 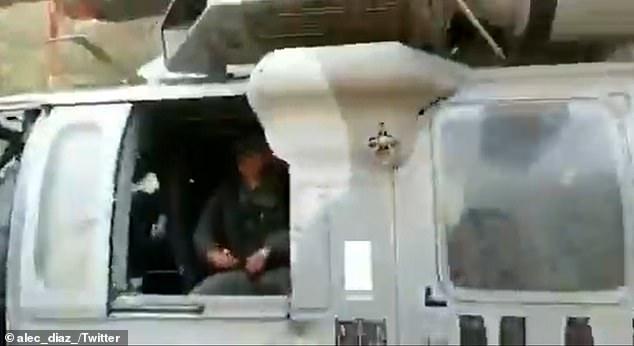 The Mexican military dispatched a Black Hawk to pick up two kidnapping victims that had been rescued in an operation early Saturday morning. A bystander recorded the moment the helicopter was hovering over a field before it suddenly plummeted and killed a cop on the ground 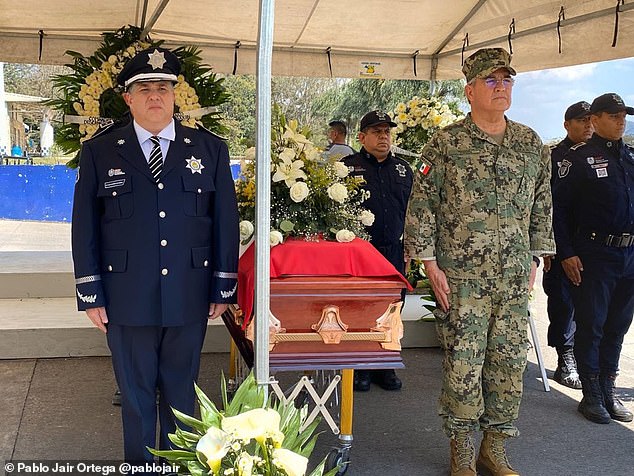 Javier Gerezano Baxin, a member of the Veracruz state police, was laid to rest Sunday

A massive cloud of dust engulfed the area as the helicopter’s tail landed several feet from the aircraft and a police pickup truck.

According to Hugo Gutiérrez Maldonado, secretary of Veracruz Public Security, officer Baxin was seated in one of two police vehicles that were struck by the helicopter.

A law enforcement agent’s camera also recorded the moment he ran toward the fallen Black Hawk to aid the soldiers.

The accident injured at least eight soldiers and two members of the National Guard, according to the Secretariat of the Navy. 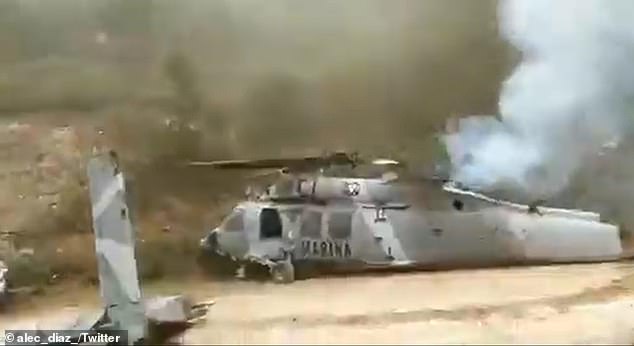 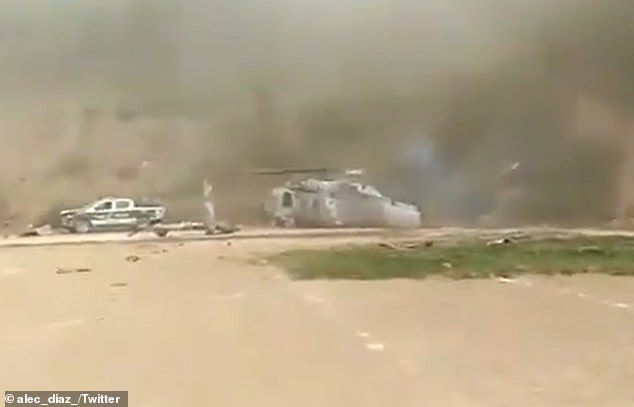 A police officer was killed and 10 soldiers were injured when a Marines helicopter crashed Saturday in Veracruz, Mexico

A preliminary report indicated the crash was caused by adverse climate conditions, according to Mexico newspaper El Universal.

Baxin was laid to rest Sunday following a ceremony at the state police headquarters  in the Veracruz municipality of Cordoba. 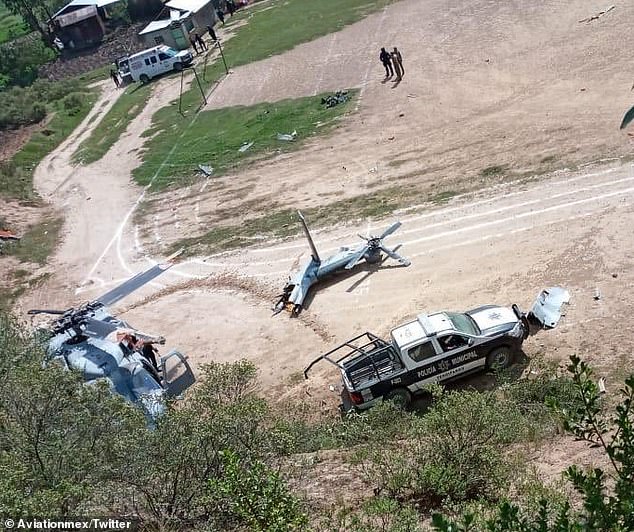 The military helicopter’s tail broke off and landed near a police pickup truck after it crashed near a soccer field in Veracruz, Mexico