The CEO of SoulCycle was ‘pushed out’ of the company after buying two Dior bags on the company credit card, former employees have revealed.

Melanie Whelan left SoulCycle in November last year after four years as CEO of the spinning giant that boasts a cult following.

She had been given the job by the head of Equinox, another luxury fitness brand, after they bought SoulCycle in 2011.

In a series of interviews with Business Insider published on Friday, former staff claim that Whelan was ill-prepared for the role, and created a ‘toxic’ work environment by expecting staff to give up their work-life balance, as she did.

They claim the tipping point for her departure was the Dior bag incident which happened in the summer of 2019. 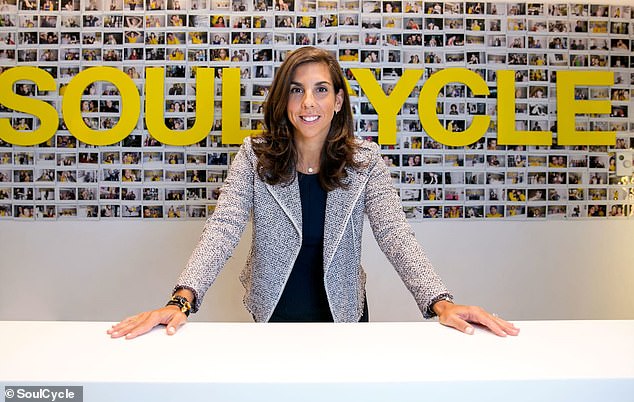 One of the bags was a gift for Patrick Ryan-Southern as a congratulations for opening a new studio in London. The other, the former employees claim, was a book bag for herself.

There was a furor over the bags which the former staff said were an extravagant purchase.

Whelan told Insider that she reimbursed the company for them and that she was never told to produce receipts for them.

‘In 2019, following the opening of SoulCycle’s London studio, I decided to buy a thank you gift for my colleague who had led the massive operational effort — including relocating and working most evenings and weekends — for this incredibly successful market launch.

She also expensed $750 helicopter rides through the elite private charter company Blade to take her from Manhattan to her home in the Hamptons.

She defended the journeys, saying: ‘This allegation is true.

‘On the very rare occasions when I needed to work in the company’s New York City office late into the evening and had to be in one of four Hamptons studios for an early company event in the morning — I therefore took a helicopter to maximize my time in the office and also see my children for a few hours before arriving in the studios in the morning.’

She was also criticized for approving Uber rides for ‘favored’ members of staff, including one-way journeys that cost $250.

‘I purchased one bag for myself, as well, for which I fully intended, and did in fact, reimburse the company,’ she said. 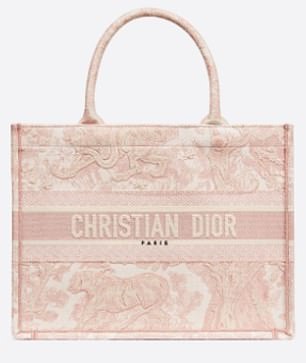 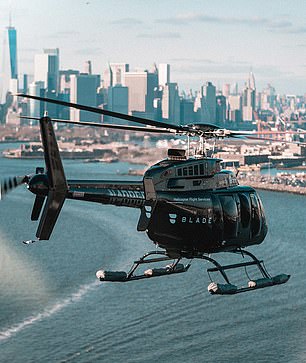 Whelan bought a Dior bag for herself and for an employee. Whelan also regularly expensed $750 rides on Blade helicopters from the city to the Hamptons

But the sources quoted claim it was the ‘tipping point’ of her departure.

Soon afterwards, they say Equinox leaders in New York started gathering in offices, at Starbucks and nearby restaurants to discuss her departure.

It was announced in November last year. Whelan said it was mutual. 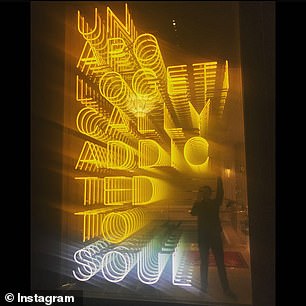 The sources from SoulCycle talked about how the cult-like spirit of their ‘start-up’ was threatened by parent company Equinox, which operated a more business-like model

The sources say that she was propelled to her high position too soon and under her leadership, a toxic culture thrived.

‘It was the norm to be available at any and all hours of the day, weekends very much included.

The hours were extremely intense, and everyone was expected to answer emails within two hours at the most,’ one former corporate staffer said.

A previously filed lawsuit alleges that Whelan once told an expectant father in the company that ‘paternity leave is for p*****s’. She vehemently denies that allegation.

The staffers say though she did not respect their personal lives and regularly reminded them how she’d started work at SoulCycle within works of giving birth.

Two staffers claimed they were discouraged from taking sick days, and others say forced her assistants – of which she had four in five years – to stand at their desks when she entered a room.

‘Everyone was subservient to Melanie. If you weren’t in that echelon of favoritism, you were spoken down to. It was like Mean Girls’.

The employee compared her to Cersei Lannister, a character from Game of Thrones.

Whelan denied all the allegations that she fostered a toxic work environment. 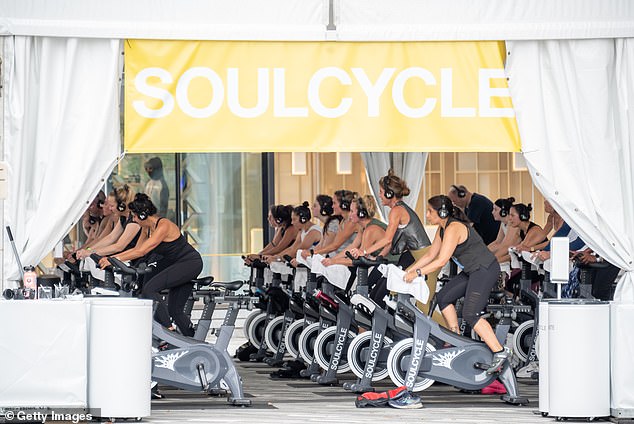 ‘I always encouraged our teams to leave as soon as their work was done, to ride in the studios whenever they wanted, and to prioritize their health,’ she said.

Other executives – like former head of retail Caroline Gogolak – vouched for her.

‘I was a happy employee,’ Gogolak said. Another said she was just a good leader.

‘If you have thin skin or are underperforming, you’re going to feel it from her.

‘At SoulCycle, people showed up there with this ‘kum-ba-yah, we all love each other’ spirit, because that’s the culture.

‘But that doesn’t mean that you don’t need to perform. If a man has conviction or pushes people on their numbers, is that being a bully?’

Whelan grew the company exponentially, hiring more than 2,000 people and boosting revenue from $36million in 2012, when she joined as COO before becoming CEO, to $250 million in her final year.

But the company has been plagued by a handful of setbacks. 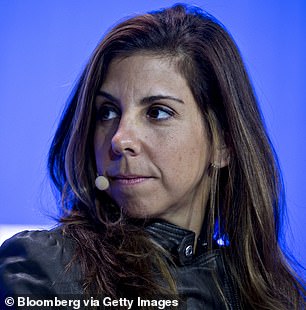 Aside from the fact that the global pandemic shuttered studios for weeks – something the entire fitness industry has had to cope with – SoulCycle was already facing stiff competition from at-home bike rival Peloton.

To compete with it, they made their own bike for riders to have in their homes and access classes through digitally.

But the day they launched their at-home bike, it was reported that Equinox owner Stephen Ross was hosting a fundraiser for President Trump.

The news set SoulCycle’s following of young and largely left-leaning customers into utter dismay. Celebrities called for a boycott.

It swamped any news of the at-home bike being released.

‘The Trump fundraiser news breaking the day they announced the home bike was an omen of many bad things to come. That product was cursed from the beginning,’ a former high-ranking executive, who has since left the company, said.

Then ensued a corporate fight over whether SoulCycle or Equinox would sell the bike and be respsonsible for it. Ultimately, Equinox bought the intellectual rights to it and took it on as it own.

It was one of many clashes between the two companies that Whelan found herself in the middle of, the sources said.

‘Equinox had lots of MBAs. SoulCycle was like a start-up. People used lots of exclamation points in emails…Melanie did a good job of shielding us. And I think it was hard on her,’ one former staffer said.

It was Equinox’s decision, they claimed, to raise SoulCyle class prices from $30 to $36 and decreased instructors’ salaries, they claimed.

They were told to grow too quickly, they said, opening 10-15 studios per year which the former staffers say was unrealistic.

‘We were asked to open a lot of studios — 10 to 15 studios a year — which impacted the morale of the instructors who struggled to fill the rooms. They tried to grow too fast, and it turned toxic,’ another former staff said.

She was replaced by Sunder Reddy.

Some staff have speculated that it could be heading for bankruptcy, like competitor FlyWheel.

The company insists it is not in any financial trouble.

Eleven executives have left in the past year, and star instructors have alleged racism and other workplace misconduct.