Ten million households have struggled with poor broadband during the coronavirus lockdown, affecting people’s ability to work from home, new research has found.

Increased internet usage amid lockdown has led to more than one third of UK households, the equivalent of ten million homes, experiencing slower connectivity.

Most people who have struggled with poor internet connection said that their broadband has affected their ability to work from home at some point, according to research by comparethemarket.com.

More than one fifth of people said that they have been completely unable to work from home on several occasions during lockdown. 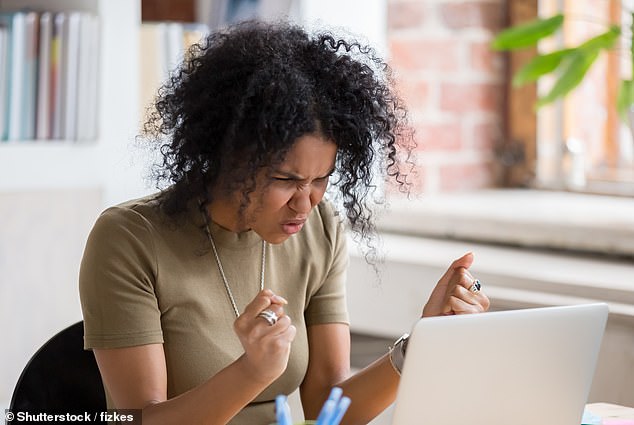 Ten million homes have reported slower broadband connectivity during the coronavirus lockdown, according to a poll conducted by comparethemarket.com (stock photo)

According to the poll, more than one in ten households described their broadband speed, reliability and reach as ‘bad’.

Almost three quarters of UK households have increased their internet usage during lockdown but despite connectivity issues, 84 per cent of households have not considered changing suppliers.

But 43 per cent of those who were looking to change provider were hunting for an improved service or better deal.

Almost half of those that did switch supplier opted to pay more for a faster and more reliable connection, while 44 per cent managed to pay the same or less for improved services.

Holly Niblett, head of digital at comparethemarket.com, said: ‘The millions of people who rely on their broadband at home for a wide range of reasons – work, paying bills and keeping in contact with friends and family – know first-hand how frustrating and inconvenient a poor internet connection can be. 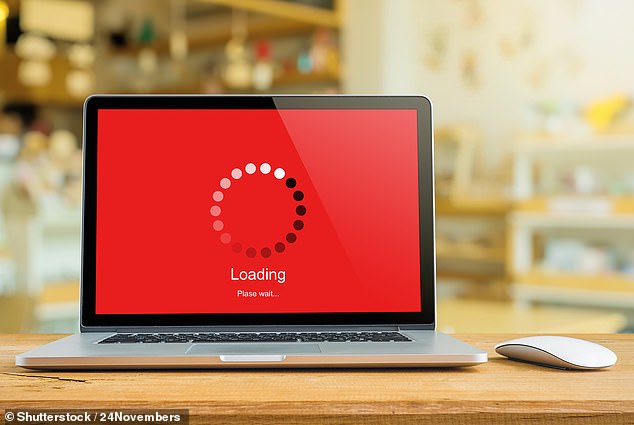 According to the research, more than one in ten households described their broadband speed, reliability and reach as ‘bad’ (stock photo)

‘We know from our own research that the COVID-19 lockdown has seen almost three quarters (74%) of households increase their internet usage, yet many are stuck on inadequate and expensive packages that don’t meet their requirements.

‘In shopping around for a better deal, customers have access to a range of fast and affordable broadband packages that can cost less than their existing deal.

‘When comparing broadband packages, customers should be mindful that many providers bundle broadband with TV packages, which can work out cheaper than purchasing the two separately.’

This comes after a YouGov survey found that 28 per cent have noticed their internet connection has become slightly worse than usual since lockdown.

It was reported in June that just over half of the 2,301 people questioned said they had problems completing work-related tasks as a result of connection problems.

Three quarters of those questioned by YouGov claimed they were going online more heavily due to lockdown, including working, going to school and staying in touch. 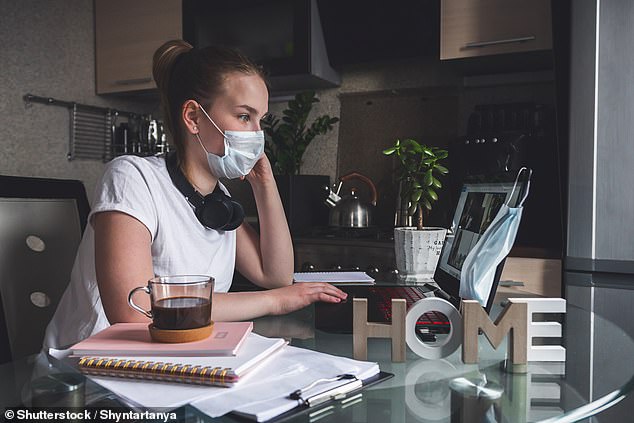 Almost three quarters of households increased their internet usage during lockdown but despite frustrations, 84 per cent of homes have not changed suppliers (stock photo)

But 57 per cent of participants questioned said they noticed no change in the performance of their home internet connection.

In May, analysis by regulator Ofcom suggested that download speeds have only fallen by an average of 2 per cent since lockdown began in the UK.

The average broadband speeds have held up but people’s connections have been under much higher demand, according to the telecommunications regulator.

At the time, an Ofcom spokesperson said this increase in demand ‘can mean some services slow down even on a good connection’.

Ofcom shared tips for staying connected during the lockdown on its website, including doing regular speed checks on your connection and only using keeping broadband routers away from other wireless devices.